All the Days We Can't Leave Behind 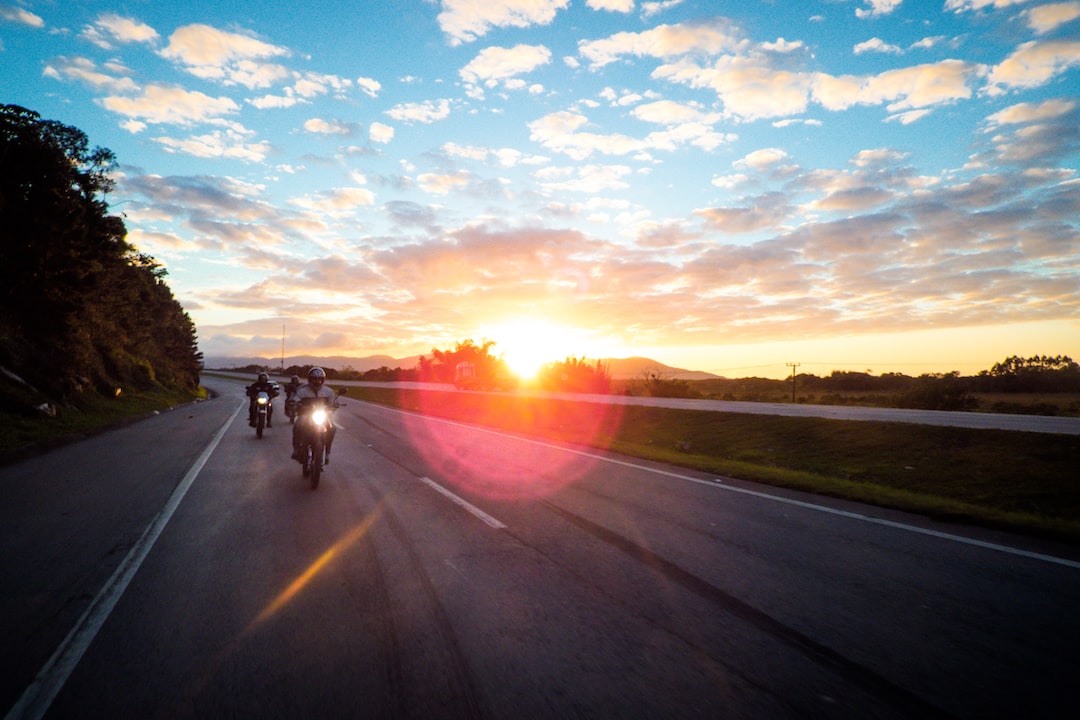 From the author: When a tragedy is “rewound” with the help of time travel, a couple finds they still must cope with the emotions it brings.

I don't mention the days between. She's back now, so it doesn't matter. Right?

I try to pretend it didn't happen. (It did, but it didn't.) We continue our routine of "before," with takeout-box debris and scribbled Post-it fridge messages and her helmet – intact and unscratched – by the door. Everything's the same, save for the constant buzzing of awareness in my mind, sharp and persistent. I can't forget how fragile this all is, how easily one can slip from here to not-here, from the highway to a drawer in the morgue.

(The drawer was cold and loud on its runners. One of her boots was missing. The coroner gestured to the brochure in my pocket and sighed. "You'll still remember this. They told you that, right?" He clicked his pen and tucked it behind his ear, among wiry and haphazard hairs.)

I should be grateful that the Rewind worked as advertised, that I'm the only one who remembers those days. Yet sometimes she'll run a finger down her hairline, as if subconsciously, she expects there to be a gaping, angry wound there. (There was.)

"Stop looking at me like that," she says as she catches me watching.

"I don't know. Like I'll disappear if you let me out of your sight. It's unnerving." Normally, when we bicker like this, she'll grab her jacket and go for a ride to clear her head. But when she reaches into her pocket, the keys aren't there. We search the apartment for hours, emotions flaring. I avoid the loose floorboard where I hid them.

The bill arrives in the mail. Somehow, it follows me from the missing days. I can't hide a debt that large, and with REWIND, INC on the label, I can't lie.

(The cost was high, but I didn't care. Pay by the hour! Money back guarantee! My eyes glazed over the block of fine print. I scrawled my signature on the dotted line and tossed the clipboard onto the desk. "How soon?")

We sell the motorcycle to pay for it, rather than cash in the "for an emergency" bonds from her Gramps. Even as the bike is hauled away, she doesn't argue with what I've done. But I wonder, by the look in her eye, if she resents it.

She takes the dog out on long walks around the block; I pace the kitchen until I hear them on the steps. She goes out to lunch with the girls to kick back; I call to check in every hour.

"I'm fine," she fumes over the click of silverware in the background. "Stop smothering me. You've got to let this go. Nothing's going to happen."

"I can't." The words squeeze painfully past my heart. "It already did."

"It was." It's easier to admit on the phone, easier to confess when I can't see her eyes. "I didn't tell you: I was the one driving."

(I was going too fast, showing off on the highway. The road was too slick from the rain. I turned too sharply. The motorcycle wobbled. Then my entire world flipped upside-down.)

I hang up the phone before she can respond.

She drifts in the door hours later. In the kitchen's sickly yellow light, her mascara smudges are shadows of her pain. I wait, braced for the anger, the contempt. I brace myself to lose her again.

She passes her coffee cup from hand to hand, not saying a word. Not meeting my eye. When the silence grows too deep, I finally dig out my courage.

"I'm so sorry. I thought the Rewind would fix it all," I say. "That the guilt would disappear, too."

(I thought that she wouldn't find out. That the nightmare would fade in the daylight of this new time. That we could go back to what we were before. That I could forget it all, too. I told myself that as they strapped my limbs to that machine. As they checked my vitals and made the calculations. As the buttons lit up and the countdown began. As they hurried from the room, lest they be tossed back, too.)

When she leaves the kitchen, I think that's the end. We're done. She's gone for good. But before I can even process it, she's back, sliding the bonds across the table.

It's a perfect day: clouds retreating, breezes blowing, engines rumbling on the open road. We have hours before dusk. We have all weekend before work. We have all the time in the world.

I meet her at the door, her helmet held out as an offer. "What do you say? How about a ride?"

Her smile is melancholy, like there's something she's not saying. Like I've forgotten something I ought to know. My mind flicks through its rolodex – did I miss an anniversary? a birthday? There's nothing that comes to mind.

She takes the helmet and hangs it up on the wall, with a single word: "Tomorrow."