Aboard The Lady Maria 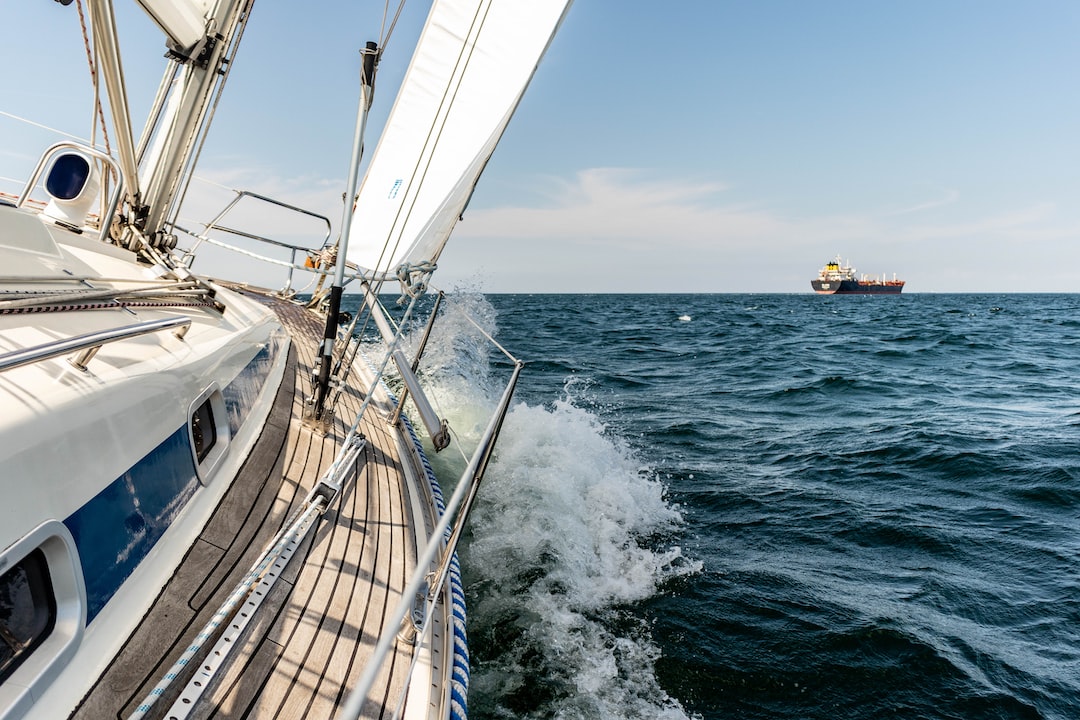 Photo by Michael Held via Unsplash.

From the author: Originally published in Big Pulp. Just a little horror piece. My own take on...well, read it and find out.

Ocean spread out as far as any eye could see. Only a strong telescope would have detected the land. It was calm, with not a breath of wind.

The yacht Lady Maria rested on the glassy surface. Her anchor had not been lowered, the wind and current not being enough to move her from the spot. On her foredeck lay a very young woman, dressed in a yellow bikini. She lay on her front, the straps of the bikini pulled off of her back to avoid tan lines, her breasts flattened against the deck itself. She seemed to be asleep.

At the wheel, an older man, old enough easily to be that woman's father, although there was no physical resemblance between the two. He had the boat heaved to and was reading a book.

They were, in fact, becalmed. Which in this day and age is no great terror...if all else failed, the Maria had an auxiliary, but they were determined not to use it until they had to. She had a radio. The fact that there was no wind was not a threat to life and limb, but rather an excuse to relax.

The young woman finally sat up, her brown aureoles visible for a moment before she re-secured her top. She did not seem to care if anyone saw her, and, for that matter, who would?

There was a third person on the yacht. That third person lay in the cabin, a pimply young man. The misery on his face indicated that severe seasickness had recently been experienced, although now he was stirring, starting to sit up, perhaps emboldened by the lack of motion the boat was currently displaying. He wore only a set of shorts, but the body thus shown had nothing special about it...it was scrawny and pale. He headed back, to the head, emerging a moment later with a befuddled expression before he started to climb up on deck, closer to the wheel than to where the woman now sat, rubbing on more sunscreen in a vain attempt to prevent the cancer she was courting.

"Dude. Where's the..." He tailed off, glancing off the back of the ship. At such an angle, only he could see the other boat coming towards them. "Watch out!"

The man at the wheel, who's name was Paul, turned...and then he kicked the auxiliary into action. Determined not to use it as he was, the other craft...somewhat larger...was coming in at speed, and coming right towards them.

The Maria leapt into motion, her narrow hull cutting through the waves.

"That's one lumbering whale of a boat. Who's not looking where he's going." Paul lifted his voice. "Ahoy!"

No response from the boat. It seemed to be ignoring them, but it, at least, kept on sailing past.

"I'm going to report him to the Coast Guard."

"Did you hear its engines?"

"No..." Paul tailed off, frowning after the boat. It had no sails and in any case there was no wind.

Then it was suddenly turning, within its own length. The Maria heeled away.

The woman, moving into the wheelhouse, had turned pale under her tan. "Are they trying to run us down?"

"Yes," Paul said, shortly. "Hold on." He put on all speed, wishing for a wind. Any wind, even the breath of a wind. The Maria was far faster under sail than she ever could be on the auxiliary, and there were tricks he could do that he could not do with an outboard.

It missed them again, but so close they could feel the wind from its passing. Cold and chill it was, but it touched the yacht's sails not at all. It was as if it only had the reality it chose to have, here on the blue ocean.

The skies remained blue, the sun still beat down, as the boat chased the Lady Maria.

The girl slapped him, hard, the red imprint of her hand on his cheek. "Stop that. We'll definitely die if you..."

The yacht heeled again, and David almost went overboard. "Maybe we should jump."

Paul was focusing on the wheel. "We're too far from shore. Who would pick us up? Them?"

The boat bore down on them, and then it struck...it struck aft, knocking the Maria sideways through the water. The three were flung into the ocean. The water was cool, chill after the heat of the sun, but not cold. The woman, not wearing a life jacket, flailed before she tread water. Paul had found his own water legs faster. He spun in the water. "Dammit."

David...there was no sign of, for he had been swept under the boat, down into the dark water, from which he would not rise until doomsday, should such an event occur.

The stream of curses that came from Paul were no more productive than David's earlier hysterics. As the boat turned again, the woman, Helen, treated him in the same way.

"Which direction is shore?"

Helen shook her head. "You go." She had found something within herself most people possess to some degree, but few ever really learn to use. Courage.

Instead of swimming away from the boat, she swam towards it.

"Helen!" Paul screamed, not wanting to see the young woman pulled under. Or, worse, chewed up and spat out by it.

"Go!" It was still silent, it made no sound this boat, it was nothing but a shadow, as she got closer.

As she reached for the side of it, as she lunged for the ladder that so conveniently fell down the side, a chill ran through her. Her blood turned into ice, and she knew, knew with everything that was in her that if she did this she would never return to the world of the living.

What was it the Dutchman sought? A beautiful woman. Paul had said 'a Dutchman', though. A ghost ship, and...it was about to kill Paul.

That carried her up and onto the deck and into the wheelhouse. Her hands on the wheel, and she tried to turn it. Tried to. All of her strength, for a moment, could not budge it.

"You have me. You don't need him as well," she screamed to the air, to nothing, and it spun in her hands, swerving the boat away.

"I love you, Paul," she called, and then she looked again. It was solid to her now, the boat, the reality around it flowing away, becoming mist.

But there was no voice, and in truth, there was nobody on board. It was not a man who sought a beautiful women.

It was simply a boat, that sought a pilot. A boat from which Helen would never again step ashore...but which would claim no more victims, for she had done what she had done out of love, not a desire for revenge.

What of her Paul?

That was the real tragedy. He never loved her.