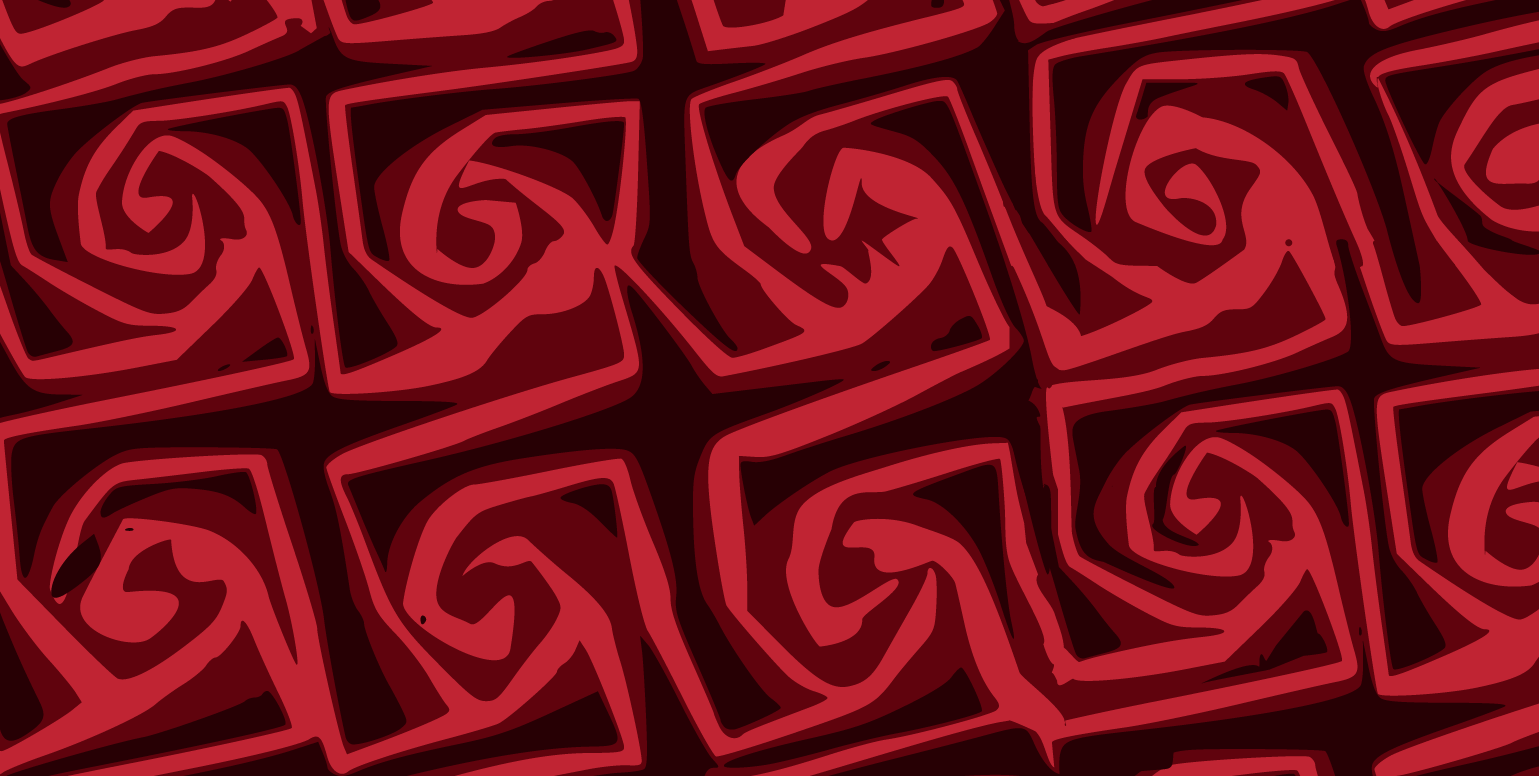 From the author: Ellery thought she knew her mother, until she didn't.

“Did you see the report on the spy from Aberdeen? The game is a-foot.”

I mumbled something like “No, sounds interesting.” All I remember is my usual annoyance at her ability to pronounce hyphens where they don’t belong. We must have been in the living room, her on a rare break from gardening and me trying to divine the future with my seeing stone of a computer. Either I had non-personal coffee in my hand, or my brain decided to add that detail on a later traverse. Why does it only fixate on the useless details—the weird green vase in the corner, the ugly plastic pitcher centerpiece on the table, both overflowing with fresh bleeding roses—that have nothing to do with the plot?

Our next interaction occurred during my viewing of a video reporting the formation of a new island in the Pacific. How uncannily the uncontrollable underwater caustic flow matched my job search situation, I thought idly in the crook of my elbow. Expert in esoteric studies, puzzles, and internal monologues seeking just about any position, really. Inquire within.

“All going as planned,” she mumbled behind me.

“What?” My neck cracked as I swung my eyes towards her, but she was already back in her universe of sprawled notebooks at the other end of the long mahogany slab. I returned to unceasing dark plumes of smoke, occasional almost-faces forming and sinking between blinks.

Now I wish I could stretch my worldline until right there and sew myself back into the story to do something, anything. Because there was no spy from Aberdeen. There was an ordinary man from Aberdeen who attempted to return a fifty-eight-year-overdue library book so moldy it disintegrated into dust when he slammed it onto the library counter. To her, this was a clue, as was the new island, and the exploding whales with hidden messages scrawled on their organs, then the crater on Mars wearing a woman’s face, then full blown paranoid delusions.

On day three I pointed at the edge of an intricate pentagram peeking above her shock of oily black hair. She had one hand propping up her neck and the other furiously scrawling in what must have been her fifth notebook, and they reconfigured into claws, snatching it all away at my question, her eyes feral. I discreetly asked her doctor if he could bring her in for a mental exam, but no, it would be a violation of her rights to not let this farce run to the bitter end.

Yesterday I finally decided I would slip anti-psychotics in her tea, but she was one step ahead, as usual. She told me she was going away. Permanently. The plan was a finished gilded manuscript in her mind, her itinerary planned down to every twist of her bad foot. She was so proud, so solemn, as she gripped my hand and nodded her head a little.

“Thank you for your hospitality.”

Words froze in my throat and shattered, morning frost helpless against her long nails in my palm. Is hospitality how she would describe us? This?

Once upon a time things were simpler. I was her daughter and we were utterly unremarkable. But now she says I was abducted by the shadow international organization—yes, that one—one child of many, and she had to take me in to prove her loyalty. And something about an unpaid debt that she must now repay.

“Why do we have the same face, then?” I asked. The elfish ears and flat nose, incontrovertible facts, a bedrock in my childhood foundation of sanity. We look so alike that strangers grab us in the streets to tell us as much. They ask in jest if a man was even involved.

She waved her hand at such foolishness. It did not deserve a rebuttal. Was it pure randomness and chance in her mind, or my own desperation—perhaps we do not look more alike than any two strangers and those remarks were all planted by shadowy organization number two? Or perhaps a sorting ritual. Imagine a sea of young contestants in a crowd chosen by some faceless red evil on a stage. Arrange yourselves by face shape. The round ones fall through the floor. Then the ones with the pointy noses. Repeat until I remain.

No, she probably believes they went one step further: engineered a child who looked like her so she would be kept due to a genetic compulsion of pity. But they didn’t program me to resemble her in any other way, and that is why I am so disappointing.

In the time it took for me to think through these scenarios she gathered the last piece of her adventure garb from the hooks, waddled to the door, and shut it behind her.

I have to record what I know is true, because even the definition of truth is presently precarious.

I am Ellery Lang, twenty-seven years of age. My mother is Valerie Lang and my father is a lucky sperm in a vial of millions, or so she told me. Merely two weeks ago in uneventful April, I finished school and moved back in with my mother, who appeared to have enough money to spend most of her days in a sunhat fussing over her flowers until the madness took root.

It’s been eight hours since she disappeared in body by thoroughly invading me in mind. I’ve never spent so long thinking about a person as I would a math problem, turning her over and over in my brain and looking for invisible hinges that can be pushed and pulled to reveal some piece of her core. My conclusions are startling.

I don’t know her at all, despite spending all of my pre-adulthood with her. I know she worked for the government for many years, and that presumably she was borne of humans, but even that is an assumption. I also know that other people generally know more about their parents, both the superficial and below the epidermis, but it’s taken an embarrassingly long time for me to realize this. Children accept anything in equanimity, and my friends and I were too busy hacking and slashing the beasts that lurked in the jungle gym to talk about our parents.

I wasn’t born uncurious. I remember attempting to learn about things any child would be naturally curious about—grandparents or the lack thereof, sex, and all the rest. But in all things she was either coldly rational or utterly inexplicable, staring at my flapping mouth as if where’s grandma was a jumble of nonsense phonemes. Besides a clinical description of all possible permutations of intercourse between all varieties of people to a far-too-young mind, she revealed absolutely nothing else. I soon stopped asking.

Was I an unwitting youth participant of her elaborate conspiracy theories? How can I not remember so much, and not even remember that I don’t remember? Unburied memories are washing up ashore now, piece by piece. Like the sink stacked high with petri dishes of mold for months and months. She’d show the pots to me, call the green and glittery white fuzzballs our special friends, and we’d giggle together. Then the pots would disappear, scrubbed from existence, replaced by completely new ones. Rinse and repeat.

Or how about that time she took my favorite things—my stuffed lamb, my books, my markers—and threw them one by one into the trash as I watched, too confused to ask why?

It’s the house, I think. The blank walls let me reconstruct past scenes without distractions, like an old projector finding endless yards of footage hidden inside itself all along. 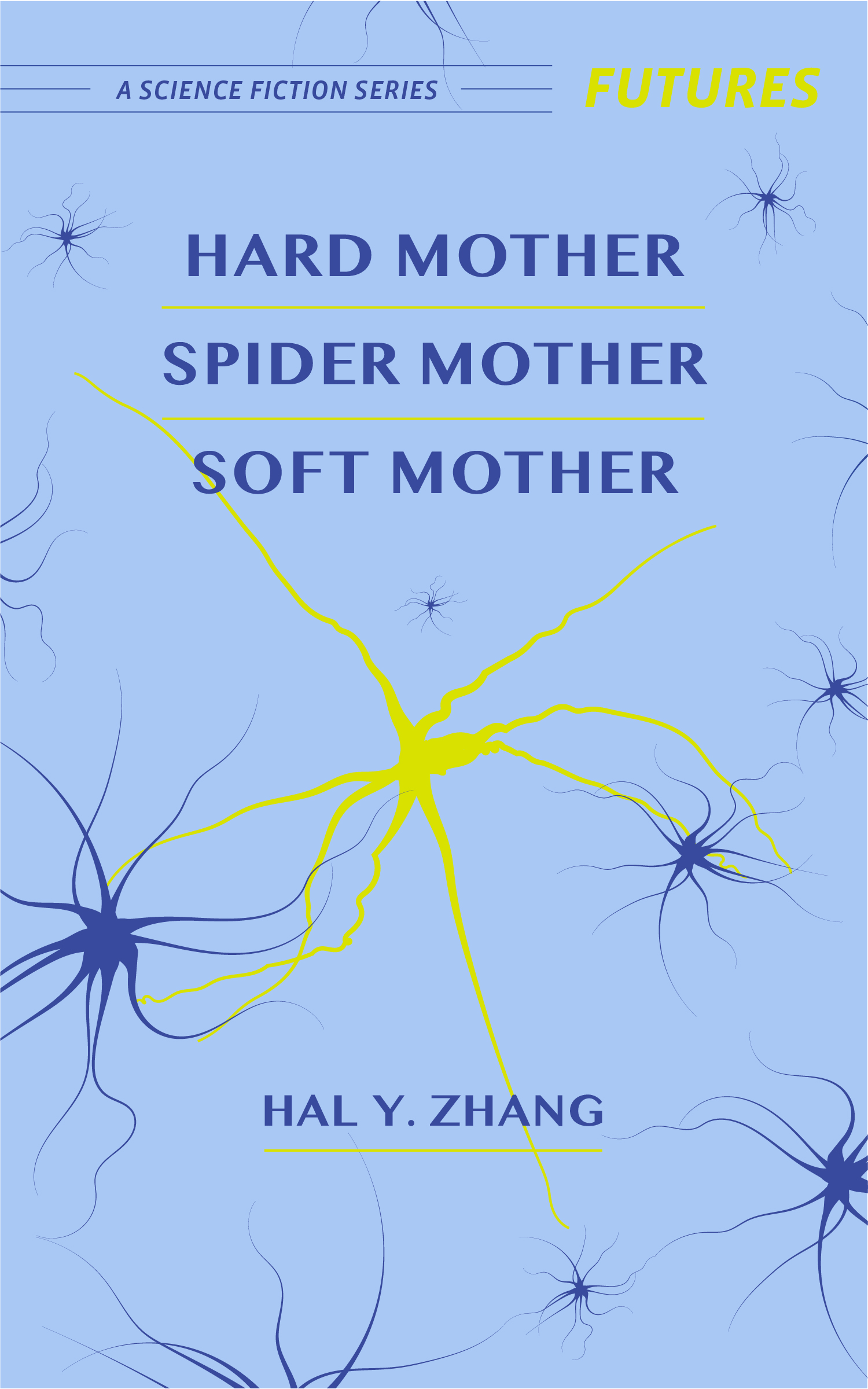 After several days of spouting increasingly strange conspiracy theories, Valerie Lang abruptly leaves her home. Her daughter Ellery stays behind, bewildered and alone in their spartan living room. In a near-future world where citizens are always watched and where "personalization" is part of every day life, Valerie has managed to stay in an era long gone. Ellery's search for her mother reveals how little she knows about her, and stirs painful childhood memories that she can now choose to erase. 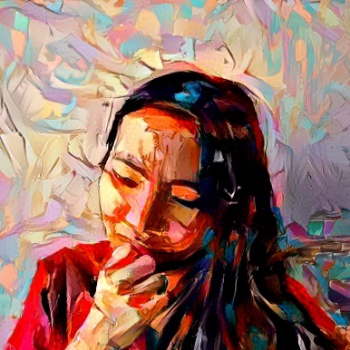