Fantasy Horror Satire Science Fiction news What to do with the dead. 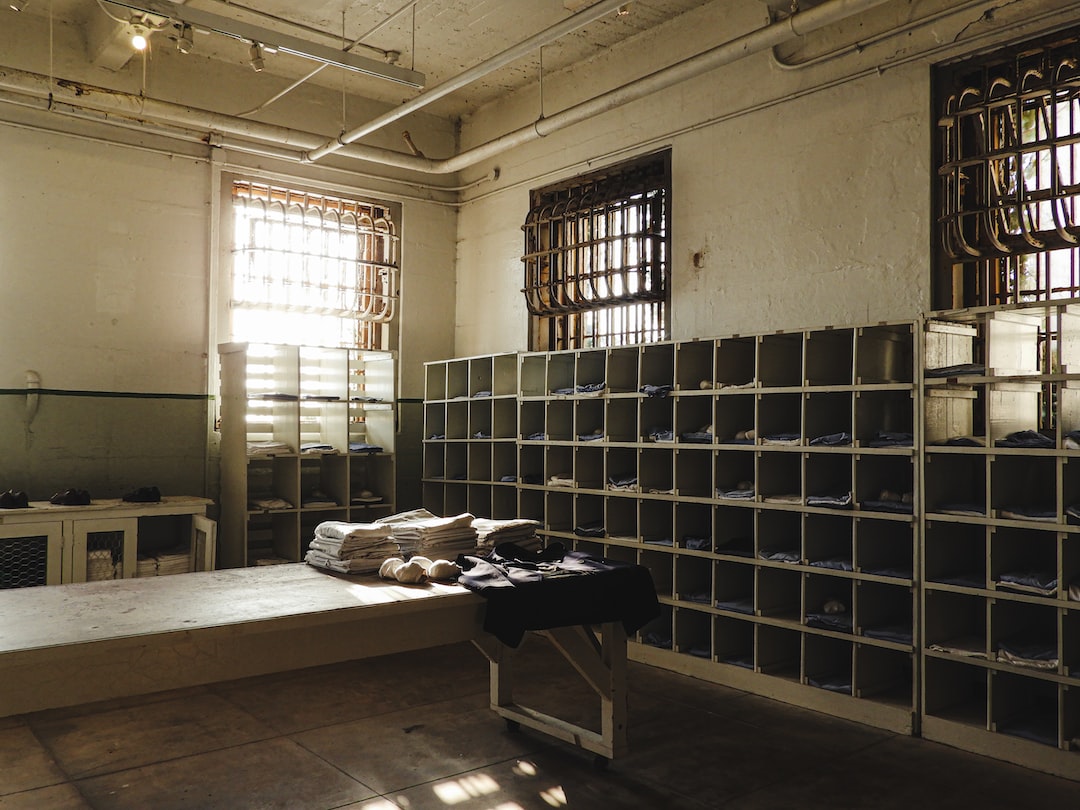 From the author: Outside 438 dead people live in the cramped confines of Woolamulla holding station. This is the hard end of a miracle.

I am sitting in a room talking to a dead man. He is smoking a cigarette. What do the dead smoke?

"Whatever we can get," D. Conway says, then grins apologetically. It is a forced grin, like this small talk is forced, but it is all that we are allowed. "These are sixteens, a little too strong for my liking, but what can you do?"

Outside 438 dead people live in the cramped confines of Woolamulla holding station. This is the hard end of a miracle.

D sits there and I can see it in his eyes. He's waiting for the question, the one I have to ask.

"I don't remember. None of us do, and believe me, we've all had time to compare notes.

"I remember dying. Well I remember the pain and the darkness that followed. Maybe I remember feeling relief, but that could just be me, trying to put some kind of spin on it. But after death and before the AE there was nothing."

"Are you happy to be back?"

A kind of ambivalence crosses his face. He puts the cigarette down.

"I just don't understand why we're here. We didn't ask for this. We didn't choose to come back from the dead. And we certainly didn't expect to be taken to this place."

The guard - or as they prefer to be called "quality assurers" - cut our talk short then, and insist on giving me a brief tour of the complex.  There are two billiard tables, the felt n one of them ruined, a tennis court and putting green -– though with the Drought it is more a putting brown.  There is even a pool to the rear of the facility, currently drained though they cannot tell me why.

"It's virtually resort living," one of them says. "Who wouldn't want to stay here?"

When I suggest that that is hardly the point, that these are Australian citizens, and no resorts I have ever been to have razor wire fences or armed guard, his manner changes and I am led from Woolamulla to my car outside.

As I drive away from the complex I can feel the weight of many envious eyes.

Resort or no, it is still a prison.

"Church groups are describing it as a miracle. The scientific community has provided a more low key description, The Anabiotic Event.

On August 27, 200-, the western corner of the Garadan Cemetery came back to life. 433 people, ranging in age from thirteen to ninety eight awoke, naked, above their tombs. In one evening Garadan's population, on the decrease since the local abattoir closed in 1992, nearly doubled.

"I have never seen anything like it," said Travis Smith, the cemetery caretaker who found them. "At first I thought it was one of those arty things. You know when they take photos of crowds in the nude. But then I saw the mud and the look of shock on their faces. And there wasn't a single camera anywhere that I could see. And I knew. I just knew."

Emergency forces were flown in immediately. Though it wasn't until several days had passed that the truth was confirmed.

"What we do we know about these people? Very little. Of course, those with immediate family still alive, should be assimilated as quickly as possible. But our records are sketchy for most of the cemetery. How many of them committed crimes in their first lifetime? Shouldn't those who were serving a life sentence be returned to prison? Just because God -- or whatever was responsible for the Anabiotic Event -- gave these people in this particular Cemetery a second chance doesn't mean that our society has to.

"The implications of this miracle must be explored before any action is taken."

DEAD BREAK OUT OF WOOLAMULLA

Five dead men and two dead boys broke out of Woolamulla Holding Station yesterday.  One of them a convicted criminal is believed to be dangerous.

Gamma Bursts May Have Caused Dead to Rise

Twin Gamma Ray bursts on the night of what scientists call the Anabiotic Event have led to recent speculation that there may be a link between the two.

Doctor Howsmith of the Missouri Institute is certain both bursters, as they are popularly called, flashed on at the same time. "It's not a matter of coincidence, it's a matter of cause and effect."

Doctor Howsmith's theories have been scoffed at by the Scientific Community, who claim that not only are Gamma Ray Bursters incredibly common, but also believed to have their origin far across the Universe.

"These bursters did not originate at the time of the AE," Professor Willard of MIT explained. "These bursts occurred before the Dinosaurs even walked the earth, let alone humans. They're that far away."

"Once the dead walk amongst us anything is possible."

Regardless, those twin bursts have now been called the eyes of God, a name Professor Willard describes as unfortunate.

In a dramatic shoot out today on the Hume highway, five of the seven escapees were killed while trying to hijack a bus. There were no civilian or police casualties.  Reports that the escapees were unarmed have yet to be confirmed or denied by the Federal Police.

According to a source in the Woolamulla camp, conditions are worsening, and in the forty-degree celcius heat, tempers, as well as temperatures, are rising.

Get your Eyes of God poster today

Caller 26: "Look Alan. They've lived their lives. They should go back where they came from."

C 26: "No, ah, that's not what I'm talking about, though some'd say they're already dead. They should be shipped out. Give them an island somewhere. This is our country and it is a land of the living. What if they all came back, could we accept that?"

AL: "I agree. This is an issue on which we need a strong government."

It's so hot today. I think my brains are baking. When we make too much trouble, or just piss off the guards, they shut down the air conditioners. We don't have television or even radio.

We had a television at one stage, but someone got mad, kicked it with their boots till it smashed. After that we didn’t have a television anymore.

Where's mum and dad? I'd only been gone four years, but no one is telling me anything. When I woke up I thought this was heaven, but it can't be. This is hell. I am sure of it.

All I want is to see my family again.

Why are we here?  We didn't chose this.

From the Diary of Nancy Curlew

After what has been described as the suicide of fourteen year old Dead Detainee Nancy Curlew, Woolamulla station was the scene of rioting yesterday. Fires are still blazing in the western quarter of the station and at least twenty of the detainees are dead.

The rest are expected to be shifted to a higher security complex.

Both the UN and Amnesty International have condemned the continued detention of the dead.

The Deputy Prime Minister countered their claims today, branding them misinformed and emotional.

"What we are doing is perfectly legal under international law."

Hundreds of thousands of Australians protested today against what organisers claim to be the inhuman conditions in which the dead have been forced to live a Woolamulla Holding Station.

Marcus Owen, head of the protest in Sydney, spoke to the crowd and attendant media.

"Our agenda is quite straight forward. We want them released immediately. These are Australians, they have done nothing wrong."

The Prime Minister appeared unmoved, whilst celebrating people's right to protest, he said it did not reflect popular opinion.

"The majority of Australians support our policy. You must remember, too, that some of these Resurrected Australians were in fact criminals."

Kirabirra Holding Station is just five kilometres out of town. Children still ride their bikes to the edge of the ridge, just before the station, hoping to catch a glimpse of the dead. I have spoken to several of them.

What have they seen?

After the Woolamulla Riots, the dead were shifted out here. For the past two days now I have been trying to gain access. And failing.

I was warned that this would be the case, nor did I expect to be the exception. No journalist has walked through these doors in ten months.

Most papers seem almost to have forgotten Kirabirra exists. Without riots or information leaks this story is as moribund as those behind the walls once were.

I walk towards the gatehouse and two guards are waiting for me there.

Both are armed with rifles.

I take a photo and the guns are raised.

One of the guards expertly extracts my film.

"This is a quarantined zone. I must insist that you return to your car, sir."

He is polite but implacable, and his gun is pointed at my chest.

I nod, glancing up and discovering that these aren't the only guns aimed at me.  Sentries look down from every corner.

Kirabirra appears to have tighter security than a maximum-security prison and, as far as I can tell, it is more to keep people out than in.

Fly overs are illegal, the excuse that this is a terrorist sensitive area, that these people just want to keep their privacy, that in the treatment of the dead the government is just not answerable to the public, none of these things cut it.

There are secrets here.

And we have protested and we have demanded and nothing is done. We grew up in a world where we believed in "people power", that if enough people shouted loudly they would have to listen.

And we discovered that they did not. That protests peter out. That people forget. And secrets grow.

The Prime Minister, in an address to the Press Club, has denied such claims explaining only that the Kirabirra Holding Station was a cover up, but of a different sort.

"The dead have been reassimilated. This government believes in giving all Australians a fair go. We wanted to provide these people with as normal a life as they could have. And the best way we could do that was in the creation of new identities for each of them. It was, as you may have guessed, a massive undertaking. What these people choose to do with their lives now is up to them, but it is our duty as Australians to let them live out those lives with dignity and anonymity."

Kirrabirra Empty but No Graves found.

The Controversial Pullamin Industrial Waste Incinerator has already drawn criticism. Last week the neighbouring township of Indoorilla complained of an extremely dense pall of smoke emanating from the Furnace.

"It's bad enough most weeks, but I've never seen so much smoke. Thick dark cloud. It started late at night and didn't stop until the next day."

"It was a weird confluence of events. Regardless of the cause, we can just about guarantee it won't happen again," Environment Minister Crowley said yesterday.