Rhiannon made this story available for free. Say thanks by sending them a tip.    Send Tip 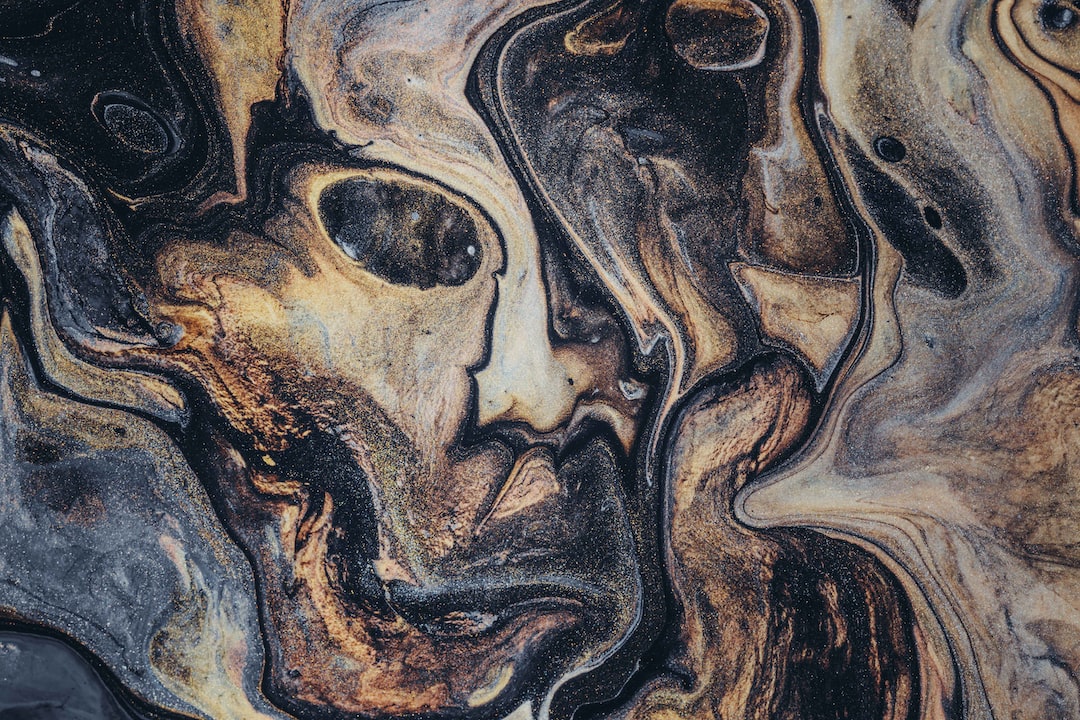 Photo by Pawel Czerwinski via Unsplash.

From the author: The ordeal of being left behind.

Your brother's bones, suspended in mineral fluids, turn as smoothly and shine as brightly as the oil-coated joints of the mechanism they guide. When you touch the heavy plastic that separates you from his body, it is cold. The iron plate that serves to cover what is left of his face turns towards the tapping, and nausea wells deep in your throat. You catch a glimpse of yellow fat, the hole of a socket, nerves that once bundled into the base of an eye now strung behind the iron half-mask.

Flesh did not make the transit to deep space whole, only guts packed in gel and nerves strung into wires, the delicate threads that extend to outer sensors, thrusters, and lenses. That is what they are now. Not people, not soldiers, but shrikes, the folded warbirds sent through void to cleanse it of the invaders, to impale them on their own stardust ruins, to leave broken chassis and frozen corpses scattered as warning to others who might threaten us. If the invaders left corpses--you have never seen them, only the scars of their passage left across the skin of Earth.

The motion makes you queasy, to see your kin laid bare in this way, deconstructed into scaffolding, but he knew what he had volunteered for long before the first flensing cut had been made. Most people are advised not to see the volunteers after induction. Now you understand why.

You're told he does not acknowledge you. The movement is involuntary, a roll in his sleep while he dreams the dreams of kites. He does not see inside the ship any more than you can peer inside your own ribcage.

After you leave the shrike and the remains of your brother behind, you lift your phone as you have many times before, to listen again to the last message your brother left you, on the day he decided to join. The words are as hollow as you felt when you first heard them. You thought a suicide note might be less painful, but you did not know what you could do, you never raised your voice against him, and now you walk away.

"How else do you see the stars, but to join the war?" he asks, distant and thin through the speakers. "I don't know if you'll understand," a pause for breath, and you stop the message. You know how it ends.

On launch day you stay at home while astronomers gather on hills and look up for the tiny stars, winking out one by one as the shrikes break orbit and fling themselves far past the shadows the sun casts. It is all the news discusses for weeks, how we are taking the fight to them, how brave the volunteers are, how we are turning the tides of history this day, this year, this century. Reconstruction will last generations. Who knows what civilization will follow in the contrails of conquerors?

You sit at home and you do not listen, but the shadows flit through your thoughts as you wonder how we will know they have succeeded, how many thousands of years will pass before the night sky shows the scars of war, if your children's children's children will be able to look up and trace battle lines by the absence of light.

News feeds and reports of the war arrive in fragments, sentences at a time, signaled in light packed tight and sent back the way they came, the way the invaders came. All years too late. If there is humanity among the stuttered laser missives, songs or stories or riddles the shrikes call back and forth through flickering verses over void to pass the time, it is not shared. Only life confirmed and life lost, coordinates and absences.

There are more launches. We are winning, the missives say. Victory is a mathematical equation.

The equation is repeated daily. Sometimes, as the announcer's voice drones on, name after name, you wonder why they list the casualties at all. They volunteered to be killed long before they were sent to the front lines. But those thoughts are treason, and you push them aside even while listening, always afraid, for your brother's name to be spoken among the dead.

It never is, and you are never sure if you are grateful for the sparing or sorry that you have no chance to grieve. You wonder if the machines will fail first, or the organics inside them, or if age no longer applies to a kite of angles and shards.

You transfer your brother's last message from phone to phone to phone as you move from place to place, buried deeper under your new life with every adjustment made for your work, your career, your friends. That is how it should be. Life moves on. Sometimes you think you hear your brother's voice, your brother's words--humanity is worth fighting for--and you wonder whose wounds will leave the most visible scars; those dismantled to wheel like hunting hawks out into the void, or the handlers left behind to fit each twisted spar back into place, one by one?

The shrikes' infrequent transmissions shift in measured steps from war to the equations of extermination, and the ones who do not wish to mask truth's sharp words with poetry call it genocide. No plea for surrender comes, and the news turns its attention to closer matters, to expansion, to colonization, to business and the small strifes that spring up after the need for unification has passed.

We no longer tell the shrikes what to do; they are bladed kites loosed upon æther, ours in name only. On Earth, cities are built over and around the ruins. If not for words carved into glass, speeches that remind citizens never to forget wounds past, crystal walkways over exposed bedrock, there would be no physical memories of the damage wrought at all.

Did you have children, did you marry, did you retire well or not at all? It doesn't matter on the day that the sky opens wide again and the shrikes pour down through the tears. No signal heralded their arrival, no sound and no light. They never left unheeded any command, but they broadcast no warning of their return. And with them come unfamiliar ships with geometry more grown than manufactured, bone-bright and entwined as equals with the shrikes in the sky. Only decades-old footage will identify them as the ships of the invaders, the lances that carved irreparable gouges into the Earth.

The shrikes flare out, the lancing lights among the stars that flew to cleanse the void of a threat returned and dragging their catch with them. The world falls quiet under their long shadows. The shrikes lie silent, waiting, listening, wings spread in formation, shining knives to cut the sun.

Of course you walk outside with the others and you crane your neck, wondering which is your brother, aware of how vulnerable you are in this moment, how they could rain fire down upon you all.

They do not rain fire. Instead, over the growing hum of fear and conjecture, the enemy ships sing. All at once, they sing, and the noise brings you to your knees.

Weave, they sing.
teach us to refasten our kin
in your image
in the image of the kites
kestrels, swifts, merlins, shrikes
we too wish to cut the stars to thread.

You shield your eyes to study the blinding angles because there is no point to shielding your ears from the song. If you can recognize him, if he would know you, if he survived, if it can be called survival and if he still could be called your brother. But they all look the same and you see him in every one, and in every one yourself.

Rhiannon made this story available for free. Say thanks by sending them a tip.    Send Tip