Joseph Conrad's Heart of Darkness and Why I Write Science Fiction 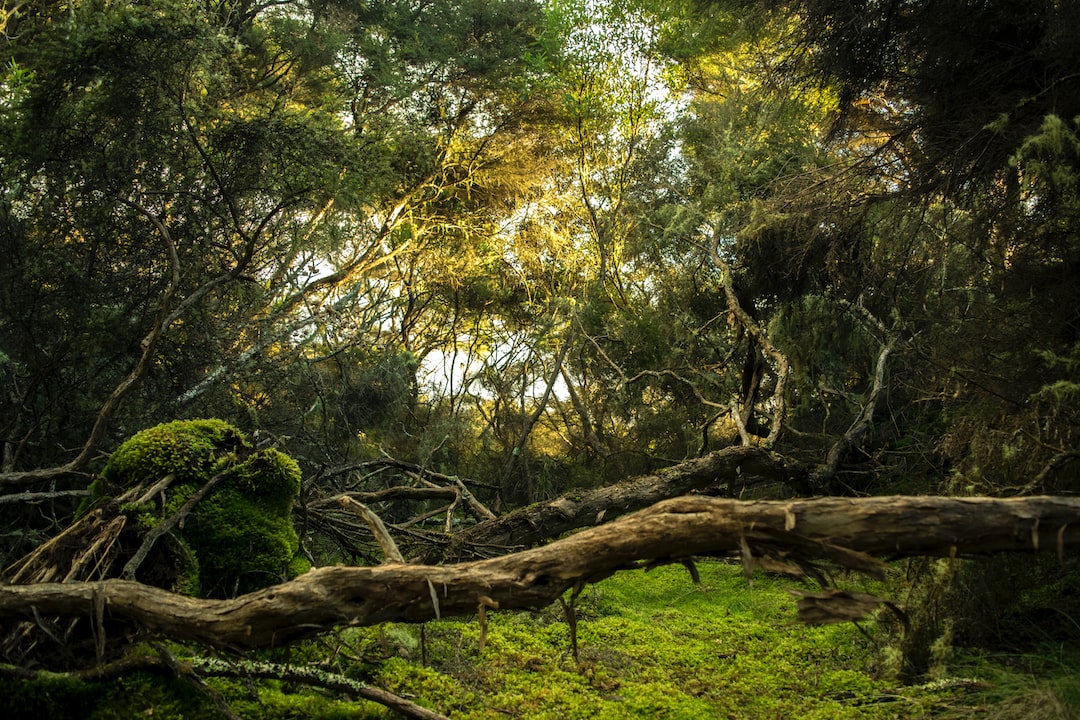 Photo by Karl Anderson via Unsplash.

From the author: I was the guest speaker at The Colorado Readers Conference, a very literary gathering that generally wouldn't discuss science fiction, but they invited me, a science fiction writer to be the main presenter! This was the speech.

Here’s what H.P. Lovecraft said about why he wrote fantasy literature:  “I choose weird stories because they suit my inclination best—one of my strongest and most persistent wishes being to achieve, momentarily, the illusion of some strange suspension or violation of the galling limitations of time, space, and natural law which forever imprison us and frustrate our curiosity about the infinite cosmic spaces beyond the radius of our sight and analysis.”

I write science fiction for two reasons, really.  One, because science fiction is fiction that says our world is changing, and through those changing conditions, human beings will still face the fundamental questions: who are we, where are we going, and how should we behave?  Science fiction suggests both that the answers to those questions which literature traditionally has explored for all of story telling’s time may be the same and they may change.

I remember once listening to a sermon at Ascension Lutheran Church in Littleton Colorado, where I grew up.  The pastor said that the human condition never changes, which is why the Bible is still relevant.  He said, “You can hate with your spouse just as easily in the back of an ox cart plodding at two miles per hour between Bethlehem and Jerusalem as you can in the cabin of a spaceship going 100,000 miles per hour between Earth and Mars.”

So why put a couple in an imaginary space ship if the human condition remains the same?  For the same reason that Joseph Conrad put Marlow and Kurtz on the Congo.  Because the alien environment reveals human nature in a particularly new way.  The Congo casts a light, in the same way that science fiction casts a light on humanity.

Conrad takes readers into an alien environment to show them what being human may be about.  The river is a crucible.  It boiled away everything that made Kurtz a member of his society and left an essence that most people would rather not face.  Poor Marlow, the narrator of the story, he tells us that Kurtz learned something about humanity.  At the end of Kurtz’s life, Marlow said, “Anything approaching the change that came over his features I have never seen before, and hope never to see again. Oh, I wasn't touched. I was fascinated. It was as though a veil had been rent. I saw on that ivory face the expression of sombre pride, of ruthless power, of craven terror -- of an intense and hopeless despair. Did he live his life again in every detail of desire, temptation, and surrender during that supreme moment of complete knowledge? He cried in a whisper at some image, at some vision -- he cried out twice, a cry that was no more than a breath:

Conrad cheats at the end of Heart of Darkness.  We never really find out what Kurtz learned about the human condition, but whatever it was, it didn’t sound hopeful.  Still, Heart of Darkness makes us think about how any of us might have behaved given Kurtz’s unshackled power.  If we were left without any judges at all, would we remain good and kind and moral?  How long would we remain that way?  What is our essential character as human beings?  Left alone long enough, would we become the bearers of light that we hope we are, or would we also be popping human skulls on top of poles around our home in the jungle?

Maybe that question is too personal.  Probably you would remain good, but what about your neighbors?  Might they be eying your head as a lawn ornament?  This is why I’ve always claimed for my political affiliation unilateral anarchist.  I don’t think there should be any laws at all . . . for me.  The rest of you I don’t trust.

What we sometimes forget about Heart of Darkness, though, is that the story is not just about a river into the human heart.  It’s also about a real river and a jungle and what was happening there.  The jungle in Conrad’s story has an appeal too, just as he says, “We penetrated deeper and deeper into the heart of darkness. It was very quiet there. At night sometimes the roll of drums behind the curtain of trees would run up the river and remain sustained faintly, as if hovering in the air high over our heads, till the first break of day. Whether it meant war, peace, or prayer we could not tell. The dawns were heralded by the descent of a chill stillness; the wood-cutters slept, their fires burned low; the snapping of a twig would make you start. We were wanderers on a prehistoric earth, on an earth that wore the aspect of an unknown planet.”

An unknown planet.  That’s science fiction’s second gift, and that’s the other reason to read it and write it.  Science fiction reminds us that the universe is large, not small, and that what we know today is not all that there is to know.  Whether the unknown planet is our own in a near future, like the one shown to us in Ridley Scott’s dystopic Blade Runner, or one in the far future, like H.G. Wells’ The Time Machine, or if the alien planet really is in a galaxy far, far away, it has an attraction all on its own.  Conrad’s jungle is as alien a place as he or his readers could imagine on earth.  As he said, “Beyond the fence the forest stood up spectrally in the moonlight, and through that dim stir, through the faint sounds of that lamentable courtyard, the silence of the land went home to one's very heart -- its mystery, its greatness, the amazing reality of its concealed life.”

Who wouldn’t want to wander there?

Like H.P. Lovecraft, I long for a moment to move beyond our space and time’s galling limitations.  Like Joseph Conrad’s Marlow, I feel a fascination for the jungle.  So I write science fiction.