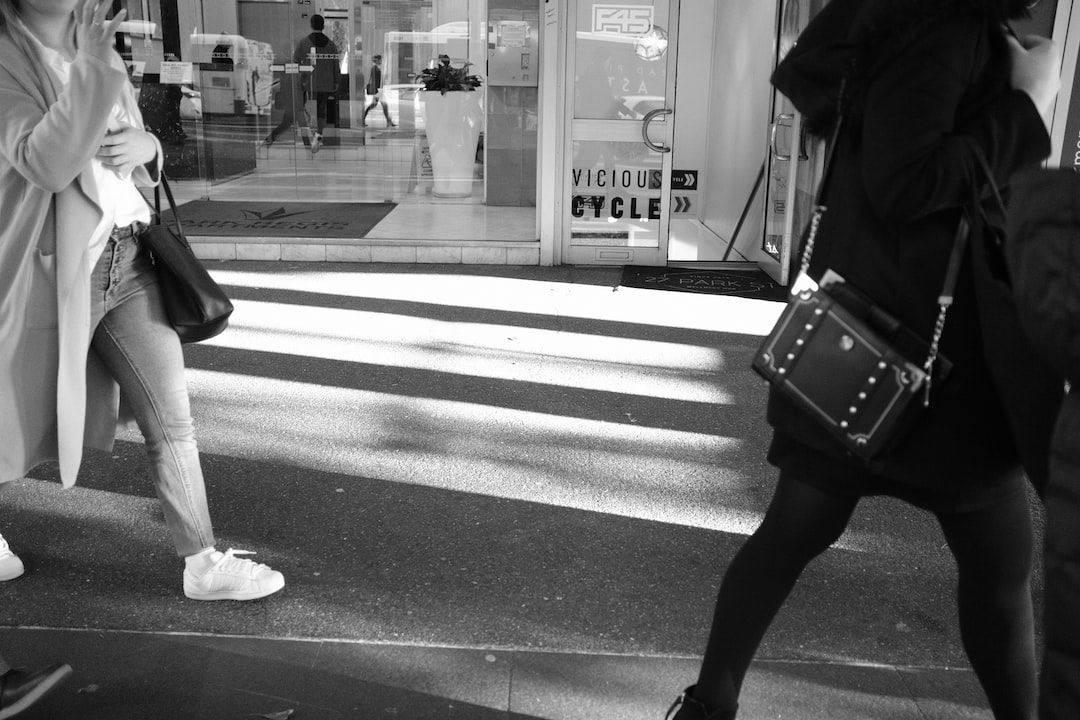 Photo by Sandi Camarin via Unsplash.

From the author: "You love Jacob. He would give you anything, but never thinks to do so." Late 20s ugly crying in lit fiction form. From my second book, The Wave and Other Stories, originally published by Serpent's Tail.

The stealing purses began after Jacob left. It took you a few months to realize this. You’re slow like that, not realizing you miss him until first you stop eating, and then you start sleeping like a small animal, ready to be attacked.

Then came the purses.

You love Jacob. He would give you anything, but never thinks to do so. These are how your men are: kneecaps big as a skull, substantial eyebrows. Monkey men, your mother calls them.

You speak to your mother long distance. She taps her nails on the receiver. Four days since he phoned? she asks, and then says, Name what he’s given you. What has he ever given you? And you think back to what he’s given you. A calendar. A t-shirt from a concert he didn’t take you to. Wrenches and flares for your car. You think you should have known he was leaving when he gave you an electric blanket.

Your mother speaks slowly to you. She says something about men. Remember, she says, it would take a million monkey men typing a million years to reproduce Hamlet, so what do you expect?

You ask her to change the subject.  She then talks about a boat on fire in the Biscayne Bay. She can see it from the terrace. It’s about to crash into the sea wall, she says.

Sometimes, you know it isn’t anything personal. Men live in a different world. You’ve studied articles in Cosmopolitan. You’ve asked your male friends, and taken them at their word. Still, all those words are not the ones you really want to hear.

An ex of Jacob’s once sent you a hair in an envelope.  A single, black hair. It could have been anyone’s. You held it between your fingertips and pulled; it snapped easily and disappeared onto the floor. You remembered reading someplace that a strand from a spider’s web has a tensile strength five times steel. Looks, you decided, aren’t everything.

When you first met Jacob, he commented on your shoes. You looked down at them, thinking about the hole in your sock, how you pulled it over the toe and tucked it under, so you didn’t hear exactly what he said. But you smiled at him; you met. You do remember he said, I’m not picking you up, I picked you out.

These days, this line haunts you. There is something easy, lucky about it. In the beginning, it made you feel special, but these days you study other women and wonder what makes them different than you, if they are any different. You wonder what they carry in their purse.

You always carry everything you can think of in your purse. Makeup, contact lends solution, mints, gum, granola bars, lotion, eye drops, a threaded needle. Alcohol swabs, band-aids, a calculator, a cell phone, a day planner. Aspirin, birth control pills, multivitamin pills that include A, B, and zinc. A flashlight, a pair of trouser socks, every receipt from every purchase for the past six months, and a Swiss Army knife.

You are never sure why you do this. Whether it is a fear you’ll be stranded or hope you’ll be carried away. Sometimes you think these are exactly the same reasons.

The first time you stole a purse, it was not premeditated. It was in a coffee shop and she was bent over a book. It was simple. This surprised you. You slit the strap with a knife, it sank off the chair and you moved it softly with your foot.

You laid out the contents on your bed. You wore gardening gloves. You examined each and every item as if it could hold the key to a code. You looked at her driver’s license. She lied about her weight. Then you tucked the purse into a mailing envelope and sent it, contents intact, back to the paperback girl.

You are now on the news. You tell your mother to hold on.  You listen as they discuss the rash of purse thefts. They show a silhouette of the thief with a question mark over it.

Your mother wants to talk about Jacob again. You can’t avoid this forever. What did he say? she asks.

It’s not what he said, it’s what you said. You heard his voice and all you could do was blurt out, “I’ve stopped shaving my legs.”

Elizabeth Kubler-Ross never cataloged the stages of a dying relationship: relief—lying diagonally across the whole bed; need—sucking on a toothbrush he left behind; panic—trying to break into his email; paralysis—only leaving the house for cigarettes and microwave popcorn; and acceptance—lying to him about how well you are doing, even when you are not. You are trying to be in acceptance. You forced a laugh after the shaving legs comment, you talked to him while smiling. You worked telemarketing once and they told you it made your voice sound cheerful.

Your mother is talking again. She says something about love. Jacob told me he loved me all the time, you say. It’s true. He said it all the time and you passed the remote, lied to his boss, forgave him for coming in late. You wonder now how you instinctively understood love’s many meanings.

You tell your mother you love her to close the conversation. There are purses to steal.  You are collecting evidence, data. You are trying to figure out what makes you different, if you are any different.

You can handle this, your mother says. You’re a brave girl. You thank her, and immediately you remember something about yourself, something different. You were a child with a high pain tolerance. Your mother used to say this as if it were a compliment. You watched every vaccination with indifference. You never cried over a scraped knee. But one time, now you remember how she caught you sticking straight pins under your fingernails. She asked you what you were doing. You answered, I think, you said, I’m hurting myself.

The Wave and Other Stories

"A strong novella and ten stories twisted and wrung dry." --Kirkus Reviews Originally published by Serpent's Tail in 2003, reissued in 2008, now out of print. Copies are dicey to find.