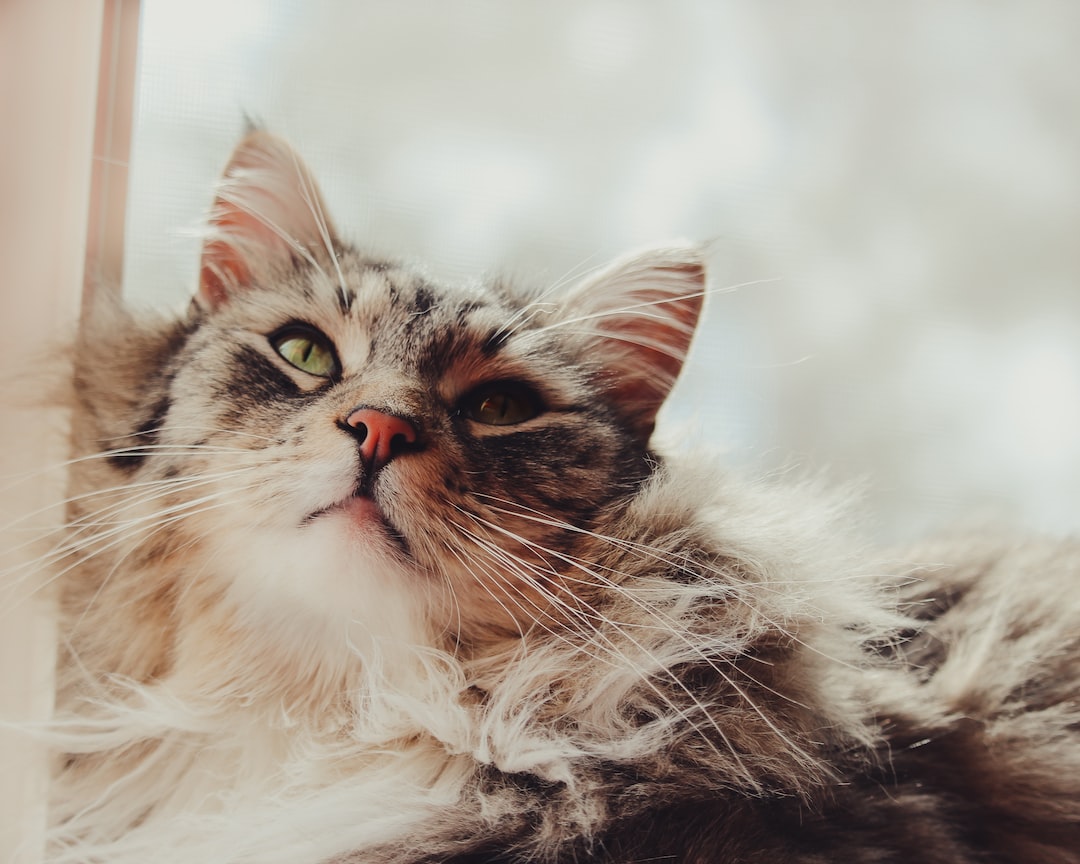 Photo by Chloe Leis via Unsplash.

From the author: Some sickening Christmas sweetness with a spooky tint because what else do you expect on my page? This is a very soft Christmas ghost story.

Georgie could hear voices coming from the warm cupboard. She knew that there was enough room for one big person in the warm cupboard, but she could hear more than one voice coming out of it. That just wasn't right. All the big people were busy downstairs, making lots of noise about tomorrow, they'd never hear the voices.

She had to investigate.

The cupboard had a handle that Georgie couldn't open without the help of Fizzywig, her mum's much adored Main Coon cat, who was thankfully always up for an adventure. Fizzywig stretched, snagging her paws onto the handle and tugging, slinking back to Georgie as the door swung open.

"Fizzywig, why is there an old man in our warm cupboard?" Georgie burbled, looking at the fellow jutting out from a shelf. She had never seen a big person standing like that, half in and half out of something solid. He had ugly jewellery on: keys and locks, little boxes and chunky big hoops. It was like her toys all linked together in a boring daisy chain around him.

"What do we do about that then?" Came a booming voice and Georgie saw a Grandfather clock stood by what her Dad called the rudddy-boiler. It was a nasty thing, the wood dark and blotchy, the face half coated in dust like underneath the church pews. The hands span slowly round and round. It didn't live there. Georgie knew the warm cupboard backwards, a brilliant spot for her and Fizzywig to hide when the big people were boring. It had never been in there before.

"Why are you in our cupboard?" she asked, looking between the man and the clock.

A large present on the shelf next to the man coughed and shimmied itself forward, the bow loops blinking at her like eyes. It was dark green like the holly circle on the door with lots of ribbons and sparkles and Georgie giggled at it, crawling forward to give it a hug.

It left out an "oof!" and patted her with one long trimming arm.

"We're here to visit your neighbour, but it's a Christmas surprise," it said in the voice of a grown up, smiling at her with wrinkles in the paper of its lid.

"Then why are you in our cupboard?" Georgie asked again.

"Because your neighbour's cupboards are even smaller than this, and we can't afford for him to see us too early. It might spoil the secret," the present said, wriggling itself into a safer spot on the shelf.

"Are you his friends? Fizzywig’s my friend and we hide in cupboards," Georgie gurgled, hugging Fizzywig. The cat purred, eyes looking between the clock and the old man still.

"The old man is, we're just here to help," said a voice from the bottom shelf. Georgie sat down on her bum to see who said that. She hadn't seen anyone there when Fizzywig and her had crawled over, who was being so sneaky?

She met the face of a little girl, like her, with chubby cheeks and curly blonde hair. She had a silly hat on her head like Mum used to make Georgie wear, all bobbly bits and flaps over the ears, and her eyes were sparkly blue. This little one was very pale though, whiter than Georgie.

"You look like me," Georgie said, shimmying closer to the shelf so she could touch the shimmery yellow ringlets. "But you're tiny."

"I am, well done," the girl cooed, grinning at her. "She's a smart little thing isn't she? You sure you wouldn't rather stay here?"

"We didn't get summoned to haunt this family Past, behave yourself," the present grumbled, creeping at the edge of the shelf to stare down at them. Fizzywig flicked her tail, curling by Georgie's side and starting to lick her fur again.

"No, but she seems more fun than that old trout. His granddad learnt the lesson well, you would have thought he'd pass it down the ages." The child came out from the lowest shelf and floated up to sit next to the present

"We owe it to Ebenezer to help his lineage. Fan was a good lady, and Fred a good chap too, so this one should be given a chance," the old man said, flicking bits of dust off his jewellery and straightening his jacket.

"Surprises are good. They make everyone have fun. We had a surprise party for my mum when she had a birthday, she was so happy she screamed," Georgie said, playing with Fizzywig's fur.

"Yes, but they're hard to keep secret, so you will have to make sure not to tell anyone about this," the present told her, holding it's ribbon arm up in front of the wrinkle mouth in a shush.

"The big people never know what me and Fizzywig are saying anyway," Georgie burbled, pulling herself up with one of the shelves and looking at the three things perched there. The Grandfather clock continued to tick and whirl away, so she paid it no heed.

"If we give you something special for you to play with, as a thank you, could you keep this a secret for us?" The little girl asked, opening the top of the present and rummaging around inside it. She pulled out at shiny toy train, squat and heavy looking in the glow of the girl's hair.

"I wouldn't tell anyway, but we could play with that until bath time," Georgie said, holding her hands out.

"I think that sounds quite fair," said the old man, sniffing at handkerchief he pulled from his pocket. "Off you go then, little one, and take your furball with you. It doesn't like me."

Georgie closed the door and toddled off, train in hand. Fizzywig leaned against the door until she heard the lock close, then followed Georgie, tail still swishing.