The Miracle at Ramah 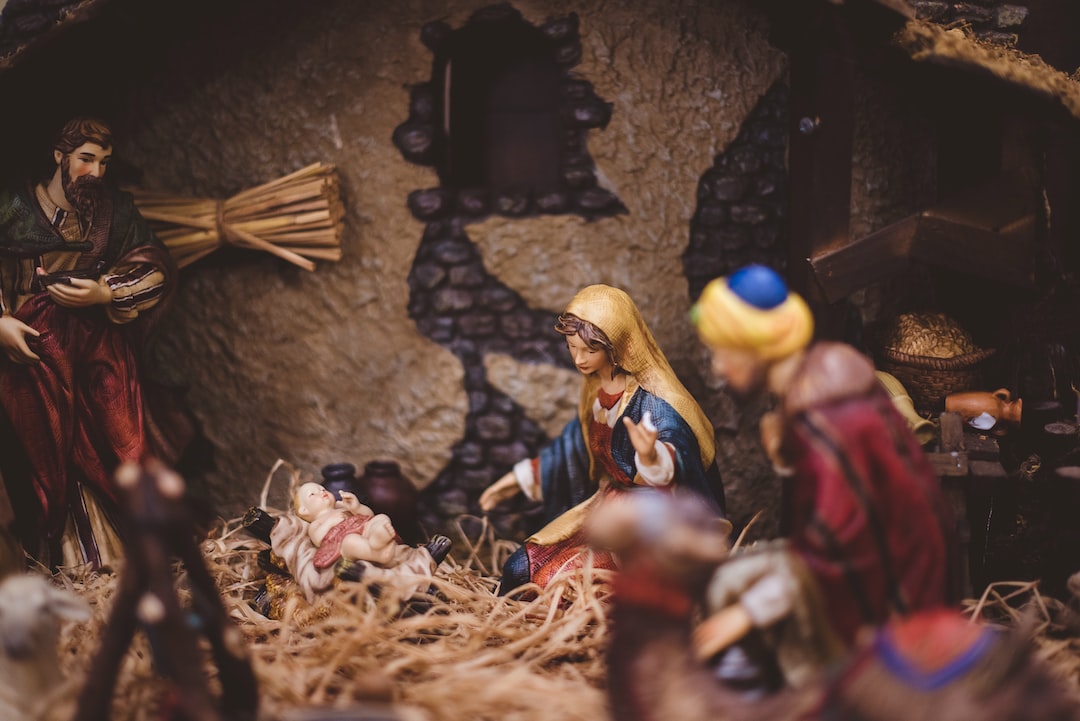 Photo by Ben White via Unsplash.

From the author: This story came to me on the Sunday before Christmas several years ago. While in church, I realized that a part of the traditional Christmas celebration contains a profound horror story. The kind of story I wrote while I thought about that is called a “secret history.” The writer takes an event from history and, while staying true to the history, makes up a story. It might have happened this way!

Being a part of a recently translated manuscript found near Ain Feshkha and the Dead Sea.

Now there came out of Jerusalem an order from King Herod, who heard of the birth of a king for the Jews, that all the male children under the age of two be put to death in Bethlehem and the region around, thus fulfilling what was spoken by the prophet Jeremiah:

"A voice was heard in Ramah, wailing and loud lamentation, Rachel weeping for her children; she refused to be consoled, because they were no more."

Flavian gathered a force together, thirty much hated conscripts of mean disposition and rightfully earned cruel reputations, to march on Bethlehem and enact the command.  Flavian led them on horseback while they walked, as was proper for his station, and when the soldiers reached the town, he gave them their orders:

"King Herod, our rightful ruler and representative to the great Roman Empire, of which I am a citizen and you are not, has decreed that all male children of two years and under be put to death on this day.  To assure that this is done efficiently, which will reflect well on me and one day remove me from the onerous duty of leading Hebrew swine, Greek cut throats and low lives such as yourselves, you men will block the roads out of the town and you twelve will come with me to each house to find and kill all male children.  As is befitting a man of my stature and origin, I will not go into the houses, but let any man emerge from a home that has a child within without blood on his spear, and I will cut him down."

Thereupon, Flavian drew his Roman sword and shook it at his men.

Now within that command was a young murderer named Yehudi of Hebron who was taken from the prison in Jerusalem to serve in Herod's ranks.  Yehudi was surprised at the order.  "Why kill children," he thought, but he quickly banished the idea and replaced it with his favorite motto, "Take care of yourself."  And though he had never harmed a child, he looked at the heartless expressions on the other men's faces, and he knew that he would do what he must do.

So Flavian split his command and when the appointed moment came, they marched up the hill to the first house.

At this time, two Greeks served in Flavian's unit, Eustace and Ignatius.  Eustace was a broad shouldered man with many scars who had slaughtered Hebrew trouble makers without a flinch of conscience.  He entered the first house.  At nearly the same time, Ignatius, a smaller man who had made a name for himself with a knife in the alleys of Nablus, entered a house across the dusty road.  From both places came much shouting and wailing.

Another Hebrew in the troop, Seth of Ashquelon asked if they should help the two men in case they were overwhelmed.  Flavian smiled viciously and said, "If the pigs can not hold their own, then they deserve to die, but if one is killed, then we will slay everyone in the house and their neighbors too."

This was truth, for Flavian had enacted such a policy many times before and was well known for his willingness to apply his vengeance broadly.  Hence, resistance to the rule of Jeruselum was seldom encountered.

When the two men emerged, Flavian shouted, "Show me the blood on your blades,"

And they did.  It coated their spears.  Their hands and arms dripped.  Blood stained the edges of their robes.

Yehudi of Hebron looked upon the pale but resolute faces of the Greeks and read nothing there.  He thought, "Killing a child must be easier than I thought, for these two have done such a thing and appear unmoved."

Eustace said, "The women will not put their children down."

And Flavian said unto him, "Then plunge your spear deeply.  One Hebrew vermin less to breed is service to Rome and Herod."

Now, as they marched up the hill to the next houses, a great wailing arose from both behind and before them, for the purpose of their mission had spread quickly, and frightened faces appeared at many windows.

"Kill your Roman master!" shouted a voice.  Another shouted, "Spare our children, oh sons of Israel!"

But the company was resolute.  Once again, men entered the houses and the screaming was horrible to hear: screams of men, screams of women and the shrieking of children.  "Show me your blades," demanded Flavian when they came out.

And as the command advanced up the street, Yehudi knew that he too would soon enter a house to kill a child.  He steeled himself for the task.  He remembered that he would, "Take care of yourself."

By now, many men's spears were bloodied.  Yehudi wondered if the blood of children would look different from that of others, and he could see it did not.

And so it came to pass that it was Yehudi's turn to go in.  He pushed open the unbolted door--for even to block the door against the King's will would earn a household death--and looked down upon a man and woman on the floor sheltering a tiny bundle, crying in fear.  The woman called out in a loud voice, "Go away and spare our baby."  The man said nothing, but held his wife tightly and put his body between Yehudi and the child.

"Stand," said Yehudi, "Or I will kill you as you lie."  And his voice was stern, and his heart was as of stone.  Outside of the house, Yehudi heard the screams of others.  Such weeping he'd never experienced.  In every house, a child; in every house he imagined a bundle of death.

And the woman rose, holding the shrieking child to her.  Yehudi drew back his spear, for he could see that Eustace was right, the woman would not put the child down and would share his death.

And lo, the child was wrapped in swaddling clothes of purple hue, and Yehudi stayed his thrust.  The household was poor.  Little food graced their shelves.  The table was old and battered.  From the mattress of straw's appearance, Yehudi could tell it had been many times turned, but the child was swathed in purple, a year's wage even for him as a part of Herod's guard.

Then Yehudi said to the woman, "You must wail as if to raise the dead."  And she looked upon him without understanding.  "Scream, you fool," he said, and he placed his own hand over the end of his spear.  Yehudi did not expect the cut to hurt as much as it did, but he needed enough blood fool to Flavian who waited outside.  So, as the woman screamed and the man joined her, both loud enough to cover the sounds the baby made, Yehudi wiped the blood on his blade and arms.  He stained his robe with it, then closed his wounded fist over the spear's shaft to staunch the flow.

"When we leave," he said, "take the child away and hide him."

Outside the house, Flavian said, "Show me your blade."

And so the troop continued up and down the streets of Bethlehem, and within the afternoon they visited all the houses, leaving behind them much lamentation and sounds of sorrow.  In the places Yehudi entered, he killed no children, but continued to put fresh blood on his spear.  He much berated himself for his foolishness too, for this was no way to "Take care of yourself," but a part of him felt much misery for the dead babies in the other houses.

On the edge of Bethlehem, Flavian Aurelius dismissed the twelve who had done the killing, and he led the rest toward Jerusalem.  Yehudi looked at his fellow soldiers who were sore tired and bloodied, and he felt no kinship with them.  By now, the crying from the little town had ceased, but the echoes of it still rang in Yehudi's ears.

Then Eustace, who had been the first to enter a house, fell to the road.  All gathered around him and Yehudi bent down to aid him.  Eustace's lips were pale, and his skin was cool to the touch.  The man opened his eyes when he felt Yehudi's presence, and said to him, "I had to show him blood on the blade."  The Greek opened his hand, and lo, a deep cut, much bloodied was there.  And Yehudi was amazed.

"Me too," said Yehudi.  And one by one, all the other men in the company, every single man, opened his hand.  Each thief or murderer, despised by all Hebrews as minions in the service of Herod, showed the mark of his own blade on the palm of his hand.

And so it came to pass that the words of the prophecy were fulfilled and Flavian Aurelius carried out the wishes of Herod.  The twelve men became known as the butchers of Bethlehem.  But late at night, when none of the Roman guard could see them, and no one could report their actions, each was welcome into the inns and homes of Bethlehem.

And it was good.

This story originally appeared in Dragons, Knights and Angels: the Magazine of Christian Fantasy and Science Fiction.