R. K. made this story available for free. Say thanks by sending them a tip.    Send Tip

Classic Fantasy fairies impossible choices bewitchment Iron Will Not Save You 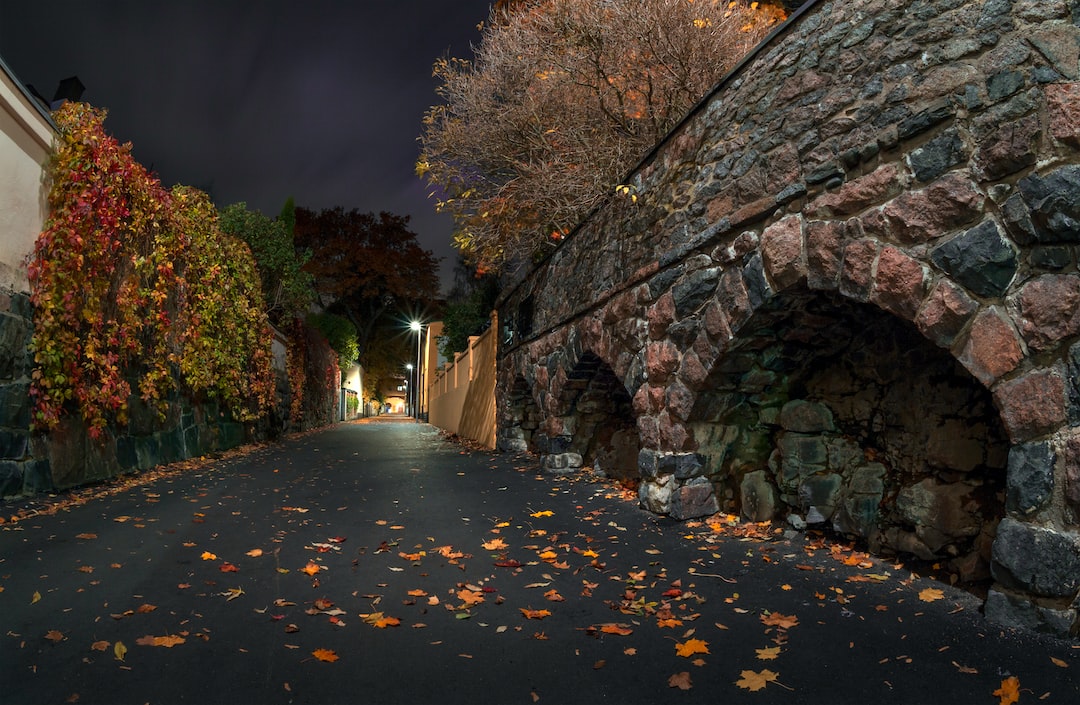 Photo by Joakim Honkasalo via Unsplash.

From the author: Thomas meets a Lady walking home at dusk.

Fallen leaves leapt and danced and fell in rustling spirals of slow fire all around him. Thomas walked quickly, the cold wind tugging him this way and that. There was no one else on the streets at this twilight hour. Warm firelight spilled from a few windows, but most had their shutters closed. Forms and edges blurred and shifted at the corners of his eyes in the last fading of cloud-reflected sunset. The windblown leaves were bright embroidery on a rippling cloak of grey and blue and purple. Thomas cursed softly as he watched them. The leaves were too much like the pattern on the dress whose weaving had kept him too long at the loom and left him to walk home at the knife’s edge of twilight. He should have slept at the shop, but Sarah would worry so. She must already be worrying, glancing at the clock and pacing nervously whenever work did not distract her. There was Jack to think of now, as well. Sarah would keep a smile set on her face for him, but Thomas thought their son could see the worry in her eyes as well as he could. He pulled his collar tight and walked on, keeping his eyes on the ground before him this time.

The wind picked up and held steady, blowing hard out of the east, blowing to the sunset country. Above the whistling wind, he heard the faint jingling of many silver bells. He cursed again, and quickened his pace. He walked against grey walls in his grey coat and wished himself invisible. He might have prayed to be passed by, but they would not like to hear a prayer on his lips if they came near. The bells grew loud. Were they coming down this street? He tried to run and make his footfalls silent to go on unnoticed. The bells came louder still, ringing wild and hot like hounds breathing down his neck. He pressed himself against the wall. Let them pass by. Let them be as eager for home and rest as he. The bells quieted. Slow hoofbeats tapped the cobbles just behind. So much for hope; perhaps he should have risked the prayer.

He was the only thing they might have stopped for. Thomas turned and bowed, sinking to one knee. He kept his eyes low, and he caught only a brief flash of a cloak-shrouded Lady on a white horse before his vision was filled by the packed earth of the road in front of him once more. The shock of that second’s glimpse ran along his veins like lightning, from his eyes to the tips of his fingers and toes and prick.

The Lady spoke, and Her voice wrapped around Thomas like silken sheets still warm from a lover’s touch. There were no words; he scarcely heard. He only knew what she desired and that he must obey. He was already walking when the voice faded. The cold and the darkness bit at him in the silence. He kept his eyes on the ground, away from the vision of the Lady. Carefully, he let his right hand fall to his side and pressed his wrist against the iron pommel of his dagger, hidden by his sleeve. At once, he felt himself again. The cold was not so keen, and he could remember. God. Sarah. Jack. They were still waiting, fearing this, just this. He could die here, or be lost, even for something so slight as touching iron in Her presence.

He stopped a pace from where she stood, and there was nothing for it but to reach his right hand out and take the white, white hand she offered him and press it to his lips. She tasted sweet and rich as cream and clover honey. She grasped his chin, each fingertip an icicle of tickling fire. Could he close his eyes? No, She would be angry, and he would be over. Maybe he could survive looking.

She was brighter than the last gleam of sun or the first sheen of silver moonlight. It was like looking at the sun without the chance to look away. She held his eyes with Hers a moment and he felt Her gaze burn thought of other sights out of his head. She gave him leave to look over the rest of her. Again came that electric thrill. His blood warmed with thoughts of soft and sweet and hot and close. Fuck. No, Sarah, think of Sarah, but not too loud, or She would hear. What did She want? Not him the way he wanted Her; that was not cruel enough for Lords and Ladies.

Her voice again, like waves of whiskey fire in his gut. He should put off his hobnailed boots and every scrap of iron and ride to be her serving-man in a fair country where there was no sorrow.

His boots shook off before his mind could grasp. Thoughts slipped like oil when he tried to hold them. He grasped his knife again. No, he could not go, he had to fight, to win home to Jack and Sarah. He drew the knife and raised it up to strike. She was no vision now, but only cold, a hungry hole of whiteness torn through the tattered edge of night. He drew back his arm: one blow to kill the monster and win free.

She laughed a dancing flock of silver knives, and then said “Sarah,” breathily. She rolled the name like caramel around her lips, tasting and savoring a sweet delight. He could not bear to hear her taste “Jack” so, to burst it like a plum. He might kill her with a stroke, but if he failed? No, no choice. Better to go and keep them safe.

“My service for their lives?”

She smiled a flash of lightning in the dark.

The knife rang on the cobbles.

This story originally appeared in NewMyths.com.

R. K. made this story available for free. Say thanks by sending them a tip.    Send Tip