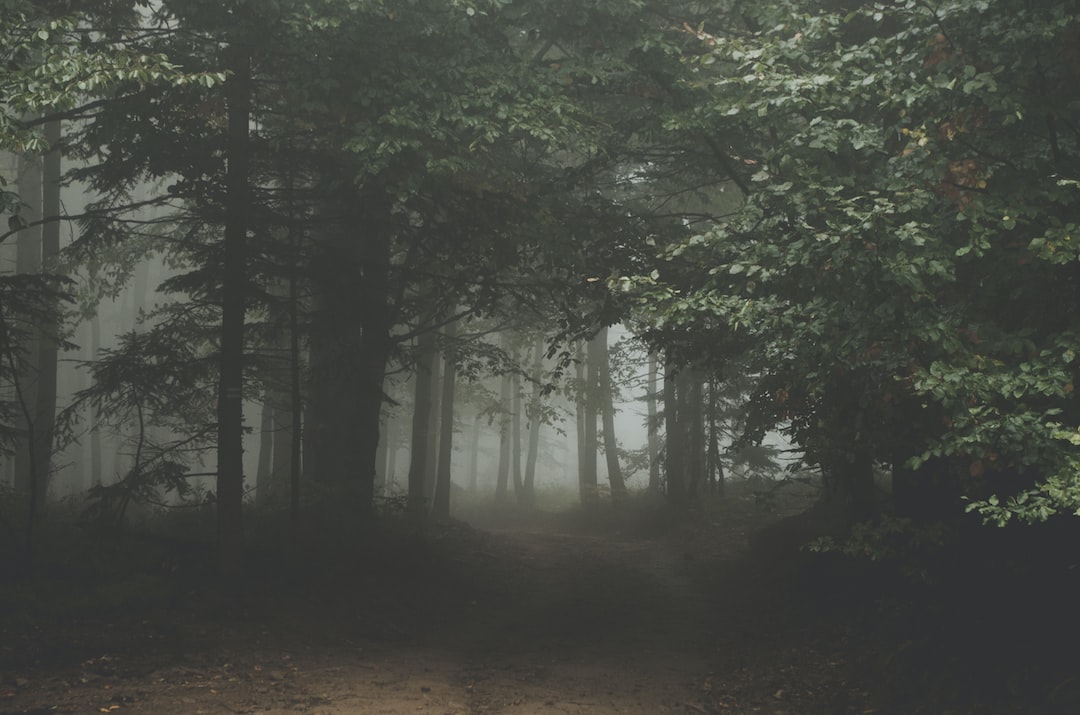 Photo by Artur Rutkowski via Unsplash.

From the author: A date goes very wrong, until the dashing intervention of a terrifying shadow creature. This is another horror short, which is available in the anthology Trembling With Fear vol 2.

Everything changes; nothing dies.

The shadows whispered it to me as I led on the alter, waiting for Sebastian to finish making the preparations. This was not how the date was meant to go down. I knew he was going to kill me, the knife was a bit of a give away on that front, but I hadn’t expected hallucinations to go with it. At least I could blame the concussion.

We aren’t a hallucination. We’re what waits in the darkness.

“Oh great, murder and demons to boot. Why are you even talking to me?”

“There’s no point trying to bargain, Leticia, I’m going through with it,” Sebastian called from over at his book, thumbing down the page. Trust him to be disorganised even at this stage. At least he was quiet with it. I had to say, I was surprised that he had managed to make it this far. The disused church was a good spot for a sacrifice, even if it was a touch hammy, and we were far enough out that it was unlikely someone would find us in time to stop anything. My hands were going numb from the bindings on them and I flexed my fingers against the tingling warning.

You have more power than your companion gives you credit for. Even if he did get the drop on you with that club.

“Serves me right for agreeing to go on a date with him, bloody creep that he is,” I said, trying to stretch up to see what was talking to me.

I wouldn’t have gone on a date with him if I’d thought he was this far down the wrong path. Sebastian Kerr had always been the odd one in our coven, a little too keen to get into the aggressive magic, the hexes, to argue for the darker side of grey. I had thought it was just the usual edgy rich boy, looking to tag his aggression onto some cause rather than look to self-improvement. Not like there wasn’t enough of them around already, nothing new. When he’d asked me to go to dinner to make up for a particularly vicious argument I thought that was a good sign.

“Wouldn’t dream of it, Sebastian,” I called back, bouncing my head off the cold stone I was tied to. It was at least cool, chilling my back and thighs against the autumn heat. Bastard had made me get blood on my nice blouse already and now there would be dirt and sweat too.

We could give you options. Give you power. Wouldn’t you like to punish him for what he has done, is going to do, to you?

“Untie me and I’ll show you the power I have to punish him.” I laughed, a mirthless thing as I tugged at the ropes he’d used. The absolute prick. “You want blood, right? That’s why he has me tied up on this thing.”

“Let me out of my bonds and I’ll give you him.”

He would be less desirable than you are.

“Are you still trying to convince me?”  Sebastian shouted, knocking something off the shelf to shatter on the floor with a satisfying echo.

“Not at all, Sebastian,” I said, lifting my head to look around me. A lurking shadow stood by my feet, thicker than the darkness of the ruin. It was tall and skinny, sharp angles at every edge, with one long limb reaching along the stone slab to rest beside my hip.

Your power comes from within. He seeks a shortcut, to bargain. He can only offer you, against your will. If you come to us instead, with consent, we could do so much more. An exchange willingly given is so much more potent. It tapped a spindly finger beside me, a blink of power emanating from where it touched the marble.

“What could you give me?” I asked it in a low whisper, watching Sebastian move around the shelf and replace his lost item.

You could join with us. Become as we are, feed us and be fed in turn. Not all are like me, some of us pursue. Some of us hunt. You could see others like him, take them into the darkness. Change them.

I stilled my work on the ropes, looking at the creature looming beside me.

Agree, and I will change you.

“And him?” I nodded my head to Sebastian, who was tossing items into his fire at far too quick a pace. They wouldn’t mix properly like that, which he would know if he paid attention to my lessons.

You can do with him as you wish.

I let my head fall back and looked up to the shell of the roof above me, the dying light of the evening kissing it purple and blue.

“Will I ever get to be human again?” I asked, eyes going back to the talking shadows.

No, you will be with us until the end. But you will not leave this place as human if he kills you.

And he will. It was said as a promise and I could feel the truth to it, just as I could feel Sebastian’s agitation leaking off him like electricity.

“Will you shut up, Leticia, I’ll be over to deal with you soon enough!” he shouted, turning to glare at me. The fire popped and fizzed, a sign of his ingredients separating, and he turned back to it.

“Alright,” I said, nodding my head to the monster waiting for my answer. “I agree.”

I am so glad, it breathed, leaning down to kiss the next words to my ear. I can just smell the potential. This may hurt, but only for a moment. It put its hand to my forehead, spindle fingers digging into the flesh at my hairline and dragging down. Thin cuts grew as it went, blood welling up and scenting the air. It dragged down my neck and over my chest until it stopped at my diaphragm and pushed in, under the ribs, to hold my heart. Well that was the blouse totally fucked.

The fingers clenched and I bit down on my lip to stop for screaming at the sensation, but it blossomed into a heat that kissed my ribs and up, snaking along my limbs and pushing out of my mouth and eyes. I felt the ropes burn off and pulled my arms down, marvelling as my skin turned from tawny brown to moss green, how my fingernails pushed out of their beds to be replaced by wicked claws. I heard the rattle of my teeth raining down and felt the satisfying stretch as more pushed though, sharp and set close together, clicking as I snapped my jaw shut.

I sat up and felt the world sway, felt my legs, now longer by half and muscled to match, stretched out before me.

“I feel dizzy,” I said, my voice ridiculous to my ears.

You will at first, Leticia, you are just becoming. Close your eyes. I did as bid, listening to the building echoing around me, the creak of the trees outside, the rustle of animals creeping past the invasive stones around us. It was peaceful, the world breathing with me, a blessed sense of tranquillity. And then I heard Sebastian: the hammering of his heart, the whispering voice he coaxed himself on with, the clunking steps of him pacing back and forth between the fire and his shelf.

“I want to make him stop,” I said, putting my hands to my ears. I found them larger than they were before and pointed to match my claws. Feeling my way up I found the beginnings of antlers, the brush of soft velvet meeting what was left of my hair.

Do as you feel is right, Leticia. Let your instincts be your guide.

I stood, uneasy on my new feet, almost hooves now, and stretched up to my new height. I slipped forward, silent as the shadows that had taken me in, loomed above the petty man who had brought me here.

This story originally appeared in Trembling With Fear Year 2 .