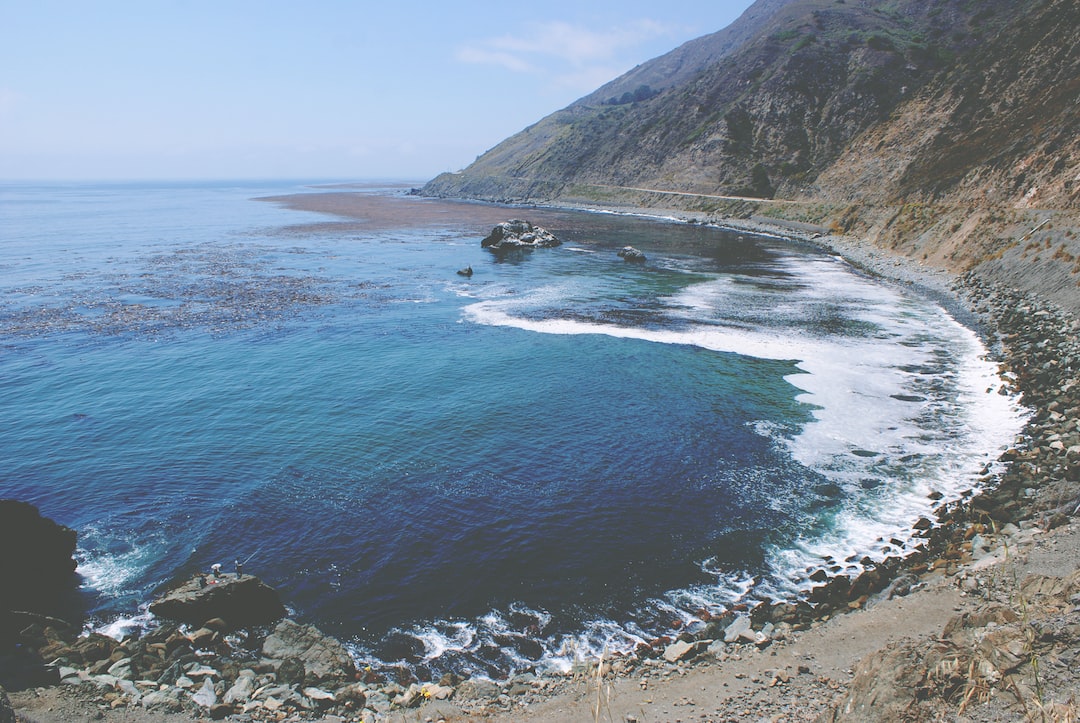 Photo by Wojtek Witkowski via Unsplash.

From the author: A companion piece to some of my other Scottish folklore tales, A Braiding Friendship is a story of one unlucky Viking traveler and his unusual evening. This story is based off a mix of Orcadian folklore and locations with as much history as I could reasonably bring in a short word count.

Hacking water out of his throat, Asmund pulled in a shuddering breath. The air was cold, beautifully burning his lungs and he whispered a broken prayer to Meili between the sting. Sitting up with an ugly grunt he rubbed his hands over his face and blinked into the dark.

The moon hung fat as a cheese wheel in the sky, reflected in the dark waters before him, and glowing off the low walls of the cove curving out like the arms of a giant. This was a good spot to be washed up. He murmured another prayer and promised part of his next meal in supplication.

Dragging himself up to standing he felt down his body, first for wounds dull with cold then for his belongings. His cloak was gone, as was his pack. His comb was still there, and his axe binding had stayed strong despite the waves. His dagger was pressing into his hip, he could feel the blade broad against his skin. His fire bag was sodden but still closed, and his numb fingers could just feel the shape of the stones and steel within. The gods were merciful.

Shivering he set off up the shore, sniffing the air. No rain with that sky, but he couldn’t smell any fresh fallen either and made his chest swell with hope. Tugging at the brush lining the sand he made a bundle of dry grass and twigs, before selecting a few larger pieces of wood from the trees and hacking them off. Only the end of the branches, he wouldn’t harm the growth.

Huffing back over to the beach he dug a little pit before nesting his tinder and tugging out his kit. Hands shaking, he struck the flint against the looping steel over and over. Sparks flew out, arcing in the dark, before one of the showers caught and began to smoulder. Barking a laugh he framed the twigs around it, tenting them for the embers to catch. Once they were popping and burning he circled it with stones and piled in the larger wood, marvelling at the hissing they gave as the flames leapt up.

He set his items beside the fire and stripped his tunic and shift, wringing them out and placing them beside the fire. He undid his braids, brushing them out first with his fingers and then again with his comb. His hair would dry much quicker down and he was grateful for the cover on his back. He began to comb his beard, gritting his teeth at the salt knots.

“Greetings to your wife,” whispered a voice behind him and he leapt up, grabbing his axe as he scuttled around the fire. A woman stood on the beach, covered in a heavy green travel cloak and barely holding back a laugh.

“Greetings to those at home,” Asmund replied, lowering his axe. She was pale, silver in the light, and there was a glimpse of dark hair spilling out from the hood of her cloak. Her eyes were the colour of dusk, a flitting blue that jumped with the firelight.

“You are a long way from home, Asmund of Bergen. What brings you here?” Her voice was water over stone, the creak of branches in the wind that made his scalp tingle.

“The water brought me here,” he said, standing to his full height. “My ship landed in the north and I sought to explore but I was taken off course. I’m far from my friends and my boat sank. Might I dress, lady?”

“I would see your markings first,” she said, voice still that of rustling leaves, and he held his arm out over the fire. Asmund was proud of his art. The curling branches over his hand and up past his elbow had been a slow treasure but he savoured their beauty. They reminded him of Taina, of the home he would make with her when the ship returned and he had money for her. The dragon straddling his shoulder had been more difficult to bare but he valued that too, the curling tail striping over his collar bone.

“A lot of ink for a young traveller,” she said, tracing one long line of blue along his inner wrist and up. Her touch was icy cold against the fire warmed skin.

“Less than my leader, lady. I have nineteen summers so time to earn more, gods willing. They draw me home. The tree for my roots, the dragon for my ship.”

“Sensible for one who is lost. You may dress.” She released his wrist and he tugged on his tops, wrapping his fire bag to his waist.

“I don’t know your name,” he said, bowing his head. “And my braids are undone before you. I would not bare such rudeness, my apologies.”

“Thank you, Tia,” he said, stealing a glance at her. She was watching him, pale limbs lost under the cloak again. It was moving as if stirred by a wind he could not feel. “May I broach a question? I mean no harm in the enquiry.”

“Such caution, Asmund, are you afraid?”

“I have no wish to be ruder than I already am.”

“Are you one of the hulderfolk, Tia?”

She laughed, a tinkling thing that made his teeth hurt, “What a question, and what a nerve!”

“By the one eye I apologise if I am wrong. It is ignorant to overlook the standing of a Fair One in my village, and I don’t know if you bide the same laws. If I have wronged you, lady, I seek forgiveness.”  He went to one knee, hand beside his dagger, head down.

“No, I plan to leave and find my friends. My wife, she waits for me at home, I wish to return to her. I came here by the grace of the gods and I would leave again.” He stood, looking at the fire.

“A polite fool is much better than an arrogant scholar, I'll take no offence. I do not like your friends’ habits, but you have done me no harm and this place would not permit you entry if you meant badness.” She was beside him suddenly, one hand winding in his hair as she pulled him close to her, “Sleep, and when you wake, leave. Do not return. Peace be with you, Asmund of Bergen.”

He opened his mouth to reply, a thrill of shock running down him at the traditional parting, but a darkness was rushing up with the sound of waves and he was unconscious before he could.

He woke curled around a warm stone, the heavy heat snug to his chest, and a green travelling cloak over his shoulders. He sat up, paused as his head swam with the motion, and felt his hair swing off his shoulders. It had been braided, the style far more intricate than his own methods. A green strip was threaded through it in a looping circle, like his steel, and he held it close. It smelled of smoke and rich earth: the image of Tia came back.

He shot up, laying the stone beside the fire pit as he pulled the cloak on and looked out to the sea. A small boat sat snug in the cove, bobbing with the waves, and he ran to it. He had no way of being sure he would make it back to his brothers, but he believed Tia. She had not harmed him in his sleep, as she could. He flung himself into the vessel and began to paddle, turning back to look at the shore. A cat sat, stretched beside the remains of the fire.

“Peace be with you,” he shouted at it, then began to paddle again.