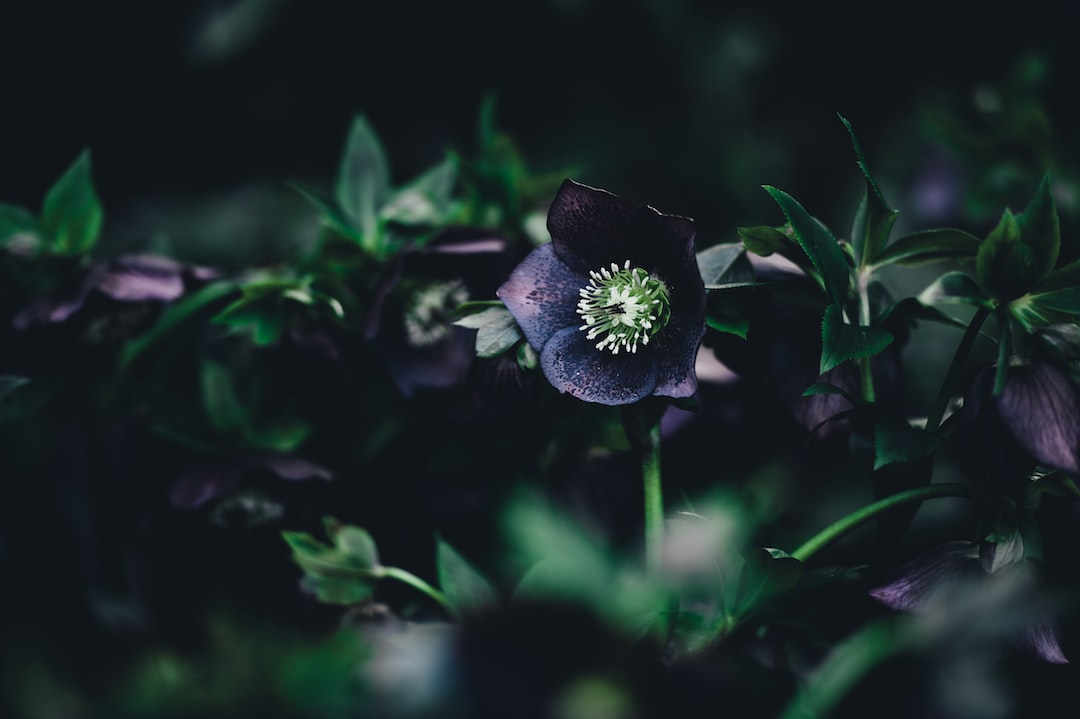 From the author: Three women arrive at a party in the same dress. That night, everything changes. This story was nominated for a Pushcart Prize.

One Saturday night six months ago, my husband and I attended a party where we saw three women wearing the same dress. To save those present from embarrassment, I will not identify them by name, career, or family status, but instead describe the fateful three by their avocations: the Artist, the Athlete, and the Gardener. This is my attempt to piece together the events of that evening, what led to them, and the subsequent fallout.

The Artist happened across the dress two months before the party, while shopping for a new set of kitchen knives. As she ascended the department store escalator, the dress caught her eye, summoning her with its exuberant splashes of color against a rich brown ground. When she got close, she saw that the splashes were full-blown blossoms. She tried it on, reveling in the full skirt’s swirl around her legs. She wore it often, no matter what the occasion was.

In their natural states, one of the women was fair-skinned, with brilliant red hair; one was dark-skinned, with tight black curls; and one was olive-skinned, with loose waves of deep brown.

On the night of the party, one of the women wore her hair short and one wore it up. One had no hair, thanks to the chemo.

The Athlete went shopping specifically for something to wear to the party. She tried on several outfits, dismissing the ones that required any kind of special washing. She circled the dress on its rack several times, attracted to the bright colors, before she ran her hand across its silky fabric, checked its care label, and decided it was worth a try. She loved the way it draped on her shoulders; she loved that she could wear it with any kind of footwear. She set it in the closet, and she looked forward to Saturday night all week.

One of the women had generous curves; one was so thin her bones stood out; one was precisely average on every physical measurement.

The Gardener wasn’t sure she’d make it to the party, but she ordered the dress online. She loved the jasmine and pansies and lily of the valley—which would never all be in bloom in the same place and season, but looked wonderful together—and the fact that they were against a deep, loamy brown. When she tried it on, she appreciated the way the unusual neckline, with its high collar and small cutout, added interest while revealing very little skin. She laid it over the back of a chair to remind her about the party.

One of the women wore the dress with a pair of shatteringly stylish metal-heeled stilettos; one wore boots because she was cold; one wore beaded flip-flops and elaborate pedicure art on her toenails.

“Uh-oh,” I said when I noticed the same flowers sparking like just-lit fireworks from different parts of the party’s main room. “How embarrassing. Watch the triplets dance away from each other all night.”

My husband caught my sightlines and made a noncommittal “hmm.” He smiled sympathetically; I wasn’t sure at whom.

But I was wrong. The Artist, the Athlete, and the Gardener found each other and exchanged compliments. They sat down together near us, glasses of wine and whisky and diet soda in hand, laughing and chatting. They did not attempt to keep their voices low, so I learned that they had never met before.

Although the party wasn’t a major event, it was big enough that a friend of the hostess was acting as photographer. When he strolled around to our corner, a panicky look crossed his face. I saw him fiddle with his camera’s controls, trying to get close-ups of each of the three women without the other. It didn’t work, as they were ignoring him, leaning in to hear one another.

“Ladies!” the photographer said at last. “The hostess would love to get your picture, but could I put some other people in with you? Maybe this fine couple,” he said to my husband and me.

“Why?” the Artist, the Athlete, and the Gardener asked in unison.

“Because you look like a three-headed sofa,” a woman behind me muttered into her wine glass. I chuckled, and she shot me an impish smirk, the big diamond in her ring flashing as she took another sip.

“Because I’d hate to have you run together,” said the photographer, plowing ahead as if no one had said anything. “It would make you look . . . bulky,” he added, trying not to look at the heaviest of the women.

“We’re not furniture,” said the Artist. “We don’t need to be staged.”

“We’re just here to enjoy the party,” said the Gardener. “Why don’t you take a picture of us together, doing that?”

“We wear what we like,” said the Athlete, “and we don’t care who else likes it or doesn’t.”

A wave of silence rippled from the three women who sat together, no longer laughing. The lights dimmed, slipping the room into a near-dark I can describe only as deep brown. The scent of damp, healthy soil slammed into the suddenly thin air. For a moment, I thought we were being buried alive.

Then a leafy, bitter scent crept in, intensifying as if a gentian flower were coming into bloom with every breath. The lights brightened, flecks of color falling out of nowhere. Swaying, I looked at the floor and saw a litter of petals thickening to a carpet that threatened to swallow us all.

The Artist, the Athlete, and the Gardener strode out of the party, skirts swishing, petals swirling in their wake. When the door shut behind them, the air was clear, the hardwood floor shining, the clinks and chatter of the party returning. More guests trickled out after the three, claiming sudden illness. To protect us all from embarrassment, I can’t give you their names, nor mine.

None of us has been the same since.

The woman with the big diamond has abandoned her obsession with fashion. No matter what she wears, no matter where she goes, her clothes take on the colors and patterns of the background. I have seen her out to dinner, where she makes the most of her décolletage because her little black dress is now just a transparent shape that shows the chair she sits on and the bustling servers behind her. Winter is the hardest season for her, when she needs long clothes and a hat and gloves. Then, she’s just a face bobbing in the air. She is less critical of others’ clothing now, since the effect goes both ways; she has no idea what anyone is wearing. I used to feel sorry for her, since her change is strong enough that I can see it through mine, but oddly, she seems less frustrated now than she did before the party.

The spell’s effect on the photographer is less obvious, but in some ways it’s a bigger change. He takes more photos than ever, all candids, never posed. Unable to discern which shots will work out, he has stopped arranging his subjects and started charming them. He avoids interrupting, and when he must do so, he’s friendly about it. His event photography business has improved; everyone says he makes them feel interesting and attractive. Since he can’t determine which shots are best, he’s hired an assistant to help him. The only events he can’t do are weddings, because it seems he can never identify the bride.

My husband has lost his sense of smell, or rather, had it hijacked. No matter where he is, he smells nothing but flowers (the only one he can identify is iris). Although he says it’s a pleasant scent, I can tell he grows tired of it. He doesn’t enjoy working the grill at barbecues anymore, but he doesn’t complain; he knows he got off easy.

We have all tried to get the Artist, the Athlete, and the Gardener to undo their spell, but they say they don’t know how. The Artist, the only one I knew before the party, says that she would undo it for us if she could, because she thinks that the point of this lesson has been learned. The Athlete thinks that they had no part in it, and that we did it to ourselves.

I last saw them both at the Gardener’s funeral. Out of respect, the two surviving members of the accidental coven wore the fateful dress. I know this only because my husband told me.

Since the night of that party, I’ve seen every person—woman, man, girl, or boy—wearing a rich brown dress covered with all kinds of flowers. I find team sports hard to follow now, but aside from that, I enjoy the effects of the spell. Sometimes I notice the way the dress drapes on someone’s shoulders or swirls around their calves, or I think the peek of skin at the neckline is fetching. Most of the time, though, I barely notice the dress; seeing it on different persons makes me more aware of the variations in footwear, in accessories, in face and hair and smile.

With everyone in the same dress, I finally see every single person. 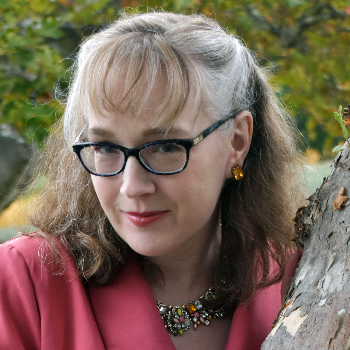 Laura Blackwell writes along the fantasy-horror continuum, dipping into fabulism or the weird as the story demands.