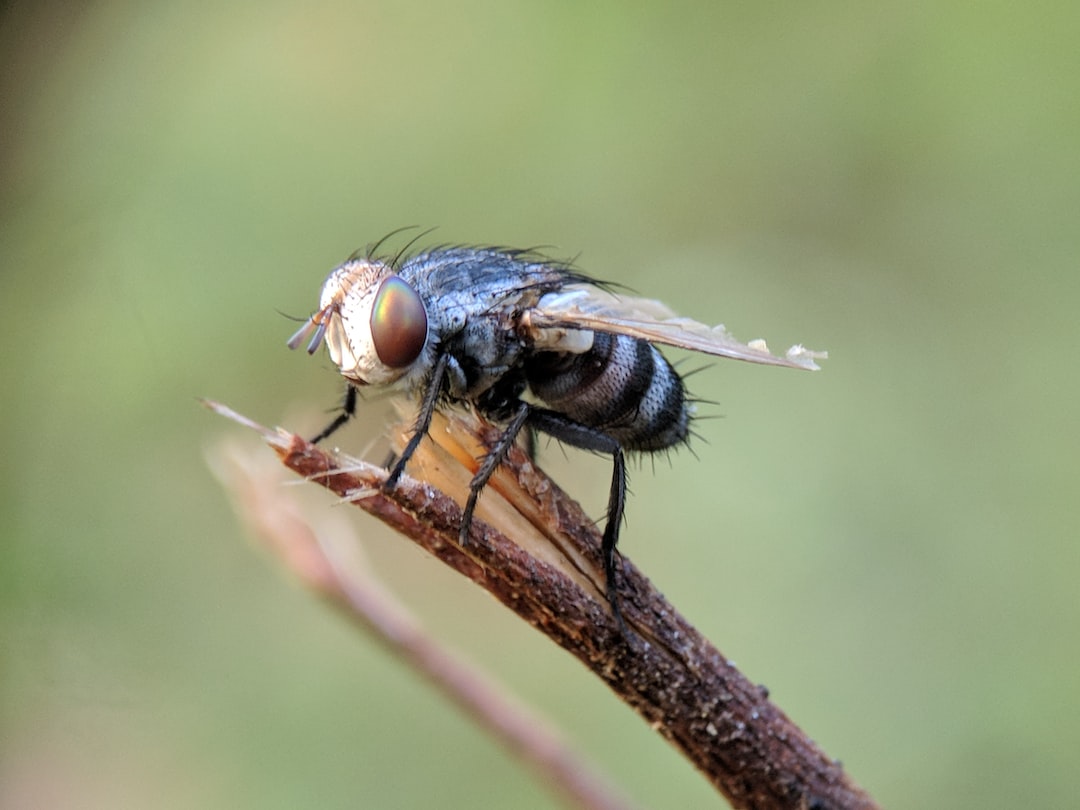 From the author: Everyone has a superpower. It might not be something amazing like flying or x-ray vision, but the powers are there just the same. Some people spend their entire lives trying to find their power, while the two friends in this story find theirs in a Dairy Queen.

"I used to be able to kill flies."

"Flies, I used to be able to kill them."

"You brought me to the girl's bathroom to tell me you used to be able to kill flies Maureen?  I can kill flies."

The two girls huddled together in a stall.  Stagnant cigarette smoke wisped around them like a mist.  Maureen sat on the stool, her hands pressed deeply into the blue and grey plaid skirt that was uniform at Mrs. Fennimore's Finishing School.  Leslie, facing her, arms crossed over her crisply starched blouse, leaned against the door.

"Anybody can kill flies."

"I can still kill them, just not as well."  Maureen, head down, seemed intent on the floor between them.

"I'm ditching Home Ec for you.  There had better be more to that than this."

"You are the only one I can tell.  I don't have any other friends here.  No one would understand."  Maureen turned her face up.  Her eyes were rimmed red.  "Please listen to me."

Leslie stooped and put her hand on Maureen's hands.  "I'm sorry.  Just be clearer.  That's all.  Now what do you mean about not being able to kill flies as well?"

"We're in the head.  No problem."  They pushed through the door together.  "There's one."

Around the ceiling light flew a large fly, a September fly, fat from a summer of waste food, spilled soft drinks, and whatever other unmentionable things flies feed on.

Maureen pointed at it, sighting down her arm like a pheasant hunter and said "Bang."  It caught fire, fell to the floor, smoldered for a second, and then was just a tiny pile of ash.

Leslie sidled over to it cautiously and stared down for a moment.

"No, I can't."  Maureen's face was a portrait of grief.  "Sometimes they don't even die.  They used to go up like firecrackers.  When I was eight, there wasn't a fly within a mile of our house.  I went out back, said 'bang' and it would sound like the Fourth of July.  I didn't need to see them; I didn't even have to know they were there, but now--this."  She pointed at the ash.

"You killed that fly.  Do you know how incredible that is?  You're a phenomenon.  People will want to study you.  We can make lots of money.  We'll be more famous than rock stars."  Leslie whirled gleefully.

"No!  Why do you think you're the first to know?  Sit down for a second and figure this out.  Do you think I want to be a freak?  No way!  It's a secret.  Only you and I can know."  They moved to the window seat.  The bottom panes were frosted to prevent people from looking into the second story bathroom, but the upper panes provided a good view of the commons area.  "Besides, at this rate in a few months I won't be able to do it at all."

"So what's the problem?  Most people I know can't kill flies that way and they're happy.  Black Flag works fine for them."

"I wasn't trying to be funny.  You have a real strange skill and it's going away.  People live all over who can't point their fingers at things and make them die.  I don't see the big fuss."

"The fuss is that I used to be able to do it.  It made me different.  Some girls can sing.  You can play the piano;  some are good at English or Math;  some are great dancers. This is what made me unique.  It gave me power that no one else had."  She put her head down again.  "And now it's going away.  I'll just be a stupid twelve year old at this stupid finishing school."

Another fly, blissfully unaware, buzzed like an airborne roller coaster in front of them.

"Bang"  It stuttered in the air and fell stunned, on its back, to the floor.  Seconds later it started spiraling its legs.  Maureen pointed and concentrated mightily.  "Bang."

This time it puffed into a tiny cloud making a discernible pop, like someone snapping a bubble of chewing gum.

"I don't suppose you could teach me to do that?"  Leslie gazed at Maureen, who stared back blankly.  "I suppose not.  Oh well.  Let's take a walk.  Maybe something will occur to us.  If you want, we can go down to Dairy Queen, and I'll buy us chocolate malts."

They cracked open the bathroom door, checked both ways to make sure it was clear, particularly of Mr. Haverson, who constantly wandered the hallways, and dashed for the front doors.  Ten minutes later the two young ladies were seated with malts in front of them.   A group of boys from the Junior High were in a back booth joking about football practice.  The rest of the store was empty so they had chosen a table on the other side of them.

"What are you going to do if you can't kill them any more?"

"That's why I wanted to talk to you.  Like Mrs. Fennimore says 'You must put things in perspective.'  But it's just not that Leslie.  Everything is changing.  Can't you feel it?"  Maureen shrugged her shoulders together as if in the grip of a sudden chill.  "I mean you and me, and all the girls in the school.  We're going apart.  We're coming apart.  I don't know what it is but I don't feel good anymore.  Losing this thing..."  She held up her pointed finger like it wasn't really a part of her--like it was an alien artifact whose function she didn't understand.  "...is only a side of it.  What is happening?"

She sucked up an inch of malt.  "I need perspective.  Does this mean I'm dying?  Will my health go next?"

Leslie looked at Maureen's drink.  "Your appetite seems good."  Leslie laughed, inviting Maureen to join her.  For a moment she held it in, but then she laughed too.  "Do you have a temperature?"

"No."  She wiped her face with her sleeve.

"Have you had any hallucinations?  Imagined you were Joan of Arc or Queen Victoria?"

"Have you felt an urge to steal dresses off the racks or wear your underwear outside your clothes?"

"All right then.  You're not physically sick, and mentally you seem fine.  What you need to do then is count up what you've got going for you."

"Not really.  Dad owns a couple of Mercedes dealerships."

"You're going to graduate from this dump at the end of this year, right?"

"You're probably going to a really nice private junior high like Kingshill, right?"

"Actually, no.  Chivingsworth."  Maureen looked much better now, her composure restored as she got caught in her friend's natural good humor.

"Ooh.  I'm impressed."  Leslie took a swallow from her own drink.  The boys brayed explosively at some obscenity and she cast a disgusted glance in their direction.  "That's plenty nice enough.  So your future is set, right?"

"Besides, has it occured to you that this one power may be going away so that a better one can come along?  Say, an ability to fly, or be invisible, or something really awesome?"

Maureen turned the idea over in her mind momentarily.  "I hadn't thought of that."

Leslie leaned over the table, locked eyes with her friend and said, "There's power, and then there's power.  Not all changes have to be bad.  Maybe you ought to just wait and see what pops up."

Maureen contemplated this concept for a bit as they finished off their malts.

Just as they were standing, two of the boys sauntered away from their group and positioned themselves at the end of the girl's table.  One was quite a bit shorter than the other, and both were wearing blue t-shirts with "Knights Football Team" in white on them.

"Excuse me.  You're from the finishing school aren't you?" said the taller one as he pushed a lock of dark hair from his forehead.

Leslie looked him over cooly.  "Yes.  Who would like to know?"

The shorter one glanced up at the taller one with an 'I told you so' kind of expression.

"Oh, I'm sorry.  My name's Jeff and this is Mark."  Jeff rushed through his next words.  His buddies were all staring at them from their booth across the way, snickering.  "Um, we're on the football team.  At the Junior High, you know, and we're sponsoring a dance to raise money--for helmets--and like, we were wondering if you two would like to go."  Leslie and Maureen looked at them expectantly.  "To the dance I mean, with us.  It's Saturday night in the gymnasium."

Neither young woman said a word.  They sat primly, backs straight, expressions severe, judgemental, as if they were dealing with a lower life form.

"You don't have to if you don't want to, and this is probably a surprise since you don't know us or anything."

Maureen said, "Thank you.  We'll talk about it."

The boys looked disappointed for a second, then the short one said "If you want to go, Jeff and I will be in here tomorrow after school and you can meet us for a coke or fries or something."

Leslie added, "We might, and then we might not.  We'll have to think about it for a while."

"Fine.  We'll see you tomorrow then maybe."  They backed up a step each, turned, and marched deliberately to their friends.  When they sat down they all began to talk in a low buzz.

"God, do you believe that Maureen?"  Leslie's eyes were glittering.

"No way am I going to a dance with those guys."

"The tall one was kind of cute."

"You really think so Leslie?  He was so sweaty."  Maureen screwed up her face like she had swallowed something distasteful.

"Gross!"  Maureen squealed.  "Well what do you want to do?" She said.  The boys got up then and walked out.  As they went by, Jeff and Mark said goodbye politely, but the rest poked each other in the ribs, saying things like "Nice legs," and "Oooh baby."  The door finally wheezed shut behind them.

"Of course boys can be pests too," said Leslie.

They watched the group walk down the sidewalk, then turned to each other and Leslie said,  "Obviously, those two are desperate for a date, or they wouldn't have asked us, a pair of strangers, to the dance.  We could go with them and make their day," she paused, "or we could say no and break their hearts.

"There's power and then there's power.  It's something to think about."

Maureen considered her reflection in the window superimposed on the retreating boys.  "You're right.  Not all changes have to be bad."  There was a moment of silent meditation as that concept sunk in, as they thought about not just these boys, but without realizing it, on a perfect subconscious level, all the boys in their futures.

Then they whispered it together, knowingly:

This story originally appeared in After Hours.