Jana found the body—stumbled across it, literally—on the beach, sticking out of the grey sand like a sculpture. Or an art installation, like the ones they used to have in the streets and parks back when this was still part of civilisation. Something commemorative, or symbolic, or just beautiful.

The body wasn’t beautiful. Although there could have been an argument for commemorative. Somebody died there, after all. And that wasn’t an everyday occurrence. Not any more.

‘What were you doing here?’ the guard asked her.

His eyes narrowed into a look of suspicion and clear disbelief. People didn’t ‘just walk’ anywhere these days, especially not along the shores of the spawning area. The babies were always born hungry.

‘And remembering,’ Jana added, but it didn’t lighten his expression. Most people didn’t do much of that any more, either.

She shrugged. ‘I’m old,’ she said, although since she’d refused rejuvenation three times, that hardly needed to be pointed out.

A small crowd had gathered at the edge of the rocks, where people were pointing and taking pictures. Blood and wrinkles: what a spectacle!

Jana pushed the heel of her hand into her chest, pressing down against the pain. She couldn’t tell if it was heartache or just indigestion. Could you be homesick for a place you’d never left?

Maybe it was actually the onset of cardiovascular disease. She was almost seventy now, after all. People used to die at that age. Come next year, rejuvenation would be mandatory.

Grandma, what wonderful medical technology you have!

All the better to keep you fresh, my dear.

The guard frowned at her, and she realised she’d spoken out loud.

‘Little Red Riding Hood,’ she said, but the frown just deepened. Maybe he was genuinely young, this one. People didn’t tell fairy stories anymore. There was no need: everybody lived happily ever after, these days.

She glanced back at the body. Almost everybody.

The guard followed her gaze. ‘You shouldn’t come here,’ he said. ‘Not when they’re hatching. You know that. You know what happens.’

Jana shaded her eyes and looked up the beach. Yes, she knew. But this place, with its dark sand and thickening sea, used to be her home. When the waves solidified, she could pinpoint where her house used to stand. There. Right there.

She hadn’t intended to say that aloud either, but it came out anyway.

Although beach and sea were the wrong words, weren’t they? It wasn’t sand she walked on, it was the fine, ground-to-powder debris of houses and roads, of bricks and bones. Of an old world. An old way of life.

And the waves were egg sacs, starting to swell and separate. Fully grown, the aliens were quite lovely. At this stage, not so much.

The guard touched a fingertip to his temple and his eyes lost focus for a second. Getting information, probably instructions, from his superiors. Which meant Jana was wrong about him being young. They didn’t do anything so self-conscious.

‘How old are you?’ she asked. ‘Do you remember what it used to be like, before the invasion?’

The guard stiffened. Wrong word, again. Alliance, that was what you were supposed to call it. Not invasion. Alliance. We’re all friends here.

‘Did you know the—’ the guard said, then broke off and jerked his head at what had been left uneaten on the sand.

He glared at her. ‘Subject.’

‘No,’ she said, and his eyes went vague again. Uploading his report, presumably. The verdict would be suicide. It always was.

Because everyone knew you shouldn’t come near these places. You couldn’t expect them to control themselves, could you, at that age? You know what happens. You’re not a victim, if you bring it on yourself.

You should stay within the city limits, where you could be protected. There was no need to leave, after all. Thanks to our allies, they were ideal environments now. No pollution, no disease, no deprivation. A perfect, efficient system with all needs met, provided in the name of friendship.

‘Of course, in my day we would have called it farming,’ she said.

The guard snapped back to attention. ‘What?’

She shook her head. ‘Nothing.’

He crossed his arms and looked at her for a long time. ‘Thank you for your co-operation. We’ll be in touch, if we need anything else. We know how to find you.’

Was there a threat, in there? Jana searched his eyes, trying to find out, but they were cool and empty again. Probably not; nothing so crass. Just a reminder.

She nodded back. She considered himself reminded. Not that she ever forgot.

‘But right now, I think you should go home,’ the guard said.

She turned away from the roiling waves and trudged back across the uneven, abrasive sand. 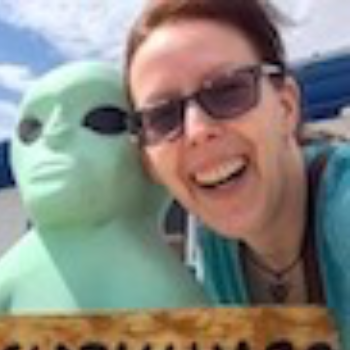