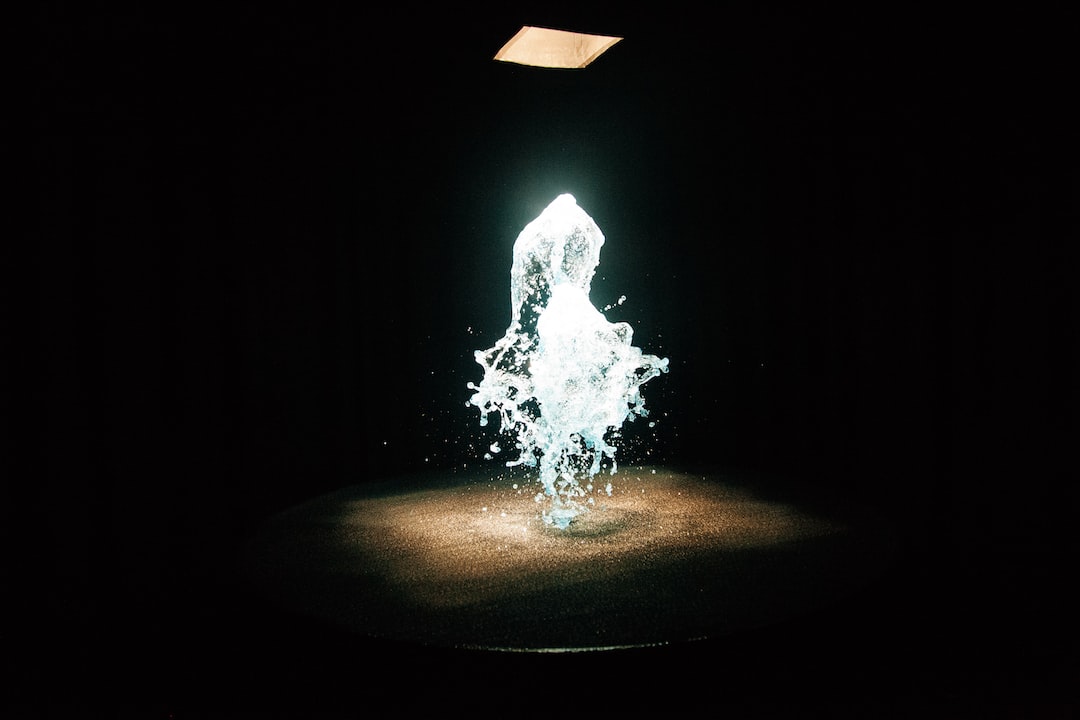 Photo by Anthony DELANOIX via Unsplash.

From the author: A theater manager recalls the time she met Faith Bacon's ghost.

I know you’re only asking to be polite, honey, but I love this story so I’m gonna tell it to you anyway.

First time I spied Faith Bacon’s ghost, she was stumbling across the stage of my theater after dark. I was just locking up when I heard a percussive thump, and then another. I’d been having some trouble with my lighting rig for a couple weeks, so at first I assumed the truss had lost a few lanterns.

She was dressed in wisps of chiffon, like a little lost cloud. All silvery against the backstage curtain. Her pale hair sat trapped beneath the weight of itself, longer than it ever was in life, like someone had forgotten to tell it to stop growing after she died. Poor creature tried moving downstage on two pinpricks of twinkling light in place of feet, but her legs kept buckling beneath her each time she started forward like a newborn fawn learning to stand.

Every theater in Chicago has its ghosts, but I’d never seen one this determined to manifest before. I can’t remember if I called out to her, but she looked up sharply from where she sat on the floor, and promptly vanished.

I looked all over that stage, but found nothing. The air was stale, full of that waiting quiet a stage holds between performances. Faith Bacon was gone.

Before I continue, I should probably tell you a little about Faith. A good ghost story needs its living parts, after all.

Faith started out as a principal nude in musicals, forced to remain completely motionless or risk being arrested for indecent exposure. She invented the fan dance to get around the law—you know the one. All the showgirls do it in Vegas now, and don’t let me hear you talking about how Sally Rand popularized it.

Who’s Sally Rand? Nobody, that’s who. In this home, we respect Faith Bacon.

During a performance, Faith would move her body between two great fans of ostrich feathers, at once naked and not. Law didn’t know what to make of that. It was only later in life that she earned a reputation for being “difficult,” which I’m sure I don’t have to tell you is the badge given to a woman who speaks her mind and refuses to take less than she deserves. Her career tanked. She struggled for years against addiction, and then in 1956, threw herself from a hotel window. Her roommate tried grabbing hold of her skirt, but Faith still had a little strength left, I suppose.

I saw Faith a couple times more that same month. Each encounter left me sadder than the last. Once, I spied the ugly cuts on her thighs, leftover scars from that time she fell through a glass drum during a run of Temptations at the old Lake Theater, right here in Chicago. No wonder she’s having so much trouble, I thought. She must have been in terrible pain.

I sometimes heard crying in the early hours of the morning. I knew it was her, just as I knew all she wanted in the world was to dance again.

I know I don’t look it, but I can be rather cunning—and so I concocted a plan. I planted my butt on stage for two weeks straight, hoping to catch her after-hours. When she finally appeared, she seemed less scared of me than she had during our prior meetings. Maybe she recognized a kindred spirit, another lonely woman struggling to make ends meet. Her eyes still had that wet starlet look, imprisoned between wings of black kohl, but she didn’t disappear.

I held out my hand, and she surprised us both by accepting it. Her stiff, bowtie lips relaxed in a smile.

Some will tell you ghosts can’t feel. That they’re just old energy in the room. But I’m here to tell you they’re wrong.

Faith was warm and she moved joyously from one foot to another, leaning on me as needed. I caught her when she stumbled, and as we sailed across that stage together, I imagined the marquee all lit up outside: Faith Bacon, One Night Only.

Is this fake bacon? I thought you said—well, honey, I’m sure I don’t know. You’ll have to ask the cook about that one. Your mama’s been talking about going vegan for years, but I think I’ll be dust before it actually happens.

Now, pass me those hash browns before your brother gobbles them all up, and I’ll tell you about the time I accidentally had dinner with Clark Gable's ghost.

This story originally appeared in Patreon.

Hayley Stone is a writer, editor, and poet from California who specializes in morally complex works of speculative fiction.