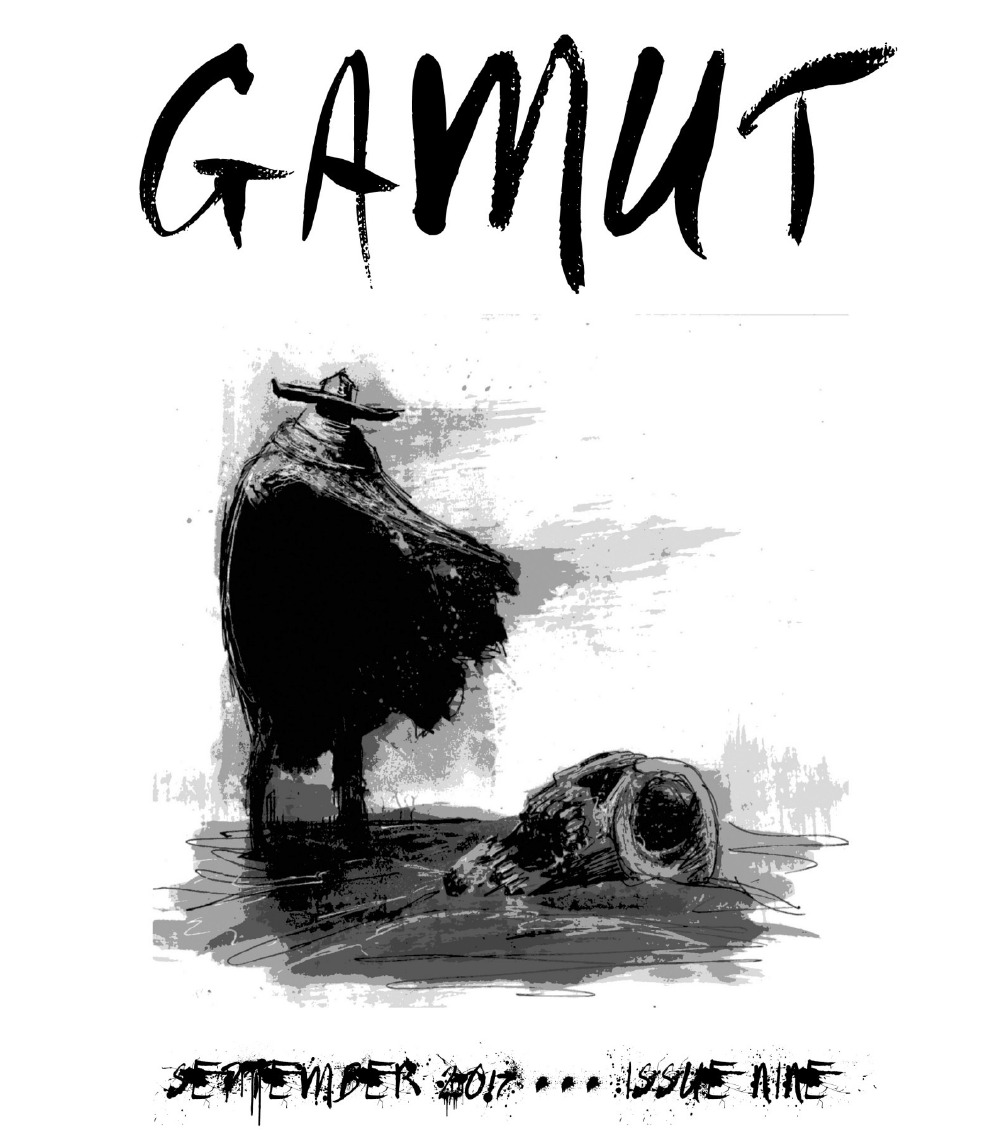 First, you’ll have to build a gibbet.

They were all burned under the Act of Recommitment fifty years ago, when capital punishment was outlawed in favor of MindCleanse procedures. There’s an old crossroads a few miles south of the dusty remains of a town that once had a name. It doesn't anymore. Build your gibbet there.

Oh, and you’ll need a body.

Here's where you might find one: there's a boy (young, like you were once) who lives at the edge of the city. He's hiding. He needs to get away from the relentless debt collectors hunting him. He won't fight if you tell him what you're offering: escape. He might even smile. The key is to lie convincingly, and not let his hope crack you open. What's one life compared to another, compared with yours?

(He killed the slumlord who tried to rape him, and he doesn't want to be MindCleansed in punishment. He's doing odd jobs, off the grid, to scrape together cash so he can ride the trains out to the coast. Where he'll shelter in his boyfriend's flat until they can both buy forged.)

Remember: you need this.

If you show your hand, ungloved, the brands interlacing like ribbons up your wrist to your arm, the boy will try and run. You can catch him; even in this biped body, you're faster than he is.

Craft a rope from wild nettle vines and rusted barbed wire—there’s plenty of both in the wastelands. Don’t step on the millions of bones left to dry and crack in the cold, red sunlight. Make him stand on a warped tin bucket. Loop the noose around his neck.

Remember: never look in the eyes. You'll see memory there (his, yours; good or ill). So don’t look. Wait with him until the moon rises.

He'll try and speak at first, talk you out of doing this. He'll tell you he's got people waiting for him on the coast. That he isn't bad. That surely, out of everyone in the city, you could find someone else, couldn't you?

You need a body. You need blood.

That will shut him up. He'll realize that you're going to kill someone. He won't want it to be him, but in the end, is he any more deserving to live (to die) than someone else? You might pick on one of his friends. Or the kid who lives in the basement next to him, who gets called the wrong names, whom he knows is a girl even if other people refuse to believe her. Or the old guy who was kind to him, who lives across the street and lied to the bounty hunters. Or the two young women who moved in above his flat when their parents abandoned them for falling in love.

His little community, vulnerable but surviving, finding pieces of joy where only they can.

So he'll go quiet, after a while. Then he'll ask, very softly, "Will you go somewhere else next?"

Of course. You can't stay in one place. The wanderlust is strong no matter what your body looks like.

"Good," he'll say, and swallow against the noose.

You'll make the mistake (you always do) of looking in his eyes: you'll know he's thinking about his found-family, his boyfriend, the girl in the basement, the old man who was kind. He'll try to be brave, but just for himself. He'll try to stay strong, convinced that you'll disappear after this and his people will be safe.

Even through the cloud cover, you'll feel when the moon is here. When the beast under your skin burns to rip free.

Here's how the ritual has always worked: you can't spill blood while the body's alive. So you hang it—vines padding the wire, wire strengthening the vines—until the heart stops. While it's still warm, pull the body down and eat the heart. It'll be hot and slick and full of life.

That life will calm the beast and keep it sated for another year; keep it restrained inside your skin so you don't run ruinous and rabid and leave another massacre in your wake. You'll move down the road, loner in a long coat and wide-brimmed hat, skirting the big cities. In another place, at another crossroads, eventually you'll build another gibbet. The beast isn't satisfied with crude methods (hands on the neck, an injection, a broken spine). The beast likes ritual.

As you get ready to kick the boy's legs out from under him, he'll do the worst thing anyone can: he'll tell you his name.

And the name will burn into your skin along your arm, another brand to throb in your dreams and remind you what you are. That for all the human-skin you wear, you're still a beast.  A name reminds you how you lost yours (the creature ate it), and how, once, you swore to yourself you wouldn't let the beast rule you.

See, the important thing that you should have done is gag the boy so you can't hear his voice.

Words will scrape against your larynx. "I'm a monster."

"No choice?" he'll ask, but won't look you in the eyes any longer.

And there's the thing. You can lie, tell him no. Make him think neither of you is to blame for your beast-nature. All animals need to eat. It's what you’ve told the others, isn't it? The lie gets harder each time.

You can kick his legs out and watch the sparks dull in his eyes. Listen to his choking panic, the beast's hunger, and your own guilt. Lick blood from your fingers and never see your hands less red. The moon will wane, and by dawn, you'll be on the road again, drifting like the wind.

There will be another gibbet and another body, and another, and another. Broken lives left in your wake, like there always are.

Remember: the beast never dies. Not without you.

Here's what you might do, when you see Carmon in the city.

You approach him and ask him for help. You can get him out of the city and onto that train to the coast. There's monies in your pockets, because all the dead you've offered the beast carry trinkets or wallets. Just because you feed it human hearts doesn't mean you don't need hard currency to live from time to time.

You can tell him the truth. He'll balk. He doesn't want to hurt anyone else. Even a monster. So you'll need to persuade him.

You could give the money you've collected to the girl in the basement, to the women upstairs, to the old man across the street, and have enough to ensure Carmon meets his boyfriend and they both start new lives together.

You can tell him how this will end, with the gibbet at the crossroads and the beast's hunger. A cycle that will go on.

(You swore you wouldn't let the beast rule you. Seems so long ago, doesn't it? Complacency always appeals, because it's easier than fighting. Why resist when you can just accept tyranny and hope it never comes for you?)

If you convince Carmon to help you, he'll ask quietly, "What do you need me to do?"

Lead him to the crossroads and teach him how to make ropes from moonbane vines and silver wire. You could help him build a gibbet, but really, a few stakes are enough. Show him how to bind you so you cannot break free.

He'll try to be fearless, but just for you.

Remember: you need this. You can defy the beast; not pass its curse on to the next boy (like what happened to you, so long ago). You don't have to devour any more lives.

When you're lying on the crossroads, your limbs stretched and tied to the stakes at each corner, when the moon rises behind clouds, when the beast writhes beneath your skin and screams in your mind, you can nod to Carmon. You'll already have given him the ritual knife you use to cut warm hearts from still chests.

"Are you sure?" he'll ask, because even now he wants to give you a choice, like you didn't give him.

If you say yes, he'll kill you and the beast will die. (He's not innocent. He knows how to use a blade.) There will be no more nights after this. You might even feel peace in the end.

And if you say no? Well. He'll still kill you. Because you told him that no matter what you say, he must. The beast lies. When you met him, you were honest.

So, the question becomes: Do you build the gibbet and feed the beast? Or do you change the narrative, change the answer, and let him live?

There's Carmon now. The midnight moon is hours away, and the beast is hungry.

It's your choice. It always is. 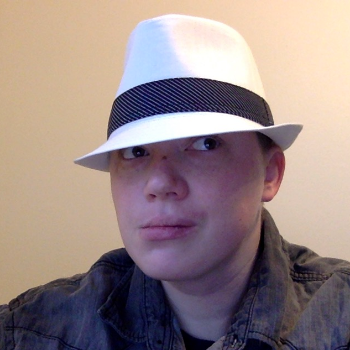