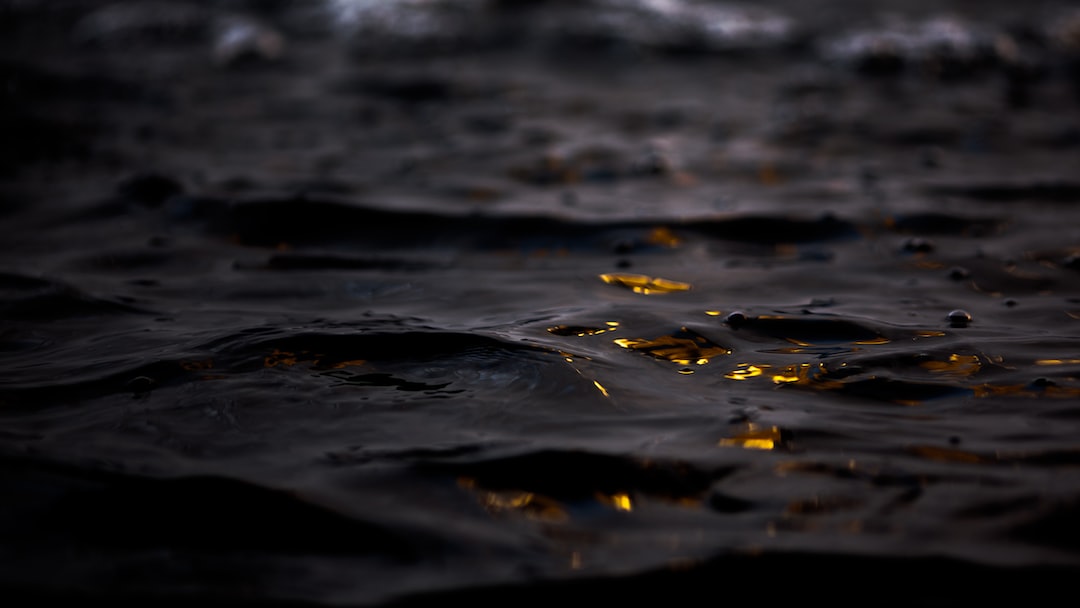 Photo by Ross Sokolovski via Unsplash.

From the author: The ocean promises a long-awaited reunion for a father and his young daughter.

"Does it hurt them, Daddy?" Evelyn asked. Her voice, whisper-soft and gurgling, reminded Jeremiah of the dark and the deep, of the lightless realm where the masters lived.

Jeremiah looked away from the ceremony up the beach and smiled down at his five-year-old daughter. Her upturned face bore the Dreamer's mark: round, goggling eyes; wide, flat lips; and the almost invisible gill slits on either side of her neck. She was beautiful, but the mark had become more pronounced of late. Jeremiah home-schooled her now to keep from frightening the newcomers, residents not of the old families who settled Almhearst three-hundred years ago

"It does hurt them," he said and took Evelyn's tiny hand in his, caressing the thin, translucent membrane between her thumb and forefinger. "But only for a moment."

Jeremiah glanced back at the ceremony. The villagers of Almhearst stood near a massive pit in the sand, their figures looming and distorted against the bonfire behind them. Ronald Davies and Adam Richards--the police chief and his deputy--each held one of Sylvester Hendricks' arms. They were large men, and they kept the owner of the Almhearst Dime & Drug immobile between them. Shirtless, his naked torso fish-belly pale, Mr. Hendricks bawled and moaned. Normally, Sylvester was quite an articulate man, but his powers of speech had abandoned him after he'd seen the fate of the other newcomers.

Gunther Almhearst, one of the village elders, approached Mr. Hendricks, the long, whale-bone knife in hand. Gunther would soon return to the sea, and his blessed transformation was visible even from where Jeremiah stood a hundred yards from the ceremony. This was the first time Sylvester Hendricks--or any newcomer--had met Gunther. The shopkeeper's howls became high-pitched and terrified when he got a good look at the village elder's face. Gunther knew his business and did not prolong the inevitable. He stabbed the knife into Mr. Hendricks' chest below the breastbone and ripped the blade down through the flesh beneath it. Mr. Hendricks' screams gave way to hoarse grunts as his entrails unspooled into the pit before him. Chief Davies and Deputy Richards held him up, letting the viscera unwind, and then let his limp body fall. The soft, contented piping of the growing shoggoth drifted up from the hole.

Jeremiah turned back to his daughter. Her fish-like mouth gaped open, exposing the tiny needle-like barbs behind her human teeth. She was breathing heavily, and tears clouded her glassy, protuberant eyes. "Why did Mr. Almhearst hurt Mr. Hendricks?"

Jeremiah squeezed his daughter's hand. "I know it's hard to understand, honey, but tonight is a special night. We give the blood of the newcomers to create the vessel." More screaming broke out behind him, this time a woman's voice. Henrietta Bright, Evelyn's kindergarten teacher, was next. "The vessel--the holy shoggoth made from the flesh of the newcomers--summons the masters to the shore. Can you hear it?"

The piping from the pit grew louder as Mrs. Bright's screaming came to a sharp and sudden end. The shoggoth's call was musical and soothing.

"I like that sound," Evelyn said, wiping her eyes. She offered her father a shy smile. "It's pretty."

"For my pretty girl," he said, bending down to take his daughter's face in his hands. He kissed her broad, flat forehead. Tiny, almost invisible scales rasped against his lips. "And it carries deep into the ocean so the masters can hear."

"When will they come?" Evelyn asked.

Jeremiah turned back to the ceremony. The last of the sacrifices had been made, and the villagers gathered around the pit. They chanted now, low and burbling. The shoggoth responded to the cadence of the chant, and its piping grew louder, rhythmic and eager.

"Soon, honey," Jeremiah whispered. He could feel the energy gathering, and the pounding of the surf seemed to echo in the villagers' chanting. The shoggoth rose from the pit, a towering monolith of squirming flesh. Its bulbous surface was pocked with the slack, staring faces of the newcomers and a myriad of less-recognizable appendages, orifices, and sensory organs. Its flute-like call reached a piercing crescendo, a penetrating wail the filled Jeremiah with an unnameable longing.

Jeremiah turned to see the inky water of the Atlantic shining with a soft green glow. It grew in intensity, and it soon became clear the light was made up of hundreds of individual lights rising toward the surface like a field of emerald stars.

The first of the masters flopped from the water a dozen yards from where Jeremiah and Evelyn stood, its black scales glistening in the moonlight, the bioluminescent patches along its back glowing a pale verdigris. It stood on two legs that bent forward at the knees and opened its fanged maw to breathe in a gulp of night air. The gills along its neck shuddered and then closed in the alien atmosphere.

The creature advanced up the beach, shambling and hopping toward Jeremiah. He saw the glint of gold beneath the barbels on its chin. The heart-shaped locket was grimed over but still visible hanging from its slender chain. Jeremiah's breath caught in his throat, but Evelyn made the connection first.

This story originally appeared in The Arcanist.