Neither Fishing nor Mending Nets chapter 14 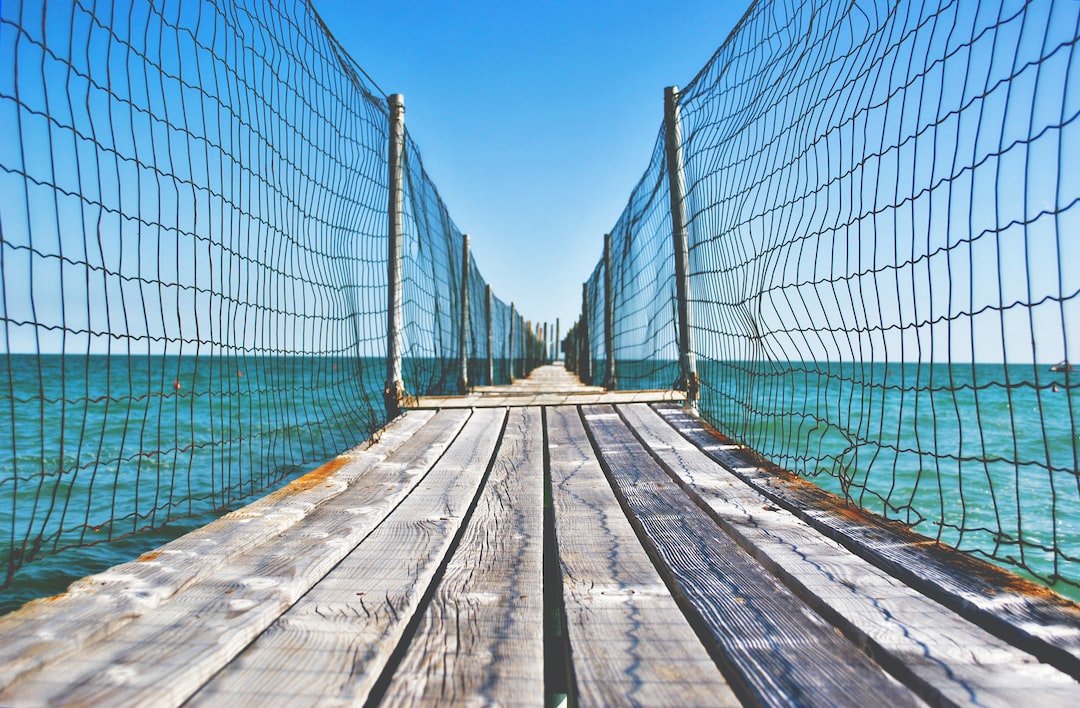 Photo by Martin Cehelsky via Unsplash.

From the author: The final chapter! This is chapter fourteen of a larger work which deals with a disabled young woman in a rural community and the people she comes to know once she leaves home. This work has been a fabulous story to explore, I have really enjoyed writing it and I hope you have enjoyed being along for the journey as well.

The letter arrived at the start of the following week, the day after her and her dad’s complaint has gone in. Funny coincidence that.

“A recommendation of removal of care and support, due to unreasonably aggressive behaviour,” she read aloud to her dad, sneering at the paper in her hand.

“That’s Barry’s recommendation, he doesn’t want me having carers in. He is not, however, going forward with any vulnerability evaluations or pursuing concerns about exploitation.”

“He’s going to leave you high and dry!”

“Wait till I get a hold of his boss, unreasonable behaviour my left foot.”

“He’s just getting this in before the complaints come in, that’s all this is. He’s trying to make it so you can’t live in the house.”

“It says there’ll be a transition period of two weeks to allow alternative arrangements to be put in place.”

“What do you want to do?” he asked and she bit her lip, toying with ideas.

“We could pay privately. I only need help at the start and end of the day, and it’s not like the Council care has been brilliant for a schedule. If I pay then we could set the terms.”

“That’s not going to be cheap.”

“No, but there’s some money from the compensation fund that’s not been invested. I could use that. It’s not perfect but that would do for now, wouldn’t it?”

“It would need to be temporary or it’ll cost a lot, love.” Alice rolled around the living room, straightening up her sofa and the magazines on the table as she sorted her thoughts.

“It would keep me in the house though, and it would mean we could keep the complaint going against Barry. That’s what this’ll be, right? We remove the compliant and he removes the unreasonably aggressive label. It’s a muzzle.”

“Probably what he has in mind, yes.” Her dad didn’t sound happy in the least, a low growl in his agreement.

“We’ll need to start doing interviews then and see what’s on offer. I know there’s a few private nurses on the go, they go on the bank list with the hospitals.”

“Right, let’s get some research done this afternoon and we can make some calls. I’m seeing Raymond this morning but we could go for lunch after?”

“Face is looking a bit better, he’s going to scar for a bit though.”

“Sure he’s had worse, the skin grafts probably scarred too.”

“No, you guys aren’t quite on the back rubs stage yet, that’s fair. Give me a text about where you want to meet later.”

Hatice was sat in the café looking over her phone with the fierce concentration usually reserved for back muscle form when Alice came in. She smiled to herself at the image, ordering a hot chocolate and heading over. This was their second coffee in as many weeks and Alice was privately very keen to continue them.

“Who’s annoying you?” she asked, grinning as Hatice’s eyes met hers.

“And I know how much you hate difficult clients,” Alice replied with a laugh, enjoying Hatice’s exaggerated sigh back at her.

“You don’t count. You’re just difficult because you thrive off it.”

“I can’t say you’re wrong.” Alice shrugged with a grin.  “What did you want to chat about?”

“I have been told by a certain ugly little man that we’re not offering my services in care and support anymore.”

“I only got the letter today, but yeah. We’re going to be complaining about it.”

Hatice nodded, smiling to herself as she did. “That would mean if you were to keep coming to the gym then you’d be doing it by choice.”

“Yeah, course I’ll still be coming. I can pay privately, and I’m going to keep dragging Raymond in with me. He’s going to have to go back to basics though, he’s buggered his ankle up.”

“Alice, focus,” Hatice said with a laugh, leaning over the table a little, “If you were to keep coming into the gym privately, there would be no conflict of interest.” She let one smooth hand slide over the table and stoke a finger along Alice’s knuckles.

“Oh.” It was an unusual thing for Alice to be lost for words, but that did it. That and all the blood rushing to her face in a wicked blush. “What about if the services come back?”

“Then it would be an existing relationship and could be declared. If that’s what you wanted.”

“That wouldn’t give you trouble?”

Alice smiled at that, turning her wrist and slipping underneath Hatice’s palm to curl her fingers round and squeeze their hands together. “We’ve only got two weeks to see if we need to declare it, so I guess we should get to it.”

“Always one to be thorough,” Hatice said with a nod. “How would you like to do that?”

“Come round tonight and I’ll cook you dinner? I have to meet my dad this afternoon but I’m free after that.”

“That would be wonderful. Will we say seven?”

“You have a date?” Her dad’s brows popped up at the comment, letting Mini off the lead as he came through the door.

“I do, and as such much as I love you, you have to clear out by six because I need to cook and get ready.”

“Naturally, wouldn’t want to cramp your style. And here’s I thought I had the biggest victory of the day.”

“Why, what’s yours?” she asked scratching Mini behind the ears.

“I’ve been talking to Raymond about setting up a support group. For widowers, in the county.”

“Nah, not much point in that when you know everyone anyway. This is more to let people talk about their grief, or loneliness, or whatever they want to. Men to men, no women so they don’t get acting funny because they think they shouldn’t be showing emotions or whatever.”

“Well we do have to have a mascot,” he said with a grin.

“That sounds good. Do you think you’ll have a lot of takers?”

“Not at first, but we don’t want too many till we get on our feet.”

“Yeah, sensible. Lets you get a feel for what works.”

“Speaking of that, we should be doing research rather than standing around talking.”

“Right you are. Grab a seat on the couch, I have a list ready for us to look at.” Alice patted her laptop and passed him a pen and paper to take notes.

Alice rolled down the ramp and onto the sand, grinning as she breathed in the salt crisped morning air. The beach was still quiet, only one other person watching the surf despite the blossoming sunrise creeping in.

“How you doing?” she called as she rolled forward, twisting her wheels to settle beside them.

“Not s’bad, how about you?” Raymond said, picking up a stick and throwing it overhand across the sand.

“Good, looking forward to the gym.”

“I don’t get special treatment you know, she’s just as heard on me still.”

“You love it,” Raymond laughed, shaking his head and picking up the stick again.

“Thought that was my job,” Alice said as she watched it arc away.

“No chance, I let you do that and all sorts will go wrong.”

“More wrong than they are now?”

“Don’t you be saying that, it was you that wanted me to do this.”

“I distinctly remember it being a joint decision,” Alice said with a shrug.

“Aye, joint between you and your da’ maybe.”

“You love it.” A squat faun pug raced towards them, stick in it’s stubby little face.

“Him. I love him. And how could you not, look at that ugly mush. He’s almost as ugly as I am.” The pug stopped in front of Raymond, dropping the stick and staring with its tiny, beady eyes as it wheezed. It sounded like a sick donkey. It glanced at Alice and she looked back at Raymond.

“You’re right,” he said, picking the stick up to throw it again.

“I was meaning giving it image issues. At least the dog’s cute. To some people.”

“Says the lass who feeds her dad’s dog scraps under the table.”

“Mini gets her legs walked off, I have to give her some perks,” Alice said with a huff.

“Have you given it a name yet?”

“It doesn’t even know it has a name, it’s not the smartest thing, lets not make it more complicated for the creature,” he said, tossing the stick behind them this time and watching the ball of fur spin itself about in confusion.

“Point taken,” Alice agreed, watching the dumpy body race past. “You know if you hug them too tight their eyes pop out?”

“Ah know, that’s why he’s got one of those harness things on. Looks like the bloody polis just to go out a walk.”

“Makes them less likely to pick you up I guess.”

“Did you just wake up in a good mood or did it take effort?” Raymond asked, starting to head towards the esplanade as Dug yapped after them.

“I’m just pleased to be out and about. We’ve been in that many meetings with the Council, and dad’s doing your group, it’s been ages since I’ve had a week off.”

“That would be the plan, indeed,” Alice said with a grin. “You taking Dug home before we go?”

“No, a certain trainer told me he’s popular at the gym. They’ve plans t’ take photos of him, put it up on one of these sites to get folk interested.”

“Oh yeah, I can see that – come to Thurso gym, blame your heavy breathing on the dog.”

Dug yapped at that, running up ahead of them on the ramp and planting himself down at the top to watch them. Alice wasn’t sure if it was approval.

“Heaven knows, but it means he can come inside and get a fuss. He always wants a fuss. Needy little beast he is.”

“I do, it’s hideous. I like walking him. He breathes like a priest in a brothel and I still keep him.” He leant down, clipping Dug onto his lead and letting Alice go ahead of him as they went onto the curb.

“I think it’s great. We can maybe introduce him to Mini soon.”

“She’ll run rings around him,” Raymond grumbled, shaking his head.

“Maybe he’ll keep up. You don’t know till you try it.”

“Aye, that’s worked for other suggestions you’ve given me at the beach I guess.”

“Exactly, you’d have missed having an adorable idiot for a dog if you didn’t follow my advice. Which is now hurry up, we don’t want to be late.”

“Perish the thought,” Raymond laughed, catching up to match her rolling speed as Dug trotted between them.