Katrina made this story available for free. Say thanks by sending her a tip.    Send Tip 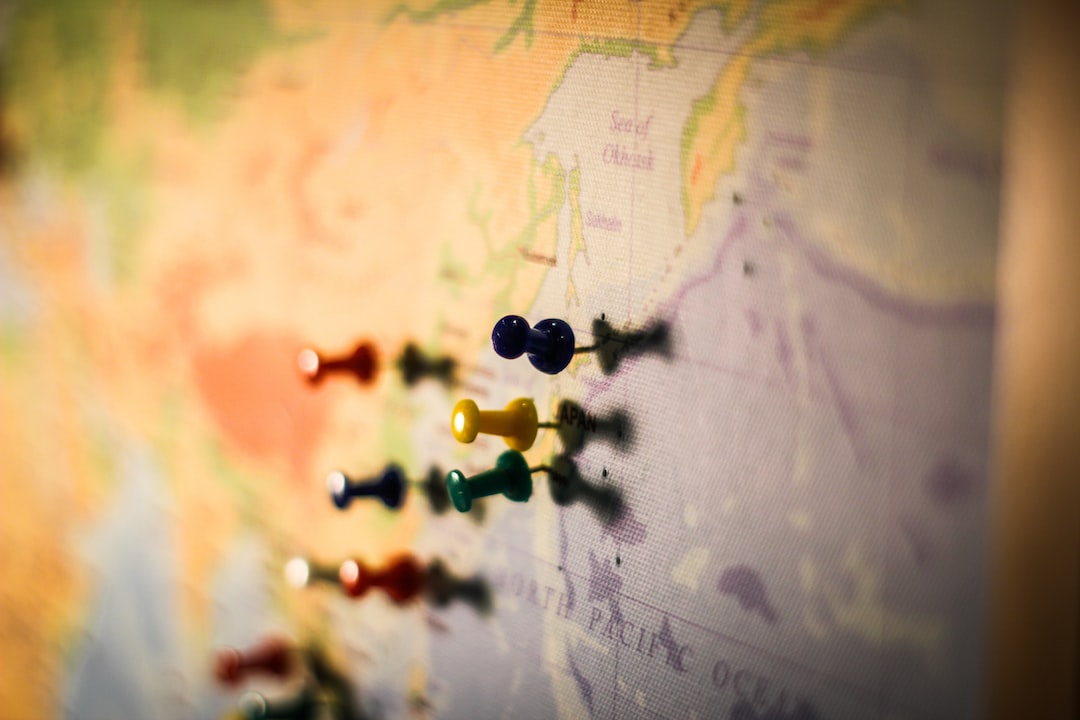 Photo by T.H. Chia via Unsplash.

From the author: In Cartography, Anna returns to old habits while seeking a new direction and breaks the news to Amanda that their childhood home has sold.

To open with the unexpected: I’ve taken to maps again. You remember maps? You remember stuffing the glove box full of them before a car trip? The way it felt to take an unknown turn down a country road pre-GPS? Even rectangles of topography, fields and roads and mountains bisected by the fold. We only ever had half of the information.  We had to anticipate the turn before the mile marker. The only thing getting us off of the dirt roads was wit and a vague remembrance of how the sun rolled across the sky. Back onto the pavement, where there were gas stations and magazines and the safety of knowing that when our intuition failed, as it always did, there were people who didn’t need maps.

This is how I learned to accept the unexpected. Getting lost with a purpose is more your kind of thing, but given the circumstances I thought I might try to see things from your point of view.

I had the day off yesterday so I took the kids to school and turned off the GPS and found a new way to get to the park where I run. I got stuck in one of those planned neighborhoods. The houses had lofty windows set into stone and suspended chandeliers draping from fifty feet above into stylishly bare alcoves.  All clay and dirt outside. No landscaping whatsoever. I am fairly positive that nine out of ten houses would have sported a toy dog.  I didn’t care to check. The frontier spirit lasted me only so far as this—when the binary choice is Pomeranians or satellites, I’ll go with the GPS every time.

I have a map of the country pressed between glass and pine on top of the coffee table in the front study. It still has all of the stickers we used to mark our places each time we moved through to somewhere else, tracking old histories in a way the satellites never could. I don’t let either of the kids put a glass on top of where you are, but they like to sit there, tracing the lines of America’s wide rivers with their hands until the glass is too smudged to see through and everything hangs under the vapor of their breath. They point out the colors to each other and make games of it. Jason likes to sail boats in the ocean off the coast of California, and Lily is especially fascinated by the orange states. She has asked me if they were on fire, and if so, did the neighboring states ask the fire nicely to stay inside the lines, or did they train it, or was it something the fire just seemed to know how to do. I don’t have the heart to tell her the orange is just orange. I have told her this is something you will know all about.

Details of your absence remaining unimportant to those under the age of ten, they miss you in every way.

Work is going well. I am adding on a new greenhouse. We should have tomatoes year round. Mike spends his evening searching the sky for asteroids and talking about accretion disks while I drink coffee and watch him through the window. How’s this for small talk? It’s hard to make. Is this how you avoid the inevitable? I’m more used to giving in. I am used to being your connective tissue. I am used to information spreading despite myself, but I don’t know what information seems right to spread anymore. Some things I have folded onto the other side of the map so that even I can’t see them. And if I don’t see them, how will you?

Here’s what I have seen: after I got lost yesterday I signed the papers to sell Mom’s house. I thought you should know.  The people who bought it seem like they would have been her kind of people, even if they aren’t keeping the tire swing.  Or the oak the tire swing hangs on, when it comes to it. They don’t have children, but our room will make a nice office. I would have liked to say I would have liked you there, but I am aware that, even now, there are things you will choose whether or not to understand. The burden of practicality is mine. I gave up on sharing it with you long before you retreated to the coast, leaving me behind with the damages.

I have tried to understand the steady state of unmovable things.

I do carry maps in the glove box, just in case the gps goes out. Yesterday I realized they aren’t maps from here, but from the places we’ve been together. Idling in a brick driveway, staring headfirst into a vaulted entryway, I went through the lot of them. Jason left a highlighter in the car along with his history book—a class he is failing, if in third grade failure is possible—and, with the delicate skins of the maps spread out against the book and the steering wheel, I marked all the roads I could remember in yellow from all the places I had ever been, with or without you.

Did you realize how connected it all is? All these streets running through different landscapes and under different names but the road is still the road, underneath all of that, and maybe in the end there is really only one.  Arterial routes and highways running state to state until they hit the ocean and turn around on themselves. So in some ways I suppose we’re driving on the same pavement, for all the space you have put in between.

Katrina made this story available for free. Say thanks by sending her a tip.    Send Tip