Neither Fishing nor Mending Nets chapter 13 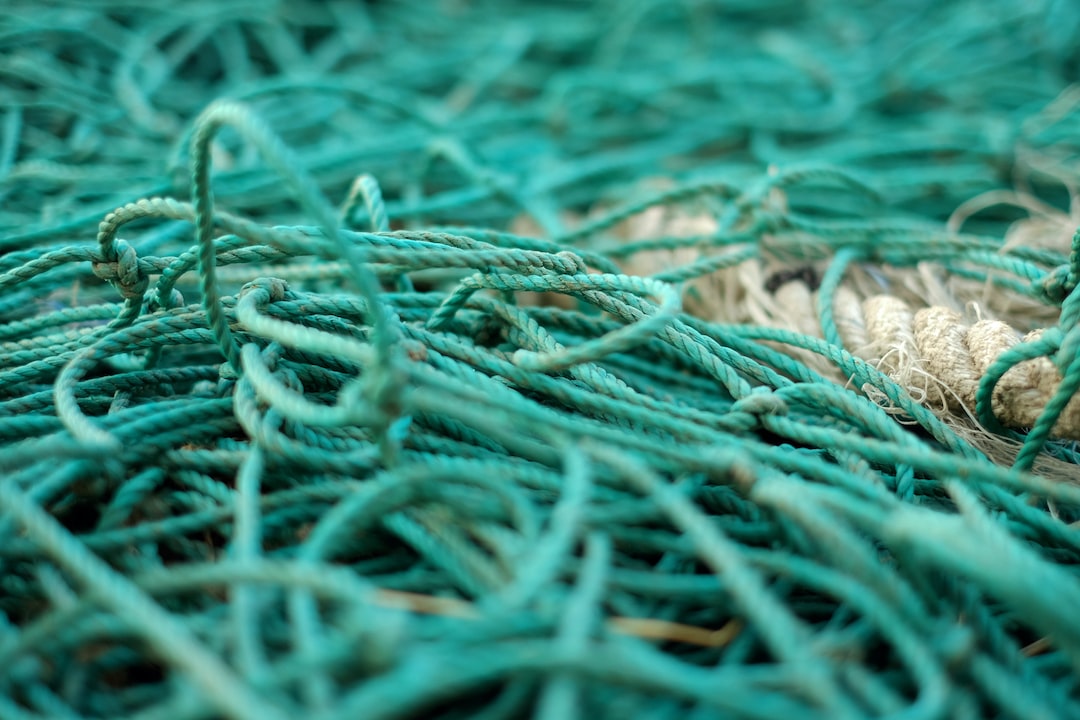 Photo by Eric BARBEAU via Unsplash.

From the author: Picking up the pieces is always easier with a cuppa. This is chapter thirteen of a larger work, which deals with a disabled young woman in a rural community and the people she comes to know once she leaves home. This will update fortnightly

They drove back towards Alice’s house once Raymond was patched up and considered safe to be left alone.

“Why’d he call you?” Alice asked as they waited at a traffic light, smiling at the soft snores Mini was now giving from the back seat.

“Hm?” her dad asked, glancing over at her.

“Raymond, why’d he call you about his accident.”

“His ankle is very swollen, he’d not be able to clean up himself.”

“Well yeah, but.” She paused, unsure how to bridge the gap of her uncertainty. “I get he didn’t call me given what’s gone on today, but why was it you he reached out to?”

He screwed his face up as he pulled away at the light turning green, heaving a deep sigh as they moved through the traffic.

“There’s two answers to that. You might not like one of them,” he said after a pause.

“Gotta tell me that one first then, so the other one’s a pick me up.”

“There’s a certain logic there, love, yes,” he said with a laugh. “It’s not going to be a short story though, maybe best with a cuppa.”

“Oh my goodness yes, I would kill for a brew.”

She put the kettle on and dug around for some biscuits, tossing a packet over to her dad as he got the milk out.

“Come on then, start your narrative and I’ll bring the tea over,” she said, pouring the water and letting their tea brew.

“A long time ago, Raymond helped me when I had a bad do.”

“A bad do?” She brought their tea, nabbing a biscuit and dunking it immediately.

“Back when you had the accident, when it wasn’t clear if you were going to get any mobility back or if you were even going to wake up. Things were hard. Your mum, she was brilliant, she was there at the hospital with you all the time, and I was there or I was home with Jenny, and we got through it, and we kept you.” He put a hand out, catching her arm and running his thumb over it. “We kept you and it was brilliant, even with having to get used to new things, I was just so glad. But I didn’t have anywhere to go with those feelings.”

He paused for a breath, grimacing as he came to the next part.

“Your mum was so busy with you two and I was trying to do my best but I’d just lie awake at night with my head full of noise. I did what most young men do and I started to drink a bit more than I should have, started getting longer and longer in the pub. This wound up with a lot of hassle from your mum, reasonably enough, and with me face down through a plate glass window I went through one night stumbling home.”

“Shit, didn’t think your skull was thick enough to break glass,” Alice muttered, quickly sipping her tea to avoid the look he was giving her.

“Raymond was the one who found me, face bloody and in a pile of a mess, and he got me up and slapped some sense into me and got in touch with the shop owner. He talked them into not getting the police and he paid for the window then and there, told me I could pay him back.”

“Then and there? Sounds like he was worth robbing.”

“He was still fishing then, he had a good bit of cash around. But he did that so there was less hassle for us, less hassle for your mum than just having to deal with an idiot like me on top of the rest of it. I thought about it later, when I was cleaning my head up, and I’m pretty sure he must have followed me out of the pub or it was the luckiest night of my life. Not sure which.”

“He’s a bit ugly for a fairy godmother. More like a fairy grump-mother.”

“Well if I’d seen a fairy I’d have probably thought it was the drink so maybe he’s what I needed. It was bad enough to drag me off into sense, shocked me into changing that behaviour.”

“Good thing you did, I can see mum kicking your ass if you didn’t.”

“She was scarier than Raymond, absolutely,” he said with a wink, taking a biscuit and snapping it in half to dunk as well.

“OK, so you went off the deep end, not a surprise.”

“Dad I have the self awareness to know becoming disabled was a huge impact on you lot too. Hell, given Jenny’s discussion today I couldn’t forget it, but I always knew it was hard.”

“I don’t want you thinking that, love.”

“It’s true though. I’m not saying I’m some terrible burden, just, it’s an upheaval. It was an upheaval for me. Must have been for you too. I get it. What’s the other reason?”

“We’ve been coming back to being friends,” he said, popping a bit of biscuit in his mouth.

“Slowly, like, because I didn’t want it to seem like I was spying on you or something. But we knew each other before and, well, we’re both widowers. There’s not a lot of support up here, it was good talking to someone who had gone through the same stuff.”

“That’s really good, dad,” Alice said, grinning at him. He quirked a brow at her, taking another sip.

“Of course. It’s not easy to talk about stuff like grief, and having a support network is really important.”

“I’m glad you feel like that, petal,” he said, putting his cup down. “It’s been a help. I’m even trying to talk him into getting a dog.”

“Don’t, he can barely look after himself.”

“Aye might be a bit early yet indeed. But I think it would do him some good, having something else. Going to the gym with you has helped him too.”

“I like to think so. That might be all blown out of the fucking water now though.”

She nodded, pulling her phone out to see if she could call Hatice. “He’s a rotten little worm.”

“We’ll get a complaint in, as will the Dr, and we can see what happens there. You can keep going to the gym till then.”

“What if he writes her up? She’s not got full leave to remain yet and if she loses her job...”

“He can’t do that without looking like an idiot, and if he tries we’ll support any appeals she needs to do. We’ll do everything we can.”

“Thanks, dad,” she said, giving him a hug. “Today really sucked.”

“Aye, it did. I’m sorry I didn’t tell you about this all. I wanted to, but they said it would mean I couldn’t attend if I did and I couldn’t have you in there on your own.”

“It would have been appreciated but I’d probably have ended up stabbing someone with a pencil. Maybe Jenny. Maybe Barry, who knows. It’s good it’s over is all I can say. I’m going to call Hatice and then head to bed, you ok to go home?”

“Aye, of course,” he said, standing up and moving the cups to the kitchen sink. “I’ll maybe come past tomorrow though, we can do something together?”

“Sounds good to me,” she said with a nod, wheeling him to the door.

“How did it go?” Hatice asked as soon as she answered.

“It was awful,” Alice said, laying her head back on the sofa. “They thought Raymond was trying to abuse me, or get with me, and it degraded into a massive fight. Jenny said she didn’t really believe I was gay. The doctor stormed out, she looked very good doing it. I wheeled my way out when it was obvious the shit show would only get worse.”

“Me too. I have to tell you though, the only way I got them to listen was by coming out, and Raymond mentioned you. Not by name, but he mentioned about the gym. And me being obviously head over wheels for you, I think was how he put it. So you might get the social worker there.”

“Let him come, we’ve never done anything,” Hatice said, voice bristling over the phone “If he thinks he can throw his weight around in my gym I’ll have him out quicker than I had that other idiot banned.”

“You’re not mad about it?” Alice asked, eyes opening in surprise.

“Of course not, why would I be angry? The man is an idiot if he thinks Raymond would have a chance with you, physically or mentally, and it is on system that I’m gay because I had to declare it.”

“I thought you’d be more upset about this.”

“I’m upset at the hurt they caused you, and I’m upset that some idiot thinks she knows you better than you do. Don’t worry about what it brings to my door, I have a good team in the gym and I’m qualified to work here or with the NHS. Even if he does come causing trouble, I have support and options.”

“I’m so glad to hear that,” Alice said, resting one hand on her chest. “Hatice I was so worried that this would mean you’d have to leave, that someone would use it against you.”

“You silly thing, worrying about me when this was all going on,” Hatice said, her voice warm with a smile. “We should have a coffee to discuss it, you must be exhausted.”

“I could sleep for a week. I feel all out of whack from crying.”

“It will have set your electrolytes off balance, you should have some coconut water to help before you go to bed.”

“They used to use it wars, you know, it works.”

“I’ll consider it, that’s as good as you’re getting.”

“Then I will take that and bid you goodnight. Text me in the morning about coffee, yes?”

“I’ll look forward to it,” Alice said, hanging up and looking at her phone screen for a long minute. Coffee could be good.