Megan Lee made this story available for free. Say thanks by sending them a tip.    Send Tip

A Sea Without Oysters 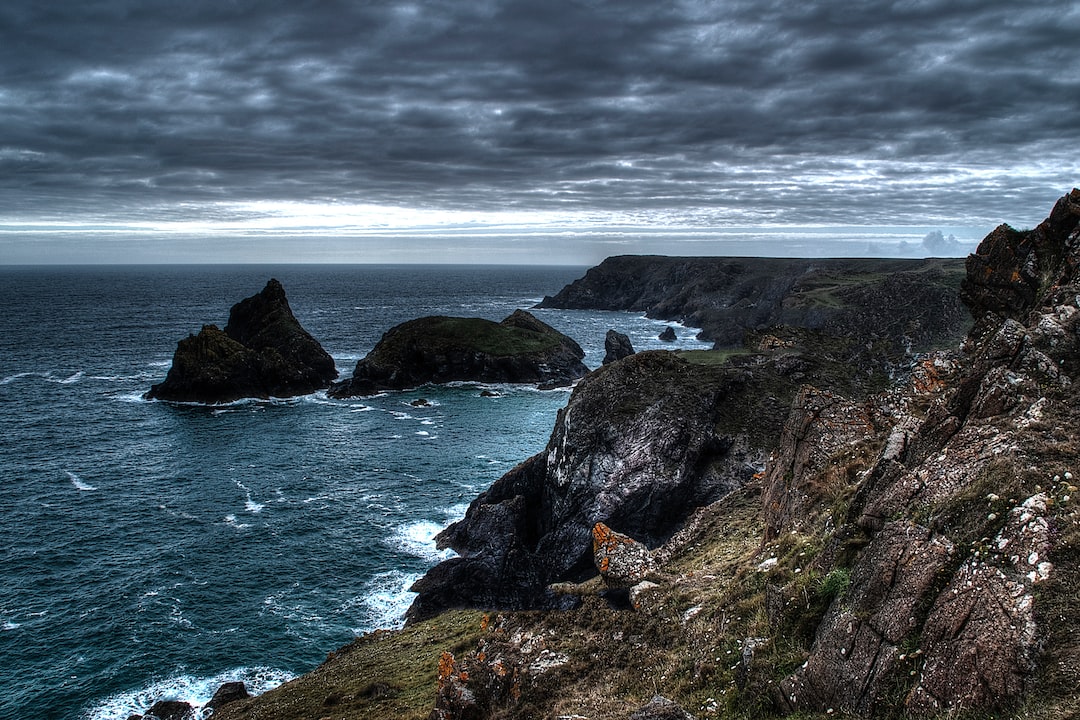 From the author: An explanation for where oysters come from, and how pearls came to be locked inside them.

These beaches which cut your feet to ribbons, high banked and rock filled, with half a hundred oysters in between every step, used to be free of shells. Empty. Once, long ago, there were no oysters in the ocean. Just one little Oyster who lived in a village by the sea. But there were still pearls. The surf was full of pearls, and each tide would bring a mess of them, as numerous as the stars and tangled in the seaweed.

Children would pick the pearls out of the sand and trade them and play them like marbles. Young women would weave them in their hair. But there was no need to keep the pearls for any length of time, for no pearl was more beautiful than the last and the tide would always bring more. Then one day a pearl washed ashore that was more perfect, more beautiful than any other. It gleamed even in the dimmest evening light, and there were colors so deep inside its perfect white sheen that you could see the dawning of the universe take place in its heart.

That perfect pearl rolled up on the waves and hit Oyster’s foot. Before she could reach down and grab it, her husband, Otter, snatched the pearl and held it up, away from the safety of Oyster’s loving hands. The rest of the village descended upon it, inherently knowing that this was a pearl unlike the rest. Oyster watched her pearl pass from hand to hand, each of the unworthy villagers grubbing over it like beasts, until it fell back into her husband’s hands.

Otter was a big man, joyful and strong, and many in the village looked up to him. He eyed the pearl, gently ran it along his teeth, then smiled at Oyster and the rest of the village. Otter would build an altar for the pearl, and place it in the center of the village under glass to allow everyone an equal glimpse of its perfect beauty. The villagers clapped and congratulated Otter on yet another brilliant idea, but Oyster was not satisfied and she steamed at him from afar while he collected driftwood for the altar.

Oyster waited, glaring, until the altar was finished, and she waited again until the people were asleep before she crept forth and made her bed under the pearl. Otter was worried, come to bed Oyster, think of our unborn child, but she was angry with him and shrugged off his thoughtless hands. The cold night was a more comforting bed than any shared with a thieving husband.

While villagers slept, the wind carried whispers of the pearl up the mountains to echo in the cave of the witch. Her ears perked, one eye popped open and she caught the sound of the pearl in her fingers and tested it on her teeth.

There was great power in perfection, and such an object would grant its owner unparalleled magics. The whispers she swished around in her mouth spoke of a universe beginning deep inside the pearl’s shell, and the witch knew she had to have it, whatever the cost. So the witch tied up her hair and covered her naked body with a sour blanket and the hide of an elk. Dressed in her finery, she left her cave and followed the river down to the village.

Where she walked the ground broke and the river swelled to swallow her footprints. The animals stopped speaking, the trees grew closer to block out the sun. When she arrived at the village, the whole sky was a dark and twisted cloud that crackled with lightning. She asked for the pearl, and Otter stepped forth to graciously ask the witch into his home.

Otter welcomed the witch with a feast, and the witch ate heartily, for her journey was a long one. She spoke only niceties while they ate, and when she finished she set aside her bowl and began to bargain. She could give the village and its people fifty years of luck, with good harvest and strong children, but Otter was sly. He thanked the witch for her generous offer, but the pearl was not his to give, and even if he could, fifty years was so little compared to the happiness the pearl brought to the village. The witch picked her teeth and tried to look bored as she offered a hundred years of luck, and she’d keep the pests and birds at bay when the harvest came each year. Otter sighed and collected their bowls, and the witch was so afraid to lose the pearl that she leapt up and shouted “A thousand years!” He laughed and grasped her hand and shook and they left the house to collect the witch’s pearl.

Now during this, anyone who could find an excuse to be in Otter’s home was pressed around the witch, and everyone without an excuse was pressed to the windows and breathing on the glass. The witch was well known but rarely seen, and none of the villagers would miss the chance to see sparks of magic fall from her toes and hair. But Oyster did not care to see the mundane sparks of witchery. While the people were watching and the witch was bargaining, Oyster stayed away to protect her precious pearl. She stole it from its altar and secured it in a small pine box, then hid it among the dunes. The witch was not fooled. She smelled the magic of the pearl through the thick pine and she descended on Oyster from a cliff carved from sand, her hair strewn wild from the whipping winds.

“Get away from there, girl!” shouted the witch as a sheet of lightning flashed overhead. “Otter and I have already conducted business. The pearl belongs to me.”

Oyster scoffed and sat down over the box, her legs clamped tight around it. “My husband is a fool. It does not belong to him; it belongs to everyone here. Being a part of the people, I reject your offer.”

The sea began to stir, throwing up a froth of seaweed and pearls onto the beach, and the skies opened up to flood the village. The witch opened her hand to the sky and shouted at the girl. “You have no right to revoke what has already been deemed mine! I will have that pearl, or this village will drown!”

As she spoke a massive wave rose up from the sea, pregnant with wild witch magic, large enough to wash the village from the earth. Witch magic is fury itself. It cannot be contained once aroused, even by the witch who summoned it, and that wave smashed down on Oyster and the witch, splintering the box into a thousand pieces. That furious wave carried the pearl away from the beach back to the sea where it belonged. The witch and Oyster stood shocked and sopping wet, buried up to their shins in the sand while the tide drained out around their waists. They watched the pearl go out to sea, and just as its beauty was beginning to fade with distance, Oyster and the witch awoke from their shock and pulled their legs out of the sucking sand to chase after it. The witch was first to free her legs. She sprinted into the surf with Oyster chasing after. The witch with her magic was fast, but Oyster was younger and spry. Oyster reached the pearl first and held it in her fist and wrapped it close into her chest with all her limbs. The witch gnashed her teeth and tore at Oysters arms, but the girl only held tighter.

Otter and the rest of the villagers watched Oyster and the witch fight in the surf, Oyster so concerned with the pearl she wouldn’t lift her head even to breathe while the witch scratched her arms and abused her body. For weeks they floated out to sea in this way, the witch growing wilder with each passing blow, until she was nothing but arms and abuse, and Oyster only became harder and more calloused while she kept the pearl safe from harm.

Years passed, they both sank down to the bottom of the sea, and the witch with all her scrabbling arms and hungry eyes tore herself into the first hundred octopuses. Her children still scrounge for treasures on the ocean floor. And Oyster gave birth to Otter’s children, all calloused and hard as she was, with a razor edge to warn the world away. They gobbled up all the pearls in the ocean, and it takes a mighty force just to pry them loose.

Megan Lee made this story available for free. Say thanks by sending them a tip.    Send Tip 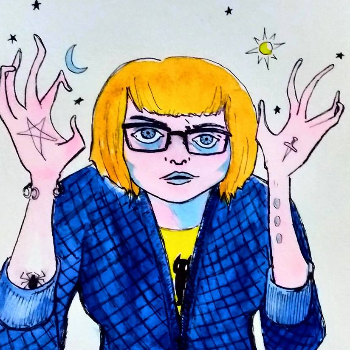