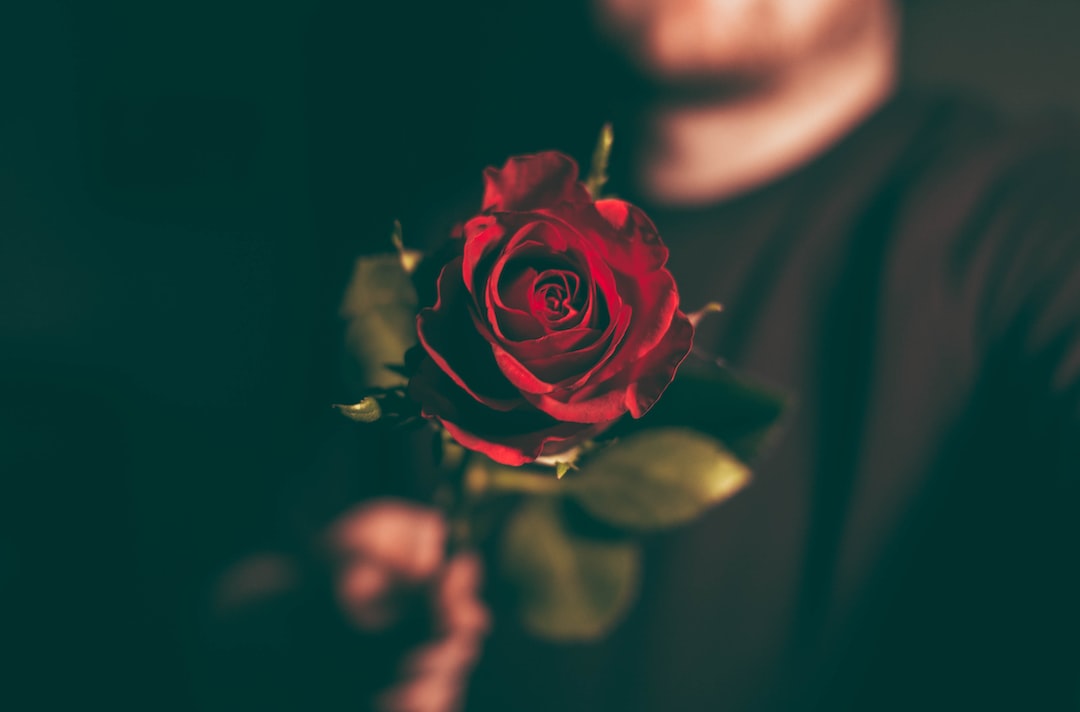 Photo by Jamie Street via Unsplash.

From the author: Ruth Baker’s ex shows up at her door… months after his death.

"What are you doing here?" she asked when she opened the door and saw him on the stoop — standing, breathing, living. He clutched an enormous bouquet of roses to his red flannel shirt and regarded her with a dopey, love-struck smile, reminiscent of their better days together.

"Yes... What's going on?" Ruth stepped out to the porch, pulling the door behind her so that it was nearly shut, but not latched. "You're dead. I was at the funeral. I saw the body."

"I know," he said, shaking his head. "Don't freak out, but I thought it'd be worth it for the look of surprise on your face. Happy anniversary, Ruth."

He was right about one thing: it would have been the third anniversary of their first date.

He was dead wrong, though, if he was expecting a look of delighted surprise. All Ruth could manage was a weak smile of befuddlement. There were no chapters about "what to do if your ex-boyfriend comes back from the dead to wish you a happy anniversary" in any of the piles of relationship books she'd read after he'd suddenly, inexplicably dumped her last year and then died six months later. Any warm-fuzzy feelings of "Oh, how sweet" were a year too late.

"Are you... okay?" He tipped his head in that puppy-dog way she'd once thought was so cute.

Considering their past, she thought she was handling his sudden return to life pretty well. She hadn't burst into tears or gone after him with a zombie-killing chainsaw, both options which would have been logical under the circumstances.

"Yeah. You look... healthy," she said. Especially for someone who was supposed to be dead. "But how—?"

"Since the doctors only gave me a few months to live, I took the money that I'd been saving to buy you a ring and used it on a time travel trip instead. I could only afford a few hours. Today is — for me — our second anniversary, but since I knew that I'd be gone before our next one, I thought I'd surprise you with one last date together, an opportunity to say all the things we might not have gotten a chance to say. I even got tickets to the basketball game tonight." He stared into her eyes expectantly.

Well, at least that explained his appearance here. This was pre-breakup Todd. Pre-death Todd. The Todd from a whole year ago.

"I know this is a shock," he said. "Do you want to talk about it? I could come in for a bit; the game doesn't start for another hour."

The door creaked open behind her.

Ruth didn't even have to turn around to know that Jett stood right behind her, a surprised smile forming dimples on his cheeks. "Oh. Hey, Todd."

"Jett? What are you doing here?"

"I could ask you the same thing."

"Time travel," Ruth explained. "Just give us a minute, okay?"

"What was that about?" Todd shouted. "How could you? I can't have been dead for more than... well, how long has it been?"

"And you've moved on already? And with my best friend? How long have you been seeing him?"

"No. Forget it. We're done." He chucked the roses into the bushes and stormed away, despite Ruth's half-hearted protests. What more could she say? What difference would it make now?

And yet... he'd gone through so much trouble. And their relationship had been good. Just seeing him here made all those feelings rush back.

"Todd! Wait!" she called. "Please. I want to go with you. I want to have this one last night."

Jett was suddenly at her shoulder, whispering in her ear. "Ask him if we can have the tickets."

"Shut up," she hissed, but Todd had heard.

He turned and pointed an accusing finger. "Over my dead body!"