Neither Fishing nor Mending Nets chapter 12 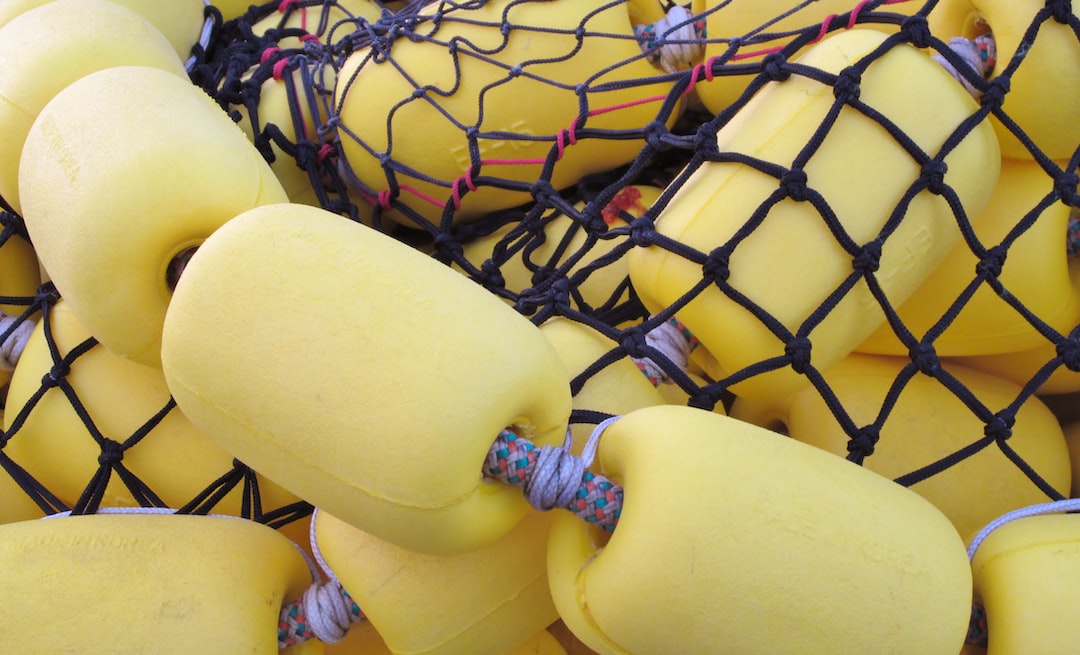 Photo by James Ahlberg via Unsplash.

From the author: We discover what happened to Raymond, and Alice has to face an unexpected visitor. This is chapter twelve of a larger work, which deals with a disabled young woman in a rural community and the people she comes to know once she leaves home. This will update fortnightly

“I’m not sure you should come in, love,” Michael said as they parked up, glancing over to Alice. She was petting Mini, stroking the short fur on her snout, and chewing her lip.

“No, but you’ve had a bad day and you don’t want it made worse.”

“We’re at the wrong end of town for me to head home anyway, I’ll just come in and make sure he’s alright.”

“The house might not be accessible,” he said and she frowned at him.

“They adapted it for him when he had his legs done, there’s a ramp.”

“Aye, right you are,” he said, shaking his head. “Let’s leave Mini in the car then.”

They got out, Alice slipping down the ramp with practiced finesse, and went towards the door. It was open a crack which made her nerves jangle.

“Hello?” her dad called as he pushed it open, Alice rolling behind him.

“Through here,” Raymond shouted from a door along the corridor and they started towards him.

The house wasn’t exactly what Alice imagined – not that she’d imagined much, she realised. It was big, all dark wood and stained red carpet in this part with dim rooms leading off. The walls had photos on them, the frozen faces of younger kids caught with smiles and neat hair or holiday snaps. The frames needed a dust. A newer one was near the main door with a woman and a tiny, swaddled baby.

They emerged into a hideous kitchen, the style in painful need of an update, to a bloody and miserable looking Raymond. Cuts littered his face with a nasty one leaking from his chin, and one leg sat propped up on a chair. There was a mess of crimson and amber liquid on the floor and a rank, sharp smell slipped over the sweet copper of blood.

“The fuck did you do?” Alice asked and Raymond flinched at the sound.

“I slipped,” he said, face twisted in pain. “And when I tried to get up I pulled the bottle down on me, got a face full of it.”

“Bottle?” Alice pressed, looking between him and the puddle.

“Aye, the bottle. Of whisky. Which I was going to drink but instead I had to go and pour it down the sink like a fucking idiot, and look what that got me. At least if I was drunk it wouldn’t pissing hurt.”

“Yes, you don’t look too pretty there. We’ll need to clean that face up,” Michael said, moving out past Alice and into another room.

“What the fuck were you doing?” Alice hissed, wheeling closer to Raymond.

“Well I was planning on drinking a bottle of whisky.”

“That would kill you.”

“Yeah when you were a soak, you’ve detoxed since then.”

“Tha’s probably not wrong. Hadn’t thought o’ that.” He paused, eyeing the sink for a minute then giving a shrug. “I was going to pour it away. Sat and looked at the bloody thing like it would tell me a secret and it never did.”

“No, I hear they don’t talk to you till after you’ve drunk it.”

“Shut up, wheels,” he said with a sigh and she slapped the back of his head, tears starting to sting in her eyes.

“No, I won’t shut up. You’re a bloody idiot, what if you’d gone and drunk yourself to death? We’re not due in the gym until the end of the week, I wouldn’t have known anything way wrong. You could have choked or fallen down the stairs again or anything!”

“Easy, lass,” he said and she wheeled back from him, hot with temper and worrying the wound in her mouth.

“No, fuck you. You don’t get to just give in like that. You don’t work as hard as you have and then just fall into a bottle again, Raymond!” She paused, breathing through her nose to try and stop the fury she knew was coming. “You’ve done so well, you’re back in touch with your kids, and you go to throw that all away because of today.”

“I just wanted to have the option.”

“Well you shouldn’t! Do you not think I want options?” She spat out a laugh, shaking her head at him. “I am stuck with my lot and my chair and I carve out something from it every day because I have to. I don’t get the option to fall back and not do anything because people walk over me if I do that. You can’t let them do that to you, you can’t let them have that inch that you need, or they’ll take it and you don’t get it back without blood and tears.” She took a deep breath, steadying herself as she looked back at him. “You deserve better than throwing yourself into oblivion because of some cunt like Barry.”

“Christ, listen to you. Don’t think I’ve ever heard you say that one,” Raymond said with an embarrassed laugh, rubbing a hand over his chin and then wincing from it. “I know, wheels, I do. I just… I had Andy up in my mind, that poor bloody boy. So alone and so hurt.”

“Well you joining him on the other side would be a shitty way to remember him.”

“Have we managed not to kill each other?” Michael asked as he breezed in with an armful of medical bits.

“I mean he’s making a pretty good job of it, I don’t think I need to do much. Unless you have a spare pillow I can hold over his head?”

“Fuck off, wheels!” Raymond laughed, throwing a bloody tissue at her. “Just because I’ll be back on my sticks doesn’t mean I can’t shove you into the surf again.”

“At least you’re admitting that’s what it was now,” Alice said, giving him a shaky grin. “I think I’m gonna go wait in the car if that’s ok? The fumes are giving me a headache.”

“Unless you need a ride to the hospital, Raymond?”

“Nah I’ve just twisted my ankle, it’s not bad enough to go bothering them with.”

“I’ll give Mini a stroll round, meet you back here then?”

“Not a bad idea, she’s probably eating something by now. Her teeth bother her, you know,” her dad said, setting items down on the table and fussing over the cuts on Raymond’s face.

“She’s a grown dog, dad, I think that’s just an excuse for not taking her to obedience lessons.”

“Not a single women in my life has ever been obedient, I don’t see the point in even trying with a dog.”

“Ok I’m out, try not to kill yourself before the next gym session, Hatice is gonna murder you for setting yourself back on your sets.”

“Alright, alright, get going,” Raymond grumbled, waving a hand at her.

Alice left the house, the headache from crying as much as the whisky fumes. Screw today. Screw everything about today. She rolled up to the car and opened it to get Mini on her lead as she heard someone come up behind her.

“Funny to see you here, Alice.”

“Barry,” she said, turning to see him stood at the corner of Raymond’s drive.

“I don’t think I ever saw you come up here when we were observing you.”

“You know you make a lot of things sound really creepy, Barry, that’s just a skill you have huh?”

“I don’t think there’s any need for that.”

“I don’t care what you think,” Alice said with a laugh, shaking her head at the whippet thin man. She clipped Mini onto the lead and pulled her out of the car.

“You should, an ability to navigate social situations is one of the criteria for vulnerability,” he said, moving closer to her.

“That’s a threat, Barry,” Alice said, turning to look at him. “Just because you preyed on my sister doesn’t mean you’ll get me like that.”

“It’s about helping you, not about ‘getting you’, Alice,” he said, making air quotes around the words.

“Oh today was helping? Good job there, promotion in the works for you then.”

“This hostility doesn’t make assisting you an easy matter.”

“I don’t have to be grateful to you for fucking up your job. Because that’s what it was, that meeting. You could have come and spoken to me about any of this but you didn’t, you stalked me like a bloody creep and sprung that meeting me like it would do something other than cause disaster.”

“I’ve followed established procedure every step of this investigation.”

“Sure, you just skipped one or two, like talking to the person involved in it.”

“It’s not as if you make yourself easy to approach,” Barry said with a laugh and that tipped her, had the white flashing at the side of her eyes again.

“It’s not my job to make you feel better, you arrogant asshole. I fucking dread what it’s like for other people to deal with you, folk who aren’t mouthy cows like me. It must be terrifying for people to just get steamrolled by you because you can’t see what’s in front of your own damn eyes.”

“I don’t have to take this level of abuse.”

“Lucky for you, no you don’t,” Alice said, starting to roll away from him. “But I still have to deal with pricks like you because that’s how our system works. Bet it makes you feel better though, keeps you in a job at least.”

“Ms McMorran, you can’t just avoid this situation by leaving when it becomes uncomfortable,” he called, starting after her.

“If you keep harassing my daughter I’m going to call the police on top of making a formal complaint.” Her dad’s voice came, calm as anything, the bad sort of calm where you knew there was trouble. It was a family trait, she’d had it too once, before. Calm didn’t get her many places now. She turned, seeing him stood in the doorway.

“Michael, I don’t think you know what’s just happened and-” Barry pulled up, stopping short of Alice and turning to look at her dad too.

Barry pulled himself up at that, shooting a look between the two of them before shaking his head. “You do whatever you feel is appropriate, Michael, and I’ll do the same with my recommendations.”

Mini started to growl at him with that and Alice tugged the lead, petting her fur. “Shush, pup.”

“Please god let it be so,” Alice said, glaring at Barry as he turned on his heel and walked away.

“Do you want to come back inside, love?” her dad asked, nodding into the house.

“No, I’m taking the dog the opposite direction he went. We may run off to join the circus. Not sure yet.”

“Be sure to send me a postcard if you do, hm?” Michael said, a lopsided smile pulling up.

“Sure, how else are you gonna get tickets?” Alice said with a forced laugh, turning around so they could leave. “Come on, Mini, I’ll teach you how to jump through flaming hoops.”