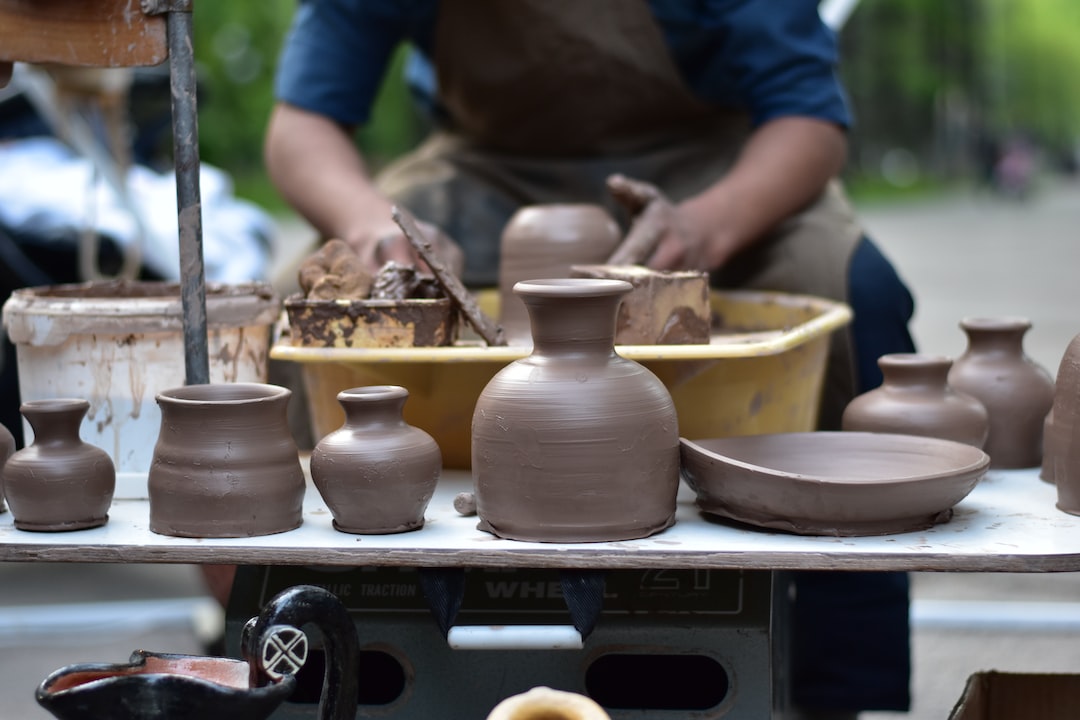 Photo by Roman Hinex via Unsplash.

When Matwel woke, the potters’ guild was empty, but he could hear a jumble of voices from villagers gathered in the town square. A spellshaper had not come to Roane for many years and would not come again for many more.

Matwel trotted down the stairs, claimed the best wheel for himself, and was soon absorbed in the sound of his work. He made bowl after bowl, shaping and reshaping and trimming until clay caked his hands. He did not look up until he heard festival sounds in the street and was surprised to see an old woman watching him work, leaning against the wall as if she had been standing there for some time.

“I met a young woman today, a member of your guild, who had much to say about you.” Perhaps she meant Sidan, who, although a fine potter, spoke almost without pausing for breath, as if she too were clay spinning around a wheel, faster than thought. “I was curious to see the one villager who did not come to me. I am Lind. The spellshaper from the Hondal.”

Matwel wiped his hands on the leg of his pants and stood. “You’ve finished granting wishes, then?”

Those who had been alive for the last spellshaper’s visit were fond of reciting the rules of the wish. If you squander your wish on money, you’ll get no more than ten gold coins, for a spellshaper’s job is to keep balance in the world, even in the economy. A spellshaper cannot make an alive thing dead or a dead thing living, but farmers may ask for rain for their crops. A spellshaper can’t make anyone fall in love, but she can show you the deepest desire of your heart, the one you have kept hidden even from yourself. There were other rules, which the elderly recited like a mantra during winter nights when the children had gone to bed, but the most important one was this: you could only have one wish.

“I finished granting the wishes of all those who came to me. But I still have not granted yours,” said Lind.

“At twenty years of age, I am old enough to know that I am young,” said Matwel. “I will save my wish, in case I have need of it later.”

“It may be some time before a spellshaper visits the Rainfell coast again and its little towns out on the edge of the world,” said Lind. “You may not get another chance.”

Matwel turned to the bowl, bringing his hands back to the clay. “Still, I do not want to use my wish.”

Lind leaned forward. “Is there nothing you want? Nothing you need?”

“I need money for shoes, but I will have that after selling three more bowls. I need to harvest the squash in the garden, so Sidan can roast it for dinner. I need to watch the stars tonight, as I do every night, to calm my heart. But I do not need magic to do any of these things.”

“Is there nothing you desire? For yourself?”

Matwel moved a bowl to the drying racks and placed more clay upon the wheel. “I have work to do.”

Matwel hoped that Lind would leave, but she remained standing by the door. When he had finished the bowl, she said, “That is fine craftsmanship. Where did you learn to work with clay?”

Matwel smiled. “I was apprenticed to my father when my family lived in Neavil, a town even smaller than this one, but perhaps you have visited it in your travels. When I turned sixteen I decided to make my own way in the world.”

“And why did you journey so far, to Roane?”

“For love,” said Matwel. “Why else?” A memory of Jemi rose up in his mind, of her smiling in the sunlight, and then of her tough hands, which he had held so many times.

Lind nodded, as if his look had said all that he would not say. “I have seen many people suffer from love. Although I cannot turn a heart against its nature, there are other cures. If you allow me to let loose the magic in you, I can use it for a spell to remove memories from your mind, or to fly you far away from here, or even to have you see clearly the mistakes of your past.”

“No,” said Matwel. “I want none of those things. There is no magic to change what has been.”

“Then perhaps you would like to see your future?” said Lind.

“Only a fool would wish to see his future, for then he will be set upon a path into light or darkness, but without choice. I want to adventure across the Farwall Sea. I want to hike upon the Ventra Mountains. I want to be a good husband and father, in time. My future holds so many possibilities, so many choices. I would rather walk forward blindly and with hope.”

“You are being very difficult. I cannot figure out what you will wish for.”

Matwel thought his visitor was being difficult as well. He took his hands from the clay. “And what did you wish for?”

“I wished to become a student at the University of Hondal, where all spellshapers must go. Now I regret wasting my wish, for I am certain I would have found myself there, one way or another, without the use of magic. It is not an uncommon regret among spellshapers.”

“You must have granted many wishes. What is it best to wish for?”

Lind hesitated before speaking. “An unhappy person will not be made happy by a wish, for a wish is a fleeting thing, soon balanced out by life. And a happy person does not have much need for a wish, so their wishes are always trifling. A vengeful person will have trouble finding a spellshaper to do his bidding, but vengeance fulfilled never makes such people content. They treasure anger, and hold it in their hearts to fuel their lives. Perhaps the best wish is one of removal, like the curing of a disease, or banishing of a drought. Even the removal of a stone from your bed can bring happiness.”

Matwel breathed in the scent of the potters’ house: the clay, the fire from the kiln, the sweet lavender that Sidan had hung from the rafters. His mind always felt the clearest here. “This is my desire. I want you to remove the magic from me. Let someone else have my wish.”

Lind did not move. “You ask of me a thing I have never done before. You are certain?”

Matwel only smiled and held his hands out to her, forgetting to brush off the clay. She took his hands, muttering under her breath, bottling his magic tight within her body.

He felt lighter when she was done.

Lind traveled to many towns, and in each one, she told the story of the wish giver. The tale traveled all along the Rainfell coast, and on to the outskirts of the Junda Mountains, to the rivertowns of Praval, and the hamlets of Yunroy.

Matwel heard the tale many times, in the small villages near the Ventra Mountains, and the large city-state of Maldrona. He heard it told in the potters’ guild of Blandoc, and even in lands on the other side of the Farwall Sea, where the story had morphed to include the red flowers that grew in the meadows there. Over the years, the tale changed in the telling, so that first the wish giver was a man, then a woman, then a child. But the wish giver was never known by name.

Matwel told the story many times himself, when he returned from across the Farwall Sea and married Sidan, who watched the stars with him every night. He told it to his children, when he tucked them in at night, and later, to his grandchildren, as he giggled with them along the banks of the San River.

Others took heed of the story. The spellshapers of Hondal, certainly, but also the people of the cities and smaller villages all across Wendal. Inspired by the tale, many gave their magic, not for their own wishes, but for others.

With so much magic, the spellshapers could do many things. They made droughts disappear, moving clouds so that rain fell where it was most needed. As a result, hunger was rare, and farmers were not so susceptible to great losses. Many illnesses were cured, and those vast towers of learning--the Sidness Rises--were built. The world was a safer place, less full of tragedy. And the people changed too, knowing that that they lived in a place of kindness.

Matwel never revealed that he was the wish giver, and he never saw Lind again. But he thought of that day often, when looking up at the stars.

This story originally appeared in Zetetic. 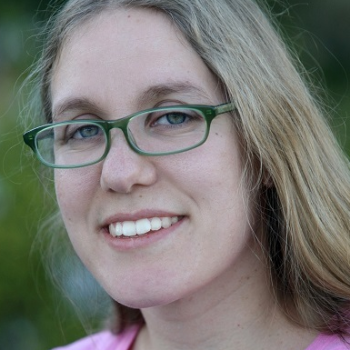