Neither Fishing nor Mending Nets chapter 11 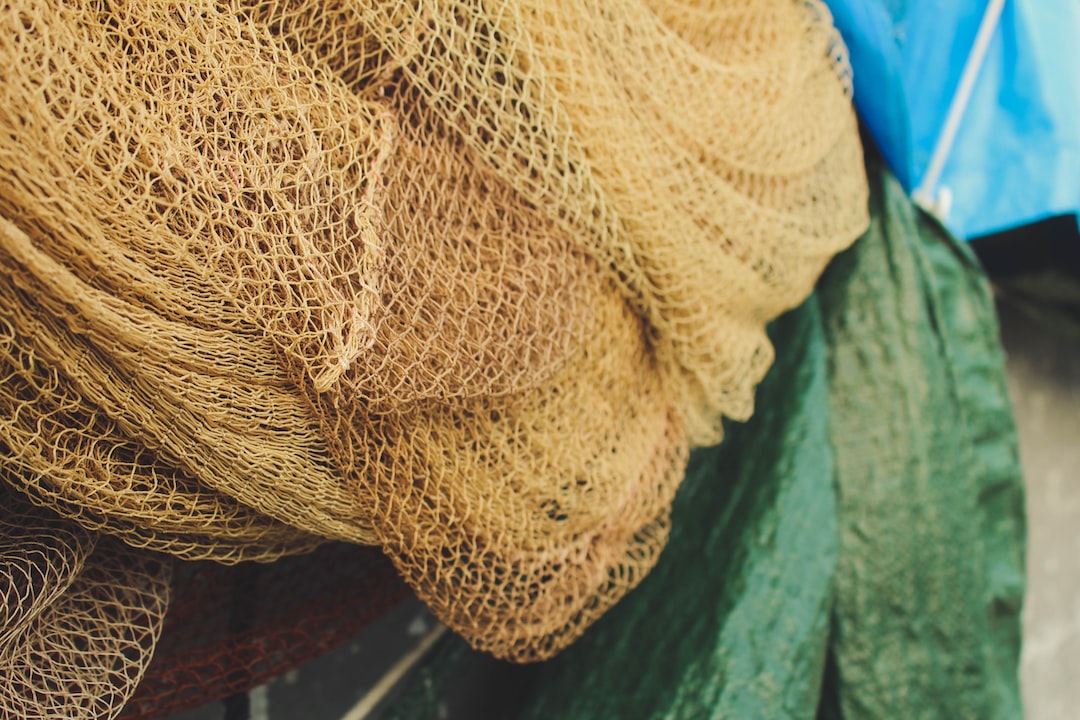 Photo by Manuel Sardo via Unsplash.

From the author: Alice goes to see her dad and that goes about as well as expected. Today is not her day. This is chapter eleven of a larger work, which deals with a disabled young woman in a rural community and the people she comes to know once she leaves home. This will update fortnightly

He walked with her along to the shop, waving as he clomped inside. She sat there for a beat, tapping her wheels as she looked over the houses in front of her. Going to her dad’s wouldn’t take long, it was only a short trip to make sure he was ok. Maybe wheel the dog out for a walk, that could be good, useful. She could go home after that, shut the world out and cry and call Hatice to warn her.

She pushed off, shaking her head to dispel the worries crowding in against her skull. They’d figure it out.

The car was there when she arrived and Alice wheeled up the ramp, letting herself in. Mini came clattering up to her, bouncing and yapping then racing back inside. Raised voices were coming from the kitchen and she rolled through, hackles up.

Jenny was stood up, arms crossed and scowling as she propped herself against the corner of the counter, while her dad was sat at the table set with an abandoned set of tea.

“You can’t just ignore what I’m saying,” she started then shut her mouth as Alice entered the room. Her dad looked over, springing up to give Alice a hug.

“Do you want a brew?” he asked as he pulled away. Mini clattered back into the room and settled under the table.

“I wasn’t planning on staying, just wanted to make sure you were alright,” she said, keeping her eyes off Jenny. Jenny who was staring at her with enough venom to burn a hole in her skull, Jenny who was damn near vibrating with what she evidently wanted to say, Jenny who Alice just knew was not going to let her get out without a problem.

“Don’t rush off, have a cup of tea. You’re frozen anyway,” her dad said, grasping her hands between his.

“Just from pushing the chair, it’s ok,” Alice said, giving him something like a smile.

“There’s cake,” he prompted, nodding to the table.

“I’ll just have to burn it off if I keep eating your baking, it’s fine.”

“Don’t be pushing yourself too hard, love.”

“Let her do what she likes, she obviously thinks she knows best,” said Jenny, pushing herself off the counter to go to the sink.

“Oh I don’t know, you seem to have a pretty firm grasp of knowing what’s best for everyone, feel free to add in your penny worth,” Alice said, glowering at the back of Jenny’s skull.

“Girls-,” Michael began, but Jenny had spun round again, stalking over to the table.

“My penny worth? I have more experience living in the world than you do, do you really think you know better?”

“I think I have more idea of my own bloody life than you do, Jenny, and you can get right to fuck if you think you can come and preach at me.”

“It’s not preaching, you’re at real risk of harm!”

“The most harm I’ve had since mum died was having to out myself to the fucking social worker because my family was too stupid or ignorant to speak to me about something!”

“Don’t you bring mum into this, you couldn’t wait to fuck off out of here when she’d gone, you made it all about you like usual.”

“What?” Alice was surprised by the sound that came out of her at that, the word closer to a growl than a question. Mini whined, paws going over her muzzle.

“It’s always been all about you since the fucking accident, Alice, everything was tests or appointments or classes or whatever else it was you needed. I was a bloody second thought to whatever was wrong with you, and then you started on about being gay and we had to do the whole thing about that when you’d never even looked at a boy.”

“Well fuck Jenny, I missed the stage where you tried some women out to make sure you were straight, maybe you should have let me know that’s how we do it.”

“I didn’t need to, it’s natural, not like….” She stopped, flinching a little as she put a hand up to her mouth.

“I didn’t mean it that way,” Jenny said, on the edge of tears again. “I didn’t mean to say that, Alice, I’m sorry, that wasn’t what I wanted to say.”

“Just what did you want to say, then? Because so far today you’ve clocked up a whole bunch of shit that could really do with some thought.”

“I think we should stop there,” Michael said, sitting down at the table and pulling his tea towards him.

“I don’t think I should stop at all,” Alice said, teeth flashing in an angry grin.

“Don’t take it out on dad,” Jenny said, voice wavering as her face pulled into a sad grimace. “None of this is his fault, he just wanted to do the right thing for you.” She sat at the table with a defeated slump.

“Then why did neither of you think of talking to me?” Alice shouted, her own voice ragged in way she hated, the ugly broken sound of crying creeping in. “Who gave you the fucking right to go over me? I’m in a wheelchair but I’m not an idiot.”

“No one thinks you are, love,” Michael said, putting a hand to her shoulder and she pulled away, glowering at him.

“Then why treat me like one? You both knew I liked Hatice, you both knew I was hoping to have something with her and now Barry knows that too, what if he raises something against her at work, did you even think about that?”

“I’m sure he’ll not do that, he’s not got the right to affect her work,” Michael said, and Jenny barked a laugh.

“He does if they’re paying her to make eyes at Alice.”

“Like you have room to talk there,” Alice spat, wiping her face.

“Alice,” her dad warned but Jenny was up out of her chair now, a shriek of a laugh coming out.

“And what does that mean then?” she bit, pushing her chair in.

“It means maybe you wouldn’t have to live in Northern Ireland if Cameron could still teach in the public school system but I guess fucking you in his car kind of killed those chances. Shame you got caught on the back road but at least you two are still together, make it worth him losing the placement after all?”

“You have no right to say that!” Jenny hissed, face draining white.

“Why not? You have more experience of living in the real world, you know what they say in papers about teachers screwing kids.”

“Alice, that’s not fair,” her dad said, then the phone started to ring. He dropped his head, shaking it for a minute, then stood and went to answer it.

“You’ve become such a goddam bitch since you moved out,” Jenny said, wiping her face with a tissue.

“And you’ve been a bitch all along but I put up with it because I had no option. You don’t get that, do you?” Alice sighed, rubbing a hand over her face as she tried to make the words come together. “I have no choice but to put up with this shit because I am stuck otherwise. I can’t be mad at dad, because I have to keep a relationship with him. I can’t be mad at you, because that puts dad in an impossible situation. I have to manage everyone else so my own needs can be managed, otherwise I become a burden. Look who he went to after that meeting, it was you he took home.”

“He would have taken you,” Jenny muttered.

“No, he would have taken us both once he knew you were ok and talked you into the car, because that’s what he does. You think you were a second thought, after I wound up in this? I got left in cars, and alcoves, and lifts. I got strangers moving my chair, or kicking it, or telling me I didn’t look sick, because we all come with fucking labels…. I was painfully aware of how much of a damn drain I was, and mum and dad tried to tell me I wasn’t but I knew.”

“Then you were gay.”

“I was gay anyway, you stupid cow, I already knew. I knew when I was six and had a crush on Natasha in gymnastics, and when I was eleven and wanted to be in love with the French teacher. I just didn’t want to tell folk because I also knew people have awful views about queer people, and being disabled got me quite enough awful attention anyway. And now you’re one of those people too, and I hate it.” Her voice cracked and she sobbed, just once, before she shook her head and slapped her cheeks lightly to focus herself.

“So what do we do now?” Jenny asked, rubbing Mini’s head when she whined again.

“We need to not talk for a while, because I don’t want to lose you but I can’t talk to you right now.”

“Sounds fair,” Jenny said, her mouth in a thin line. “Cameron always liked you, you know. He never thought you judged him for what happened with us.”

“I don’t, you’re obviously happy with him. Just think it’s a bit rich for you to squawk at Hatice given what you two did. I don’t think he took advantage of you, you have a head on your shoulders. I do too.”

Jenny laughed at that, falling silent as she continued to scratch the dog’s head. She opened her mouth as if to speak but Michael came back in, pulling his jacket on.

“What’s wrong?” Alice asked, turning her chair to watch him.

“I’ve got to nip out, that call was an emergency,” he said, clipping the lead onto Mini then heading out of the room again.

“You driving?” Alice asked, going after him.

“Yes, but I’m not sure if you should come along,” he said, pausing as he picked up the keys.

“Why not?” Jenny called, standing in the kitchen doorway.

“Raymond’s had an accident,” he said, chewing his lower lip. “He’s asked me to go help him.”

“I’m coming too then, pass me the dog,” Alice said, grabbing the lead before he could argue.