The Orbits of Gods 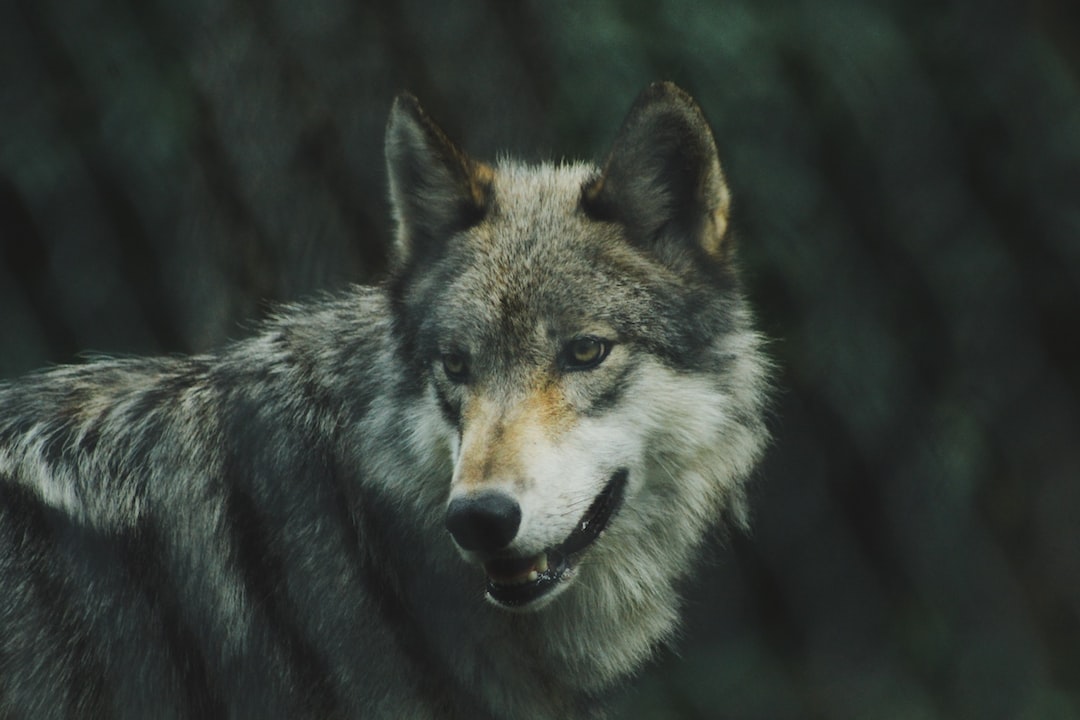 Photo by Michael LaRosa via Unsplash.

From the author: "We orbit him because he is our god. His scent is authority, his mind sharp as rock-honed teeth." | This story is 100% experimental, with space wolves in love, the philosophy of civilizations, and the confessions of a god all packed into one. It first landed in Humanagerie, a literary anthology about the intersection of human and animal behavior. Which is also 100% perfect.

We orbit him because he is our god. His scent is authority, his mind sharp as rock-honed teeth. His fur gleams black like the void and eyes shine red with bloodlust, as they should. This is what the inner circle tells us. He commands through them, they who share some of his god-ness. One day, we will be them.

The outer circle is rabid. They growl and snap at us to show regard for our strength, paws churning up dust, but they only wish to gain our ranks. Our god knows we are better than them. We take polite nips at him. We howl in agreement with his proclamations. We will, at some point, become equals.

They think I am their god. They don’t know what I have done. My scent is full of death, and they call it perfume.

My brood brother ran the edge of the outer circle--lean muscle, mottled pelt, tight sinew. I planned to puncture his throat deep enough to weaken him, to show that I, the youngest of our brood, was stronger. That I could get in the outer circle and orbit our god. But my brother fought with all his strength, hard claws scraping rough gravel, fangs tearing at my skin and fur, throat vibrating with his fury. I bled and I tasted his blood, rich with a power I craved. I lunged and tore his belly open. His belly, which he’d never bared to me willingly.

There is a moment when you have killed a brother where you feel, in the span of one breath: the triumph over a better; the sinking of a heart; the taste of your own blood power; a premonition of the numbness that will grow.

V. God in the Outer Circle

I spent two seasons of the sun in the outer circle. They respected me for how I had achieved the orbit of my god, yet I was one of many who had come there by blood.

A female in the outer circle found my scent agreeable. Together we chased the others, snapping at the inner circle. Yipping and howling our taunts, our bodies taut, our fangs bared. Often, we came close to breaking into their ranks. At night we rested under the stars--I would lay my head on the soft fur of her neck, and later she would rest her head on mine. We ate the scraps filtered down from what the birds flew to our god. We were of one soul.

VI. God in the Inner Circle

One day, we parted a path into the inner circle, and they could do nothing but let us stay. One of their numbers fell to the outer circle and was churned out as unworthy of orbiting our god. It was the way of things.

My mate and I learned to nip more gently, with finesse. We learned how in the inner circle, every movement meant eight different things. We danced, weaving our bodies in cooperation and competition.

We learned not to fear our god.

VII. Fall of a God

My mate and I saw our god. His fur was shaggy and did not gleam so black, and his muscles had gone to fat from gorging himself on meat. His eyes were golden, not red, and weary.

We were stronger than he. We attacked, and he fell.

VIII. The Orbits of Gods

Our ancestors came from the stars. I learned the stories as a pup; each star in the sky was like one of our gods. Each had an inner circle on a world that was warm and bright, and an outer circle on cooler worlds who fought for the rights to the inner circle. Outside, the unworthy would barely feel the pull of their god-star, and never its warmth.

Two gods cannot exist in the same place. My mate and I toppled a god and became gods ourselves, but we could no longer stay mates. We burned so bright, our teeth so sharp, that we would have killed each other.

We howled at our loss. We had not known. We had thought it would be different for us, we could rule together. But two stars cannot burn in the same place in the same sky.

We are gods, but different stars. Our circles orbit us; our birds bring us meat. I whisper through the birds messages to my mate. I love you. I am sorry it ended this way. She fears for our children; we don’t want them to go into orbit around us. There are other paths, even if they are seen as unworthy.

There is nothing more unworthy than to be a god.

I now understand why our god let us kill him. He could never have killed me, his son.

This story originally appeared in Humanagerie.