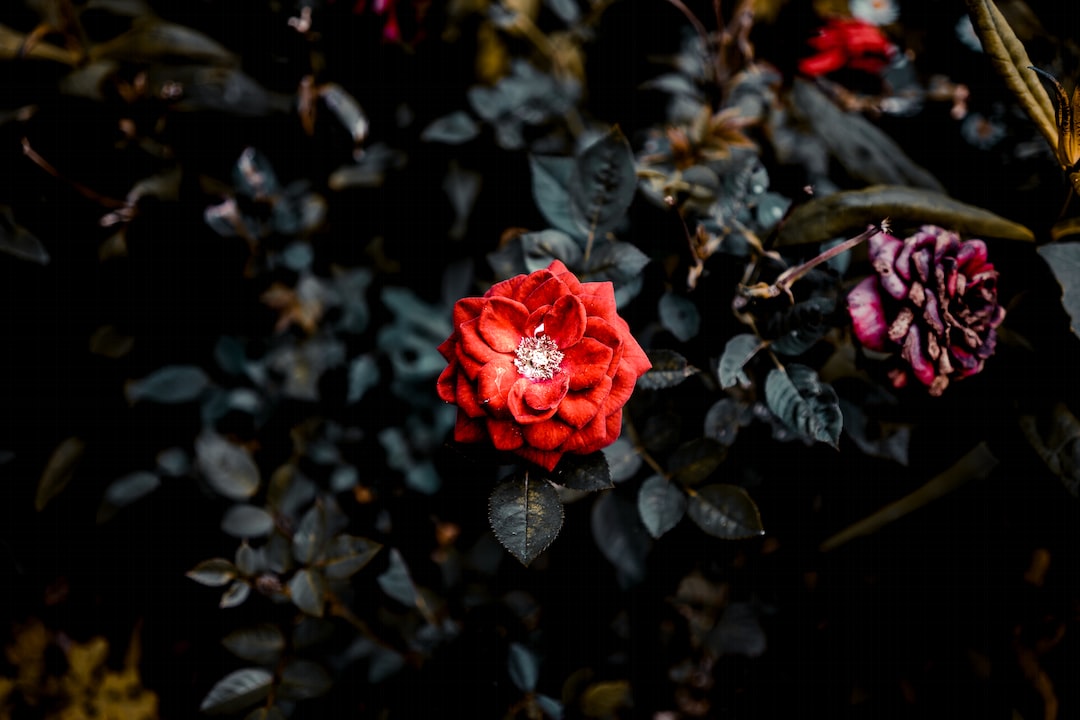 Photo by Serge Kutuzov via Unsplash.

From the author: An old widow grapples with unexpected power after finding herself suddenly visited by magic.

Magic came to Elbieta late in life after her husband and child were dead and her hands shook too badly for her to tend the garden where they were buried. When it came, she was standing at the base of her stairs wondering how much longer she would be able to climb them, and initially mistook the churning power for gas. I shouldn't have had that chowder for supper…

Magic, of course, was rare and precious and, above all, for the young. Elbieta was too old to go gallivanting about on some adventure. Oh yes, when she was a girl magic was all she'd hoped for. The perfect excuse to escape a life of common happiness as the wife of a wealthy lord. And later, when that first marriage produced dead child after dead child, magic would have been the answer to her prayers. Certainly it could have spared her the indignity of an annulment on the grounds of ensorcellment. The irony of that charge still rankled.

Elbieta gripped the stair railing as a sudden heat flashed through her. Beneath her hand, the railing began to melt and drip like wax. She moved away, but not quickly enough. The railing collapsed like calved ice, and in a single instant the rest of the stairs burst apart, washing her into the front room in a wave of liquid wood. In all the commotion, she lost her footing and found herself on the floor, surrounded by sodden piles of congealing wood.

“This… is… unacceptable!” Elbieta sputtered, flicking soggy splinters from her fingers.

Why would magic bother her now? Didn't nature realize it was a waste? She had bad knees, a worse hip, and became dizzy if she stood too quickly. She was also known to lose her way while out on her morning walks, suddenly unable to remember how to get home. Did that sound like someone worthy of phenomenal cosmic power?

No, Elbieta thought, it most certainly did not.

When her second husband, the love of her life, was called into military service at the age of forty-nine, along with their only living daughter, she could have used magic then. Perhaps she could have gone in their stead despite being past the age of enlistment. After all, one elementalist was equal to twenty soldiers, let alone an old man and a child of only sixteen. At the very least she could have equipped them with hardy protective spells, bound their weapons in fire or ice. Something. Anything more than what she had done—washed their clothing before they left, and later their bodies after the army returned them to her.

Elbieta rolled onto her knees and pushed herself onto her feet. She released a breath only to have it charge through her window in a concentrated blast of winter chill. Frost sparkled on the shards that remained, hurting her sensitive eyes.

Turning in a small circle, Elbieta assessed the mess she had made of her front room. “What am I supposed to do with all of this?” Her voice caught on the question.

She had repeatedly turned down offers made by her neighbors to hire her a servant. It was still Elbieta's home, her last and only responsibility. But now, the challenge of cleaning up overwhelmed her nearly to tears. It had taken hours to clear the hearth and sweep the kitchen last time. This was considerably more work.

And what would happen when her powers manifested again? She might even hurt someone, or herself. I'll have to find an instructor.

A scandalous old widow seeking to train in elementalist magic? Nonsense. They would laugh her right out of the building.

But what if they didn't?

Perhaps she was too old for adventuring, but surely she was not too old to learn. Her mind was not as sharp as it once was, but maybe the magic would help. Maybe it would give her back what age had stolen. Her late husband had always encouraged her passions; he would have insisted she try.

Elbieta investigated the broken window. The whole thing would need to be replaced.

“Magic,” Elbieta said, shaking her head. “Such a costly thing.” Perhaps it was a blessing in disguise that magic had not come to her as a youth. She had been so angry then, and there was no telling what she would have done, having such easy power within her reach.

As she turned to leave, something glistening in the plots outside caught her gaze. Glass embedded in the dirt had begun to melt like ice, turning the dry soil dark. The nodding heads of the poppies, too long neglected, slowly lifted. The garden began to glow again with color.

She went outside. As she approached the graves, magic leaned through her once more and she held out her hand. Moss retreated from the faces of the gravestones, absorbed into the stone like water. Elbieta laughed. How many months had she stared at those damnable clumps, wishing she had the energy to do something about them?

The weeds, she thought, bursting with excitement. She would do the weeds next. And after the weeds, perhaps the pond out back. With some luck, she could finally clear all that dreadful algae from the surface. Maybe the ducks would return. Oh, how she did miss those ducks.

Tomorrow, she decided. She would write to the nearby College of Elemental Sciences, asking about admission, or an at-home tutor, if nothing else. Perhaps they would also have advice on how to put her house back in order.

Night drew a warm shade of twilight over the garden. Elbieta inhaled deeply. Instead of smelling rot, she breathed in the pleasurable aroma of new life. Lowering herself gently to her knees, she hummed an old tune her husband and daughter had loved, and at long last raised flowers for them in the moonlight.

Hayley Stone is a writer, editor, and poet from California who specializes in morally complex works of speculative fiction.