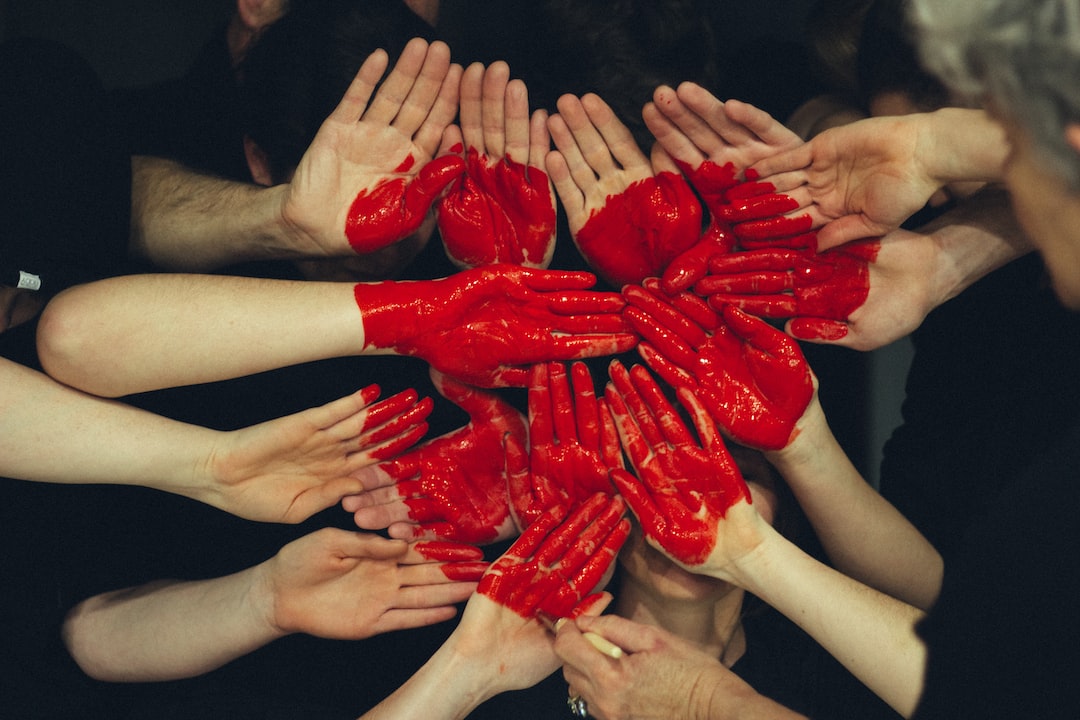 Photo by Tim Marshall via Unsplash.

From the author: A silly short story of one gangster and the woman he loves. I am not a frequent crime writer but I love getting into it when I have an idea that works, and this short came out of the ideas of relationships and permissible bad behaviour. It's very much a crime story but there's no option for that so we have mystery and romance because those are technically present.

Kenny Galbreith was neck deep in the shit. That was the best way to look at it. The heads of other families were angling to move in. His second in command was a turncoat. Kenny knew they’d put a hit on him, it was just the way. He couldn’t be sure when, but his gut told him soon. He had to get Suzy away.

“Kenny, you there?” Suzy called as she came through the door and he passed a hand over his face to wipe off the scowl.

“In the kitchen, pet,” he shouted back, grabbing a beer from the fridge and popping the lid off.

“Are you in the cupboards again?” she asked with a laugh, bustling over to give him a kiss.

“Just wanted a drink in this heat. How was your day?” He slid a hand down to her waist, resting it at her hip, as she unpacked a bag.

“Oh fine, busy with the girls. How about you, how did that meeting go?”

Kenny had always explained his work as legitimate to Suzy – he’d told her it was a high risk investment and debt trading outfit. It sounded better on their first date and he liked how he looked in a suit, so it was easy to keep up his story. Suzy said she’s no mind for numbers so she’d leave that all to him. She put up with the late night phone calls (foreign exchange) and days away (business trips, hard negotiations) and even entertained the social side of things, hosting parties and fund raising for the local schools.

“Meeting wasn’t so good, sounds like they’ll be going for a hostile takeover,” he said with a shake of his head.

“Oh darlin’, I’m sorry,” Suzy said, turning and hugging him close, “You’ve worked so hard for that company, surely they’ll look after you?”

“Twenty years is a long time. I’m sure they’ll not leave you out in the cold. Come on, have a perch and I’ll make some dinner.” She pushed him towards a stool at the kitchen island and set about cooking, whirling around like a ballerina. Kenny watched her, sipping from the bottle as the room filled with the scent of food.

She’d been with him fifteen years, had stayed through other rough patches: as long as he could keep her safe, maybe he could put this to bed and they could carry on. She’d been making mention of kids, quietly like, to test the water. He knew she’d be a good mum, but what life was this thing to bring a kid into? They were another target if a new gang moved in, or the old boys made trouble. Like now.

He pushed it from his mind, putting the bottle down with more force than necessary. Suzy turned to him, raising a brow.

“I’m just getting myself wound up, sorry, hen,” he said, pulling a smile to his face. “Maybe we should have a trip away for a few days, go shopping in London or nip over to France? Get to see somewhere else for a while.”

“Don’t think on that just now. The food’ll be ready in ten minutes, go get changed and wash up. Put on something that smells nice and we can take dessert upstairs,” she said with a wink and he really smiled this time, slipping from his seat and doing as instructed.

They came for him that night, far quicker than he’d expected. Kenny woke to find Richard stood at the end of his bed, a couple of rough lads either side. Must have anticipated he’d take Suzy off. Utter cunts.

“They sent you. This is a new way for you to swear loyalty, hey Richard, kill the old boss?” he asked, sneering at the man he’d worked with since they were fresh out of school and hungry for a chance.

Suzy wasn’t beside him.

“The old ones want to know I won’t back out on them. Can’t team up with the dead.”

“You’re the worst sort of Judas, you know that?” Kenny spat, getting out of bed and putting a robe on.

“Fuck you, you were best man at our wedding and now you’re creeping in my bedroom to put a knife between my ribs. That’s not business. Where’s Suzy?”

“You’ve not sent her away?” Richard’s eyebrows went up at that and for a second Kenny thought he might be seeing regret, but it slipped back under the surface easy.

“Not yet,” Kenny said, hoping he could find a sliver of a chance.

“Frank, go see if you can spot her,” Richard said to one goon and he slipped out the door.

“Richard, she doesn’t know about any of this, she still thinks we’re traders.”

“Save it, Kenny. I don’t care,” Richard said, waving a hand at him. “I’ll not kill her if we don’t have to so let’s make this easy, eh? Martin, tie him to that chair.”

The remaining goon came forward, a length of rope already out, and shoved Kenny towards the vanity. Suzy had a high back wooden chair there to do her make up each morning and Kenny was dumped into it, hands tied behind him.

“Is this really necessary?” he asked and got a back hander from the goon for it. “Alright big man, getting one in while I’m down, eh?” he laughed, spitting blood on the carpet.

“Fuck you, ya soft prick. Pretending you’re something you’re not, like you’re afraid of the real world,” Martin scoffed, ugly grin up in Kenny’s face. Kenny could fix that. Darting forward he sank his teeth into the jowl at Martin’s jaw, ripping backwards once he felt the click of them meeting. Martin howled, spinning away with a hand clapped to the bleeding mess.

“Seems like you’re pretty soft too,” Kenny laughed, spitting the blood and muscle after him.

“What the fuck, Kenny?” Richard yelled, tugging the bleeding man back.

“I’ll kill him, I’ll fucking kill him!” Martin howled, straining against Richard’s hold as he was dragged to the door.

“Time for that later, mate, you can do as much as you like once we’ve sorted things. Go find Frank and get a patch on that, there’s a first aid kit in the place somewhere.” Martin stared over Richard’s shoulder for a beat then pinballed out of the room, cursing.

“They’ve given you some shit help there,” Kenny laughed, licking the blood from his teeth.

“What the fuck was that, Kenny?” Richard turned on him, stalking back over to the chair and shaking him.

“You think I’d just lie down and die?”

“I thought you’d have sent to get Suzy away and maybe make it easier on yourself- you dumb prick.” Richard walked off again, running a hand through his hair. He turned back, shaking his head. “We’ve got to kill you, Kenny.”

“Maybe they do, but you don’t. You’re just saving your own skin.”

“Better mine than yours.” Richard shrugged, looking away.

“Have you told the lads, or are you just going to walk in with my head on a plate?”

“Nah I’m serious, talk me through it. You think they’re gonna bow and scrape to you? You’re a turncoat: they’ll never trust you. They might do what you say, but they’ll no trust you.”

“Well so long as they do what I say they’ll be fine.”

“Till the next one. You reckon they’ll stay? You’re filth, Richard, and now they’ll all know it too. Where’s the loyalty to the old crew?”

“They’ll be loyal to whoever’s paying them.”

“You weren’t,” Kenny laughed, laughing harder when Richard turned and punched him in the abdomen.

“Sure they’ve told you that,” Kenny said, rolling his neck and glaring at his friend. “Like I’m sure you’ll tell the crew things will be fine, till you get orders to knife the next one. Like you’re going to with me. You going to do that with Suzy too, Richard?”

“Course I fucking won’t, don’t be stupid. I’m trying to get her out of this if I can but you’re not making it any easier.”

“Sorry for being inconvenient in my own disposal,” Kenny said, rolling his eyes.

“Sure thing. So you gonna shoot me or just stab me in the back, make it literal as well0?”

“I wish you’d give that a rest,” Richard sighed, taking a large knife out of a case at the end of the bed. He set it down on top of the lid, the blade glinting in the gloom.

“Can’t blame me, mate, you show up at my house with hired muscle and tell me I’m going in the ground. Doesn’t lend to being polite.”

“I’m trying to give you the best out here. I can slice your wrists, you bleed, that pair give you a beating once you’re passed out. Sends the message but you get the back door.”

“Kind of you,” Kenny laughed, spitting more blood on the rug.

“It’s the best you’re gonna get you draft bastard, you already pissed one of them off. If you think I’m going to stick my neck any further out you can go hang.” The bedroom door clicked open, breaking the tension of the room. “That your face fixed now is it, Martin? You won’t be able to tell much difference once it’s healed up, you’ll be fine. Now get over here and let’s-”

Richard’s voice cut off, a hacking cough bubbling up his throat. He took a step back, turning away from Kenny to reveal the large knife that had been on top of the case, nestled between his ribs.

“What?” he asked, voice slurring wetly. Suzy was stood behind him with another knife in hand.

“Fuck you,” she hissed, shoving Richard hard. He fell backwards, landing on the rug at her vanity with a juddering arc to his spine. He screamed against the knife handle jarring his ribs then went limp and Suzy ran to Kenny. Pecking a kiss to him head she undid his hands. “You ok?”

“Baby, what the fuck?” he asked, grabbing her closed and smelling the blood on her. “What did you do?”

“I cleaned up, like I always do, Kenny.” She frowned at him, rolling her eyes at his blank stare. “I’ve never had to worry about you coming home with lipstick on your collar, love, but you’ve trailed blood into the house more than once. I know, Kenny. Have done since Richard tried to warn me off you, before the wedding. You seemed precious about it so I never pushed, but I got rid of the evidence. Speaking of which, go and grab the hydrogen peroxide from under the sink, we’ve got a lot of blood to be getting rid of. I keep a few big bottles behind the bleach, you’ll find them easy enough.”

“Right, love,” Kenny said in a daze, padding over to the bathroom. Fuck.