Alma made this story available for free. Say thanks by sending them a tip.    Send Tip 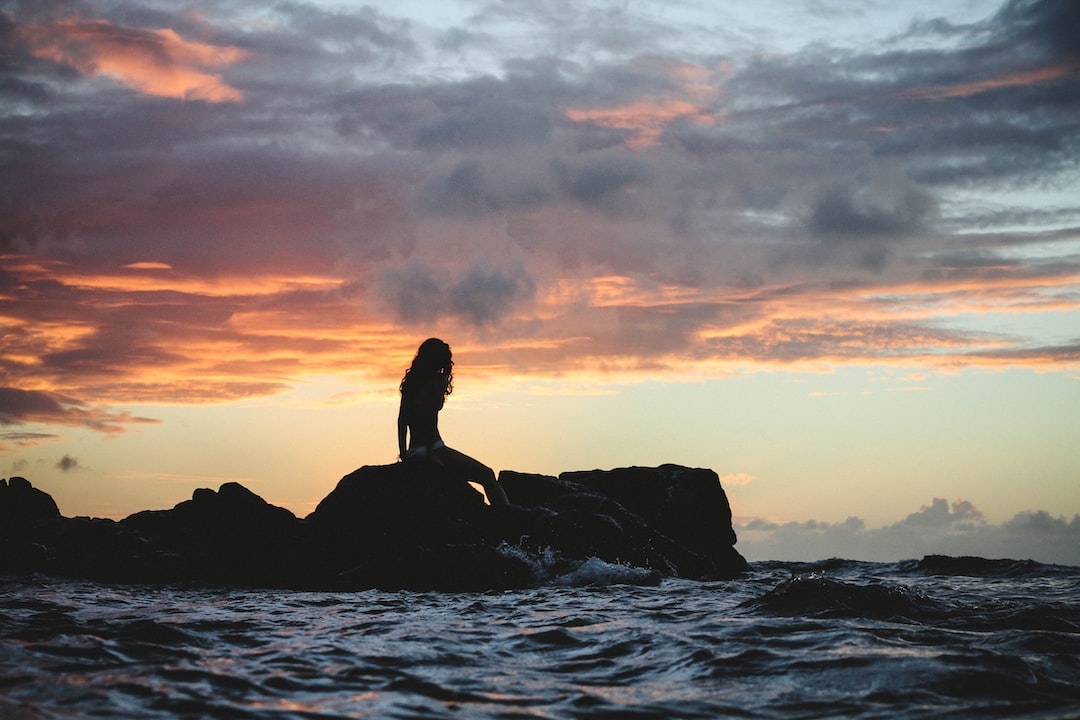 Photo by Jeremy Bishop via Unsplash.

From the author: What happens when the fairy tales you know so very well... turn out to be DARKER than you knew?

There will be stories told, after. There always are.

They will be wrong. They often are.

Because this is the truth of it. Yes, I fell in love. Yes, I left the sea. But I never wanted to.

You don’t need to know my name, or his. I was not a sea princess (as the tales will tell). He was not a prince. We were ordinary, he and I, of our kinds. And we met by accident – when I was singing on the rocks, as we all do, as we were supposed to do, singing the song of the sea, and he came by, on the shore, at an hour when none should have been abroad, and stopped to listen and was enthralled.

He never saw me. He only heard. I saw him, though. I saw him there on the shore in the moonlight, his fair hair shining in the bone white light, his arms bare and muscled coming out of a sleeveless jerkin which left them and his broad chest exposed, the tight dark trousers which hugged his slim legs, the broad bare feet planted into the sand.

His legs. His bare feet.

I faltered in my song, just a little. He never knew it. But the sea did, and the sea responded. There was a storm off the shore that day, a storm that raised waves higher than they remembered seeing before, a storm which shattered fishing boats against the pier where they had been tied. One of them, his. The man from the beach. The man the sight of whom had caused me to falter and fail and bring the storm upon the ocean, and upon those who walked the land that swept down to it.

They made me go, the powers of the sea. They took me, and they broke me. They took my voice so that I could never speak to him and make him understand; that I could never sing again. And they split apart my tail to give me the legs that I had so admired in the moonlight. They gave me the gift of grace, at that, and I never walked as though I had never walked before or didn’t know how. I suppose I should thank them for that. But the gift was a sharp and bitter one and it came at such a price that it might not have been reckoned to have been a gift at all.

The pain. The pain of the splitting of my tail to form these two legs, these two bare feet – rendered afresh with every step I took on dry land. I was driven from the water and made to walk on fire, out there on the ground. On knives. And I was never to  show any of it. I could not. I was made not to. All the agony screamed on the inside. My face did not reflect it. My voice never could again.

There was some talk of it all maybe be given back if I atoned sufficiently – doing what, I was never quite clear. But by that time I knew that I could not return. I was no longer the creature I had been, and would never be that creature again – a refugee from my own past, my own being, my own identity, driven away forever. I had to find a home, make a home, where I could – or drift forever, alone and unmoored, silent, in a world of pain.

He had a woman living in his cottage with him. Not his wife. Not a bad woman, simple, a little coarse, a woman of no sophistication or elegance or even beauty. She was ordinary enough. But she clearly filled his need – she put food before him every day, she washed his clothing free of the smell of fish in whose company he spent his days, she warmed his bed at night. There was a child, even – but the way he behaved towards the boy it might have been his son or it might have been someone else’s, part of the bargain with the woman, that he would take them both in and give them a roof and their daily bread. It was not with pleasure that I set out to destroy that, particularly since I heard them talk and laugh together and I knew that he would never talk or laugh like that with me. How could he? When I could not return any of it in kind? But even though it would matter at all whether or not I got him to swear he loved me – I would never  get my tail back, or my song, or my life in the sea, no matter what I did – he was what had got me thrown out, driven away into exile. If I couldn’t have my home and my identity, both taken from me, at least I would take him. Because he was the price I had paid for all of this.

So I showed myself, a little, every day. I smiled at him. I know how to steal a man’s soul. It’s what we do, the sea creatures, we, and the sea, together, since time began. But it wasn’t his soul I was taking, it was his heart, and his mind, and his body. And those were harder to get, and to keep.

She knew, his woman. She knew me for what I was – or she suspected something, anyway. She tried to warn him. But mine were eyes that were deep, the deep blue of the deepest ocean, and hers… were ordinary, brown, close-set, suspicious. Mine was the pale amber hair which spilled luxuriantly over my shoulders, falling down my back, forward over my breasts demurely tucked into their chemise, and hers… was straight and pale and lank, the colour of dirty dishwater, and smelling of fish. Mine were lips the colour of coral, and hers were sea-rough, chapped, split, broken. When he first kissed me I knew that he tasted that difference – and it was already over, by then. Because by the time of the second kiss I was the one living in the cottage by the sea, not her, and not the child (I had been right about that. Not his. He would not have given up his so readily.)

I knew that after a while he regretted the bargain. That he missed her. And the boy.

But by then he was mine, and I was his, and that was the way things were.

That is the love story that they would write fairy tales about.

When the child came, it all broke open.

Because his daughter – I could never bear male progeny, he would have no sons of me – was born with the tail, and her voice, even then, at birth, when she first cried out, had the song of the sea in it. He might not have heard that song, perhaps, if all else had been equal – but the evidence of otherness was already there and once you saw the tail on the tiny creature you could not help hearing the difference in her voice.

I watched him fall to his knees beside the birthing chair where the midwife had abandoned me and my baby in horror and fled to spread the tale to the rest of the fisherfolk. I watched him kneel, and I watched him weep.

And because this was given to me – that once, just once, I might speak again aloud, here on the shore – I chose to do it now.

“I am sorry,” I said to him, and my voice was harsh, rusty from disuse, bitter from its long silence. “I could not tell you. I was not permitted.”

“Why?” he asked, he begged, turning his head away from the child. “Why? Why me?”

“You heard me sing,” I said. “Once, on the shore. And I saw you there. And the sight of you broke my heart, and my song. And the sea does not forgive.”

The words were left unspoken but they were there. Will you…? Can you? Can you forgive? Forgive this – the depth of this deception, as deep as the deep blue sea? How can you?

“I needed you. I am sorry,” I said, only that, and then it was over, and I was locked into my silence again. This time, forever. Exiled, lost, perhaps soon to be driven away further, deeper, more alone.

But he had struggled to his feet, and he had steeled himself to take a look at the child. A long, long, long look. I feared he would never speak to me again, either, but at length he lifted his eyes from her and turned back to me again. They were wounded, bitter, even angry… but also there was something in there that gave me hope. And  his words confirmed it.

“Is there something that needs to be done?” he asked. “With… with the child?”

I could not answer him in words, not ever again, but he read it from  my face, from my blue, blue eyes.

And he took the child into his arms, and strode out into what was still night, in the cold still hours before dawn.

Down to the pier, where the boats were tied, there to gently put his newborn child into the embrace of the sea for which she had been born. He would give her that grace; he might be the only one who would understand because if he was seen – even if he wasn’t seen, when the fisherfolk came crowding around to see what the story was when the midwife was done talking – if they couldn’t find the child he, both of us, would be accused of murdering the child. Not that anyone would blame us, after the midwife had described the monster that had come out of my womb. But we would be branded. And we would be watched. If a second pregnancy occurred… things would be difficult.

He knew that as well as I did. Because, when he came back, after he had spent only a few precious minutes giving his daughter the gift of his tears, as salt as the sea, he wasted no time in gathering together what little possessions he and I both had. And before anyone had a chance to come, to push closer, to see better, to gossip, to gloat… we were gone into the night. Both of us. Turning our back onto the sea, the sea which held my past, and the future which we had created together. We both knew we could not bear to hear her singing to us from the sea on some moonlit night to come.

We left the story behind. The story that would be told, and embroidered on, after. Stories always are.

This time the story will be wrong. They often are.

This story originally appeared in Ever After.

Alma made this story available for free. Say thanks by sending them a tip.    Send Tip 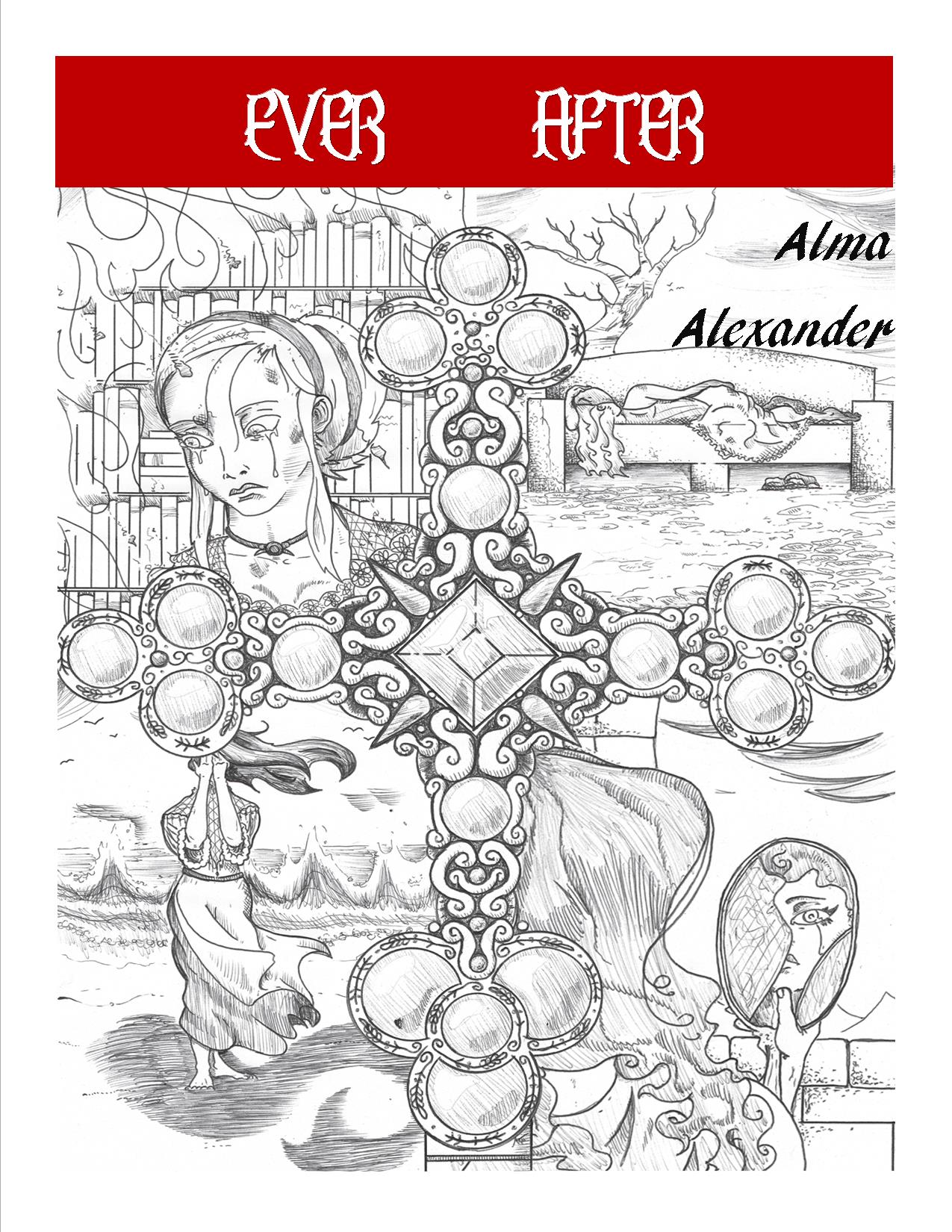 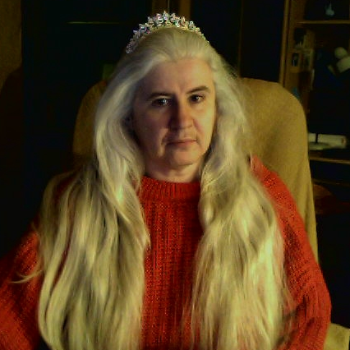