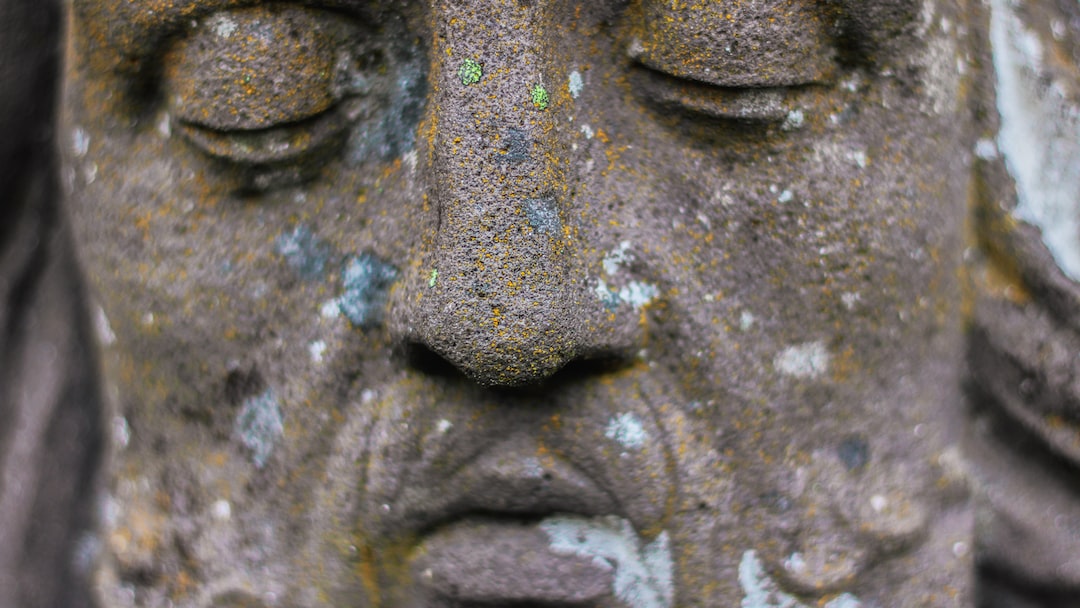 Photo by DDP via Unsplash.

From the author: An imprisoned serial killer creates his last and greatest masterpiece.

Some called him the Michelangelo of Spring Creek Correctional Center. Others called him by a different name.

Robert Clem stood in the snow, watched by the pale ghost of an afternoon moon in the blue sky above. He held a small hammer and chisel in his gloved hands.

Standing at six feet, the sculpture was his best creation yet. The unclothed male form squatted over the serpent, hand pressed against its head, pinning it to the ground. The snake, its eyes shut and tongue extended, wore an expression of defeat. Robert leaned forward and tapped a small chunk of ice from the man’s beard, then stepped back.

“Ten more minutes, Robert,” I called to him.

He turned toward me, his face as cold and impassive as the medium of his choice. Blue eyes bored into mine. He nodded and turned back to the statue.

“You hear anything about Adam Larza?” a voice said. I turned to see my colleague, Don Ramsey, standing at my side. He reached into the pocket of his blue parka and withdrew a pack of cigarettes. Tapping it, he offered me one. I accepted the cigarette, and he lit me up.

“Adam is still missing,” I said. “The warden had the place searched three times in the last three days. Not a sign of him.”

“I think he ran off. He and his old lady have been fighting like cats and dogs for weeks. Probably got a new girlfriend. I’ll bet you anything she came and picked him up. That’s why his car was still in the prison parking lot.”

“What about the blood in the shower room?”

“Probably belongs to one of the inmates.”

“It was Adam’s blood type.”

“And yet, they haven’t found a body.”

Robert circled the sculpture, leaned forward, and another chunk of ice fell beneath his chisel.

“Did the warden question the inmates again?” Don asked.

“Do you think they’d say anything? Of all the guards, they hated Adam the most.”

“I think the word you’re looking for is sadist,” I said, checking my watch. “Two minutes, Robert.”

The sculptor’s eyes remained on his work. He nodded, then raised a fist to catch a cough.

“I still think he ran off,” Don said dropping his spent cigarette into the snow. “Bet he’s in Vegas by now. That’s where I’d be. I’d like it a lot better than standing out here watching this piece of shit carve up ice. Why the warden lets him have the tools, I’ll never know.”

“It keeps him quiet. Would you rather hear him talk about his crimes again?”

“It doesn’t matter, really. He won’t be with us much longer.”

Robert stepped away from his creation. He made his way toward us.

“I’m done for today, Fred,” he said, handing me the hammer and chisel. I placed them in the pocket of my coat.

“Did you find a name for it yet, Robert?”

A smile played across his lips and then vanished. “Why don’t you come and look at it. Tell me what you think it should be called.”

Don and I approached the ice sculpture.

A few days ago, this had been a chunk of ice in the middle of the prison yard. Now, it was a blue-white masterpiece. Each hair in the head and beard had been painstakingly carved. Each scale on the serpent shone and glinted in the sunlight.

“Amazing,” I said, my voice little more than a whisper. Even Don was at a loss for words.

“Is that what you’d call it?” Robert said. The smile played on his lips once more. “What about you, Don?”

“This thing should be in a gallery,” Don said. “Or in a freezer.”

Robert laughed. The sound dissolved into a fit of coughing.

“We’d better get you inside,” I said.

Don and I took Robert to his cell and helped him to his bed. He stared up at me, his eyes strange and feverish. Blood flecked his lips.

“I think you’d better get the doctor, Don.”

My colleague hurried off.

“I don’t think I can finish the sculpture.”

“No…I think this is my last night on earth. Do you know what they called me, Fred? In the outside world?”

“I like my new name better. I like the comparison to Michelangelo. We’re alike you know. Both of us saw the true form of things. We differed in one way though. He was pious and I was not. We both appreciated the Bible though. Did you know that?”

“All of my works are named for figures in the Bible. Remember the girl in Anchorage? The one I carved in the likeness of—“

“I called the work ‘Mary Magdalene.’ The man in Seward was ‘The Rise of Lazarus.’ Do you know what I named the sculpture in the yard?”

A chill touched my spine and rode it to my scalp.

“It never happened in the Bible, of course. More of a hopeful imagining on my part. The critics might say it expressed a deep-seated need to overcome temptation. It depends on your interpretation of the snake and who it represents.”

My throat had gone dry. I couldn’t speak.

Before I knew it, my feet had carried me out of the cell. Robert’s laughter echoed behind me.

Seconds later, I stood before the ice sculpture once more. I pulled the hammer and chisel from my pocket. Setting the metal point against the ice, I chipped away at the figure’s cheek.

Twenty minutes passed before I reached the back of the statue’s head. Nothing lay between but ice.

I stepped back, panting.

My eyes fell on the head of the snake.

I raised the chisel again and my efforts were rewarded. I uncovered rust-colored flesh. Within minutes, the snake’s face lay chipped away and a human face revealed. The hammer and chisel fell from my numb fingers.

I knew the snake. 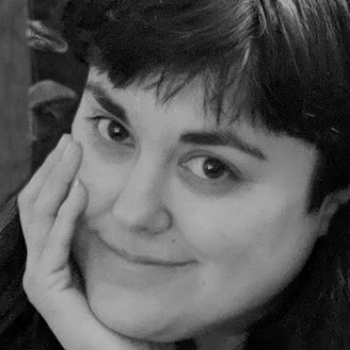