L.S. made this post available for free. Say thanks by sending her a tip.    Send Tip

3 Writing Prompts Based on European Royalty

Marguerite de Valois’ skirts create their own music: the clattering rhythm of the silver boxes hidden within them, close to her thighs and her sweet, cherished center. In each box is the embalmed heart of a lover; that is to say, in each box is the embalmed memory of loving her, of quickening pulses and racing hearts, blood thudding in ears and swelling flesh. Thus Marguerite’s skirts sing as she walks, the body-warmed boxes rattling with every step and sway. What then of the day when the boxes begin beating, beating, as if some new life, warmed and fed by Marguerite’s body, was straining for release from its elegant prisons?

At Empress Elizabeth’s metamorphosis ball, the women move with a fluid ease they have not known since girlhood. No longer carrying the weight of hoops and padding, no longer muffled and bound by boning and laces and so many layers, they find themselves laughing from sheer joy. They move with fluid ease, while the men lumber about in corsets and damask like animals newly put to the leash. It is the stuff of fairy tales, and as such it will end at dawn —

and then Elizabeth realizes that she is empress, and it does not have to end at all.

And if Elizabeth — a little drunk, a little giddy — pens that proclamation, and tries to change her empire for good — ?

Driven from England, Queen Caroline parades in a kingdom of her imagining. Her husband loathes her, so she pretends she is Venus, goddess of love; she rides in the pearly depths of a conch shell, guided by cherubim and guarded by her noble lover on an elegantly prancing steed. In Caroline’s world all is love. In Caroline’s world her gauze-wrapped body exudes sensuality and incites adoration. In Caroline’s world she is the sun and the moon, she is Venus and Mary both, she is love and wants only to love …

In the crowds lining the streets of Naples, watching this odd, middle-aged, scantily-clad English queen riding in a plaster shell, more than one woman smothers her sympathy to join in the bemused derision. These women tease and joke and roll their eyes … but that night they dream of their own kingdoms, where they too parade in fantastical carriages, flanked by proud lovers and accepting the adoration of their divine flesh.

All these women dreaming in concert, dozens such, hundreds, thousands … how might this singular energy, fueled by lifetimes of longing, manifest itself in the world?

L.S. made this post available for free. Say thanks by sending her a tip.    Send Tip 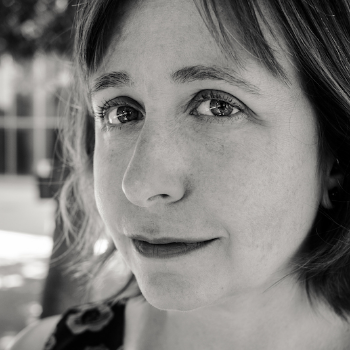