Tiffany made this story available for free. Say thanks by sending them a tip.    Send Tip 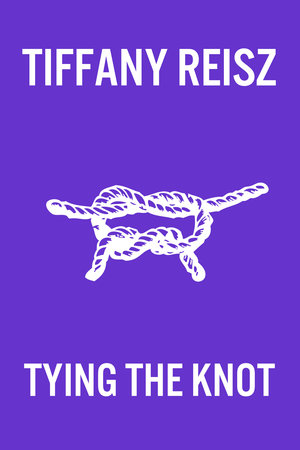 That they called him at all was the first bad sign. Bryce stepped into the house that he’d been banished from three days ago and looked around. Tulle everywhere. Sequins everywhere. Roses everywhere. And from upstairs came the sound of tears.

“Oh thank God,” said Janice as she came down the staircase, a handkerchief pressed to her chest. “She won’t listen to anybody.”

“How bad is it?” Bryce stepped over a box of wine glasses that someone had left in the foyer.

“Bad.” Janice shook her head. “She hasn’t stopped crying for an hour. The shoes…it was the shoes that sent her over the edge.”

Bryce raised his hand to silence Janice. The crying grew louder, turned briefly into panting as the weeper tried to regain control of herself, before dissolving once more into tears.

“Get everyone out of the house,” he ordered Janice. “I need to be alone with Leigh.”

Nodding, Janice picked the box of wine glasses off the floor.

“I’ll come back in an hour to pick her up. Is that enough time?”

Bryce thought about the possibilities, what he could do, what he should do…

“More than enough. But Janice?”

Janice took Leigh’s ten-year-old niece by the hand. Two other women, Leigh’s best friend and her favorite coworker, both barely glanced at him as they pulled on coats around puffy blue dresses.

“Don’t worry,” Bryce said, already halfway up the stairs. “I got this.”

Bryce found his fiancée in a pile of white satin underwear on the floor, her mascara running in miserable rivulets down her otherwise beautifully painted face.

Sighing, Bryce squatted in front of her and cupped her chin with his hand, forcing her to meet his eyes.

“But the bride having a nervous breakdown two hours before the ceremony might.”

She gave a little pathetic laugh and hiccupped on her tears. Had she ever looked smaller, more vulnerable, more desirable before? If so, he couldn’t remember when.

“Shoes? This is over shoes, Young Lady?” He let his voice turn stern. She always responded best to his most fatherly tone.

“They’re green…” She grabbed a high heel and brandished it in his face.

“The dresses are blue. The dye job’s…it’s totally wrong.”

“Will our marriage be null and void if the shoes don’t match?”

Leigh only stared at him a moment before shaking her sad head. Long chestnut curls fell across her shoulders.

“Then fuck the shoes.”

Leigh’s breath caught in her throat. She always gasped when he used such language with her.

“But you aren’t even supposed to see me before the wedding, much less-“

Bryce stood up and waited. She didn’t move.

“I’m not kidding, Leigh. Get off the floor right this second.”

For a woman in seven layers of white petticoats and four-inch high heels, Leigh got to her feet with impressive speed. Careful of the fabric, Bryce peeled it off her body until she stood naked in front of him.

Taking her by the wrist, he pulled her to the bed and she lay on her back. Leigh crossed her arms over her chest and stared up at the ceiling. He loved when she played martyr like this, played the innocent scared virgin to his wicked ravishing rake.

Bryce grasped her ankle and yanked her to the side of the mattress. From underneath the bed he pulled out a suitcase and quickly unzipped it.

“Glad your mother didn’t go digging under our bed while she was here.”

“I told her that’s where I kept the naked pics of you.”

Bryce smiled his approval at her lie. There were no naked pictures of him in the house. And the naked photos of her weren’t under the bed—they were in his iPhone.

“Did you have to explain that?” He pointed to the hook screwed into the ceiling above the bed.

“I said the previous owners had a lot of hanging houseplants.”

“Wicked girl…” Bryce chastised as he pulled a two-foot spreader bar and rope from the suitcase. “Lying to your mother. You might have to be punished for that.”

He threw the rope and spreader bar down on the bed. Leigh watched him with wary eyes as he unbuckled his belt and pulled it free of his pants.

“But-” she began and that’s all Bryce let her get out.

“Butt exactly. Time for something blue.” With a snap of his fingers, he ordered her onto her stomach. With his belt he landed one…two…three…quick hard strikes on her bottom and a fourth across the back of her thighs. “Now if that doesn’t make you stop stressing about shoes, I don’t know what will.”

“What are shoes?” Leigh asked as Bryce threw his belt to the floor and rolled her onto her back.

“What are feet?” Leigh giggled as Bryce wrapped leather cuffs around her ankles.

“They’re the parts of your body that belong on my shoulders. Remember?”

She met his eyes and smiled shyly at him.

“Oh yeah…now I remember,” she whispered.

Quickly Bryce threaded the rope through Leigh’s ankle cuffs and tied a knot to hold the rope taut. He cuffed her feet to each end of the spreader bar before hoisting her legs into the air. He loved her like this—tied up, immobile, her body belonging to him and him alone.

Dropping to his knees he gently licked her open folds. He tasted the sweetness of her desire for him and the sweat of her nervousness. His poor little girl…he knew they should have eloped. But Leigh had a bad habit of trying to please everyone. Someday she’d understand she had no one to please but herself and him. And she pleased him every single day…

He pushed his tongue into her vagina to get her as wet as possible. He moved his mouth to her clitoris and sucked gently on it as he inserted his fingers into her and kneaded her g-spot. Leigh bucked and moaned as he pushed in a third finger, then a fourth. She loved being penetrated, would even beg for it when he withheld it to punish her. But he couldn’t withhold himself from her today. In two hours they’d be married—joined spiritually and legally into one. But what mattered now was to be joined physically, sexually…and the sooner, the better.

Leigh’s breathing quickened as Bryce pushed his fingers even deeper into her wet heat. Her muscles tightened around his hand. He kneaded her clitoris even harder with his tongue until her whole body went taut and she cried out, her fluid pouring from deep within her and over his face.

By the time he got back to his feet, he’d already opened his pants and freed his erection. He didn’t even let Leigh catch her breath. He shoved himself into her hard and deep, thrusting without mercy or apology. He wanted her raw from sex when she walked down the aisle, every step reminding her of his desire for her.

He kissed her calves, her ankles as he pumped his hips furiously against her. With the arrival of friends and family, he’d been banished to a hotel three days ago. Now he had three-days of pent-up need within him. He thrust three times as hard, three times as long, and finally, when he came with his eyes shut tight, he poured three times the semen into her.

After catching his breath, he pulled out of Leigh and cleaned himself off as she lay panting on the bed, her legs still up in the air tied to the spreader bar. Bryce found Leigh’s abandoned white panties and brought them back to the bed.

He unhooked her ankles from the bar and rested them on his shoulders. Slowly he slid the satin panties down her legs and over her hips.

“Don’t you dare take a shower between now and the wedding,” he ordered as she removed her ankle cuffs and put all their supplies away under the bed.

Leigh rolled up and wrapped her arms around his shoulders. He held her close and tight and hated that he had to let her go now.

He dipped his head and dropped slow kisses onto each nipple before kissing her lips.

“Now get dressed, forget the shoes, and if you get stressed again, just think about my cock in your mouth, your pussy, and your ass…in that order.”

“In other words, think about the wedding night?”

Bryce stood barefoot and waiting at the altar as the music began and one by one, equally barefoot bridesmaids walked down the aisle. He didn’t even glance at them, didn’t even see the two hundred assembled guests, didn’t even see the groomsmen at his side. He saw only Leigh as she appeared in the doorway bathed in sunlight and smiles. From under her dress he saw her naked toes peeking out. And he knew his semen still lingered inside her, private proof that she belonged to him already.

“That’s my girl,” he said softly to her as she reached the altar.

The reverend stepped forward and cleared his throat.

“You two ready to tie the knot?” he asked in a whisper.

Bryce nodded at him and took a breath.

“For the second time today.”

Tiffany made this story available for free. Say thanks by sending them a tip.    Send Tip 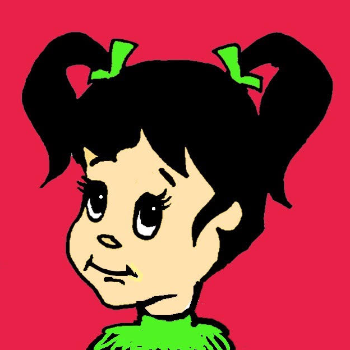