The Space Roads: The Crystal Cavern 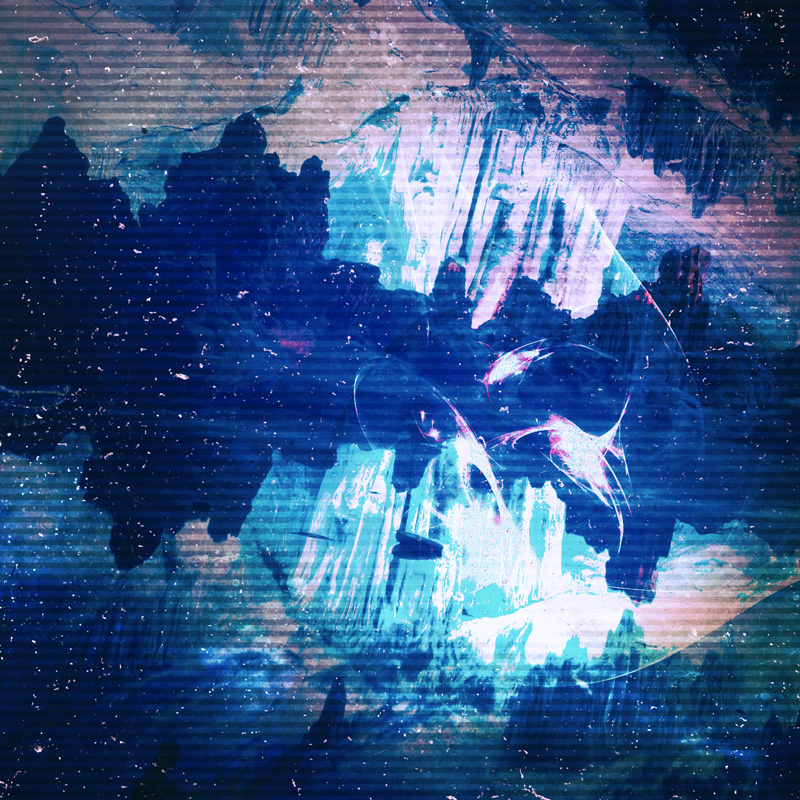 From the author: You've paid much and journeyed far to a world where a crystal cavern might hold one last glimpse of your lost love.

It feels like you’ve been here before, but you know you haven’t. Yet, as you press the control by your collarbone to retract your pressure suit’s helmet and breathe in the musty, rock-clean air of the cavern, you catch a whiff of something familiar.

Her perfume. Honeysuckle. And roses grown on Orumbar IV.

Your throat swells. You turn back to your guide, the Elet sacristar in their crystal-white robe, red eyes unreadable in a face like a boulder. The Elet don’t smile. But your guide bows their head, and their secondary head, and retreats to leave you alone in this crystal cavern.

You paid for alone time, after all. You paid in millions of the current interplanetary trade marks and in all the diplomatic strings you could pull.

To see her one more time. To smell her—and you inhale deeply, the scent of honeysuckle still lingering.

Your hands tremble and you clench them tightly as you step out farther toward the precipice. The cavern is mostly dark, with cold lights placed along the cliff walls where you stand, illuminating hints of crystal in the nearby black. A glint, a tease of motion.

You clear your throat, and it sounds atrocious in the hush. There’s not even an echo.

“Sorry,” you murmur, and wonder if the crystals can understand Alteranglish. Well. You have to try.

It’s said that the crystals in this cavern exist out of time and are unmoored from ordinary space. That everything—every soul, from every particle of matter that has ever existed, every person who has ever lived in any galaxy—has touched these crystals at some point and left an imprint. Or, so the Elet claim.

By that logic, a part of your soul is here, too. And maybe that’s why this place feels familiar. You’ve read from accounts of other pilgrims to this holy site on Elet-lethea that they've had similar experiences. They felt spooked, or more often, embraced by the crystals here.

A hum rises around you. First a tone that buzzes in your bones. Then, rising into the toll of the deepest bell. And rising still until your skull begins to ache with the pressure of it.

Light dances through the crystals, and you know this time it’s not just a trick of the light, or your hope for something to happen. Light traces and arcs from one crystal to another, all around you, until the cavern glows brighter and brighter with violet light.

You stare, every hair on your body standing on end. Up and around you, down below for as far as you can see and farther—because this cavern runs for thousands of kilometers, and maybe forms more than a significant portion of this planet’s composition, if that’s even possible. But then, should it be possible that crystals hear you and respond? Inanimate objects. They’re supposed to be just minerals.

You’re not sure you’ve ever believed in any of the thousands of human religions. Or the alien ones for that matter. You’re not even sure if the Elet’s religion is true—it might hold some truth, yes, but your skeptical mind stays a step back.

It’s hard for you to remain aloof, though, as deeper and brighter lights swirl in the cavern around you. The monotone now shifting into harmonies. You turn this way and that, not sure where to look, your heart pounding in an ecstasy that you only experienced before with...her.

When you were with her. When her lips brushed yours. When you stayed up long nights together, reading diplomatic reports, you giving all your insight into her latest plans and political machinations. She was the diplomat, but you were a team. Truly a team. Truly more one soul than two.

Something brushes your arm. You still have your pressure suit on, but you felt that. The light brush against your skin.

Part of you wants to freak out.

The greater part of you steps just that bit closer to the edge, reaching your arms out. Because the harmonies of the crystals have formed into that one resonance you know better than any other. The sound of her voice. No words, just the tone. Clear, with no abstraction of thoughts or vibrato. That voice that forged trade routes and parried conflicts. That voice that first made you fall in love.

There is the slightest pressure, a warmth on your hands—or do you imagine it?

Then, like smoke fading from a candle blown out, the sound ebbs. The lights swirl down.

The cavern descends again into silence.

You wait, tears streaming down your cheeks and into your collar. You sniff and don’t bother to hide it.

You’d never gotten to say goodbye. An aircar accident. You hadn’t been there—one of the few times you weren’t by her side.

You’re still holding out your hands, but slowly you lower them. Your palms are still warm, as if someone has just been holding them.

You sniff again and press your helmet back up to filter out the possibly-toxic-to-humans air that awaits you on the surface of this world. But really, it’s to give you a moment of privacy.

And you can’t stop the smile from spreading across your face like a sunrise. In the near-dark, your warmth is like a light within you as the Elet guide comes back, bowing to you again.

“I trust you got the message you came for?” they ask, the translation in your comm choppy but manageable.

At first, you can’t reply. The ringing of her voice still fills your ears. Your soul.

Yes, you are a skeptic. And yes, there is likely physics involved that you don’t understand.

But you just touched something divine in this cavern, and it wasn’t a god. It was her. An echo, a swell, an imprint—does it matter? Oh, it was her.

You tighten your hands, still feeling the pressure of hers.