The Space Roads: Civilization in Miniature 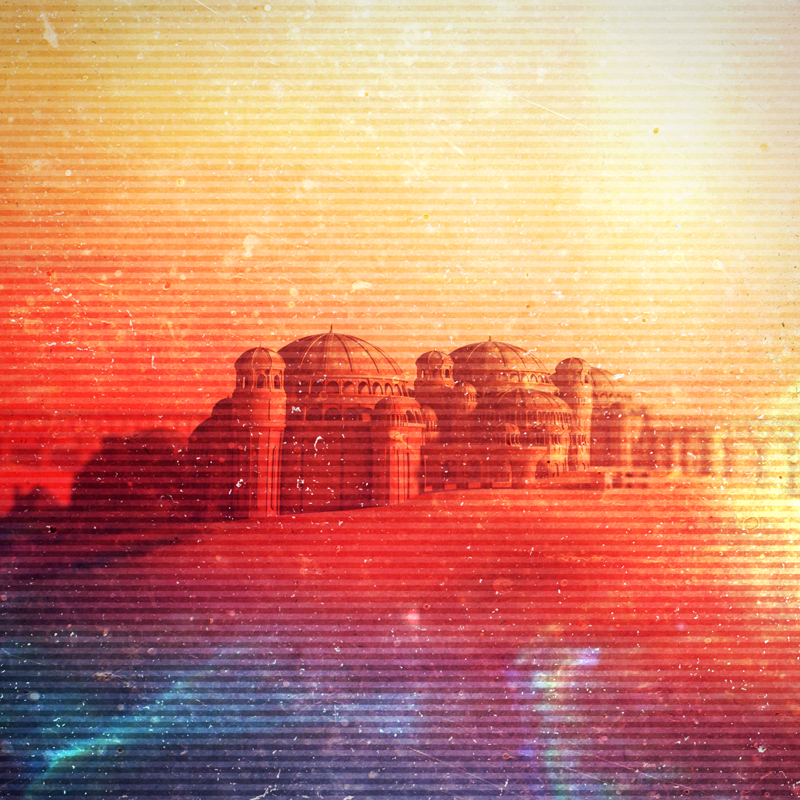 From the author: You're in the passenger side of the mobile hab, gripping the sidebar because the terrain on New Sydney is making a roller coaster on Mars seem like a smooth ride.

You're in the passenger side of the mobile hab, gripping the sidebar because the terrain on New Sydney is making a roller coaster on Mars seem like a smooth ride.

"So, I found this site last week," Carter says around their wad of gum. "Really wonderful, you know? So quaint, like all the little aliens just up and left their little homes without a trace. You'll love it. I know you will--all you digger types love shit like this, don't you?" They glance at you with wide brown eyes in a pale brown face.

Their accent is thick--you grew up on Mars, but you've seen enough old holos to think it might be an offshoot of one of Earth's American city dialects--New York, New Jersey, or maybe the American South? Maybe you haven't seen enough old holos. You don't want to ask them, though, because they've already launched into a handful of wandering yarns and you're running on three hours of sleep across four continental shuttle flights and aircar transfers from New Sydney Proper to Base Nine.

New Sydney is on the frontier, one of the newest colony worlds. It's not even a real colony yet--New Sydney Proper, the largest "city," is a huddle of pre-fab company habitats strung together with printed tunnel pieces. And the settlement you just drove out of, Base Nine, is hardly bigger than the apartment building you grew up in.

There's dust everywhere. Red dust in your shoes, in your bed, in your underwear. Dust in all the places dust shouldn't be. You've even gotten used to the extra dusty crunch in your food in the week since your ship arrived.

But the archaeological sites on New Sydney--oh. Oh, the dust is worth it.

You watch out the mobile hab's panoramic front window as the terrain rolls by. Mostly rocky, mostly rust-red with occasionally startling patches of deep blue. A shade of blue that isn't on Earth, that's only enhanced by New Sydney's off-orange sun. One of these patches of blue catches your eye now--it's surrounded by black, spiky rocks that look like stalagmites, but there are no caves. Not here, anyway. You itch to tell Carter to stop so you can take samples, even though everyone's taken a million samples already. It's just a weird type of iron.

"There!" Carter takes their hands off the controls to point ahead, and the blue patch is forgotten as you crane forward in your seat.

"Where?" You don't see anything but more red, rocky ground.

You see it. A rounded portion of rock that doesn't fit with the rest of the terrain, just beyond a shallow rise. What look like pebbles and tapered sticks sticking out of the ground in regular intervals.

Carter turns the mobile hab toward them, and your heart speeds up.

"Don't get too close," you warn, "I don't want to disturb the native environment--"

"I've already been close, how'd you think I found it?"

You groan inwardly, but there's nothing for it. The explorers like Carter are volunteers, paid half in Wide Open, Ltd's barely useable Ethereum 3.0 Hab-it tokens and half in food rations to take the mobile habs out into the wild and see what's there. There's something in New Sydney's electromagnetic field, maybe something in the planet's mineral composition, that fogs up the satellites in space. And makes drone cameras blur too close to the surface. The planet's safe for human habitation--you hope--but beyond broad and blurry sweeps, investigating has to be done the hard way.

Carter pulls the mobile hab to a stop and you're already pulling on your suit gloves. The gloves seal to the smart material of your suit, and you touch your neck for the helmet to unfold its transparent bubble around your face. Slick technology, this. Proprietary to Wide Open, and you had to sign an arm's length of non-disclosure agreements to wear it. You had to sign away all rights to anything you find on this planet to the company, too, but it will be worth it. You know it will be worth it. New Syndey isn't the only planet with alien ruins, but it's the only one where they are miniaturized.

Carter's suiting up, too. They've started explaining how they first found this site, almost running over it, and it's a story they've told at least twice before in the four hours it took to get here, so you mostly tune them out.

You both pause to check each others' suits and safety readings, though. Because the air outside is within human bounds temperature-wise, but absolutely toxic. If your suit breaches, the air will chemically burn your skin. If you breath it, you will die in minutes. Maybe less.

New Sydney's gravity is 0.6 of Mars', and you remember your hasty training just in time to keep yourself from bouncing out the airlock and coming crashing down into the city like a Kaiju. You have seen those old holos. And you wonder, a moment, if this is what Godzilla felt like, surveying a whole city, so small, so fragile. Just waiting to be crushed.

Carter brought you so close that you're fairly certain the first crunch beneath your boot was an outlying building. So you freeze. You stare at the red-stone buildings, smaller on the edges and growing larger and more ornate toward the city's center. Streets paved with that bluest blue mineral rock, shining like iridescent lapis lazuli. New Sydney's primary sun is rising toward mid-morning, casting a play of deep orange and shadows.

You want to swear. You want to stand here for hours and imagine what people could have lived here, in a city where building stories are smaller than your smallest finger. The city is pristine--you can't see any particular artifacts on the streets, those must have blown away, and there are patches of black lichen in places, maybe an analog of ivy or building moss, but otherwise the people could have just vanished.

And you wonder at the architecture. You've seen pictures. You've walked through full-blown holographic recreations of other cities found, as detailed as the researchers and company techs have been able to take it in the space and time allowed. You've wandered streets like this from the size and perspective of the people who lived on them. And far from being utterly alien, they seemed vaguely Roman in nature. Maybe with some of the upswept elements of ancient Chinese architecture. Yes, the narrow, tight placement of windows is strange, and yes, the emphasis on wide ladders instead of stairs is also strange, but...humans could live here, if humans were three centimeters tall.

"Something, isn't it?" Carter asks.

You hear the crack of their gum through the comm. And for once on this trek, you don't mind. You just nod. "Something," you say, because what else can you say? You've been on plenty of digs, on Mars and Icarus. You know holos and pictures can never compare to the real thing. The sense of place and history.

Carter slaps you on the back. Thankfully, a light slap, and they catch you when you start to fall in the lower gravity.

"Has withstood how many hundreds of years, right? And I didn't tell you, but--" They pause. There's something in their posture.

You tilt your head, suspicion mixing with exasperation. "What? Didn't tell me what?" In all that stream of words, had they missed saying something vital?

Carter looks down so the sun glare hides their face just enough through their helmet bubble. "I found the city because I ran over it."

Carter shrugs. "Resilient, right? Don't know how old the thing is, but I caught the mobile hab's front tire on that building, there. Went out to look and see what caught it and--yeah."

They point to what looks like a temple or a seat of government near the center of the city. The highest point. You sway like you might faint, but Carter catches you again.

"So, you learn something from that, right?" Carter asks. A little too contrite, too eager to please.

You want to pinch the bridge of your nose, but there's the helmet bubble. And in all of this, it would just look ridiculous.

So you start laughing. Great, heaving belly-laughs that pour out the tension of travel, the anticipation of the last few hours. You're shaky, but your head feels clearer. And, it feels good. So good. To be here, to see this city, to not see it alone. If that's how Carter found it...well. They did find it.

"Yeah, Carter," you say, hands on your knees, catching your breath. "Yeah. We learned something."

Carter snorts. "Okay. So let's get your gear out here and you can get to work, right?"