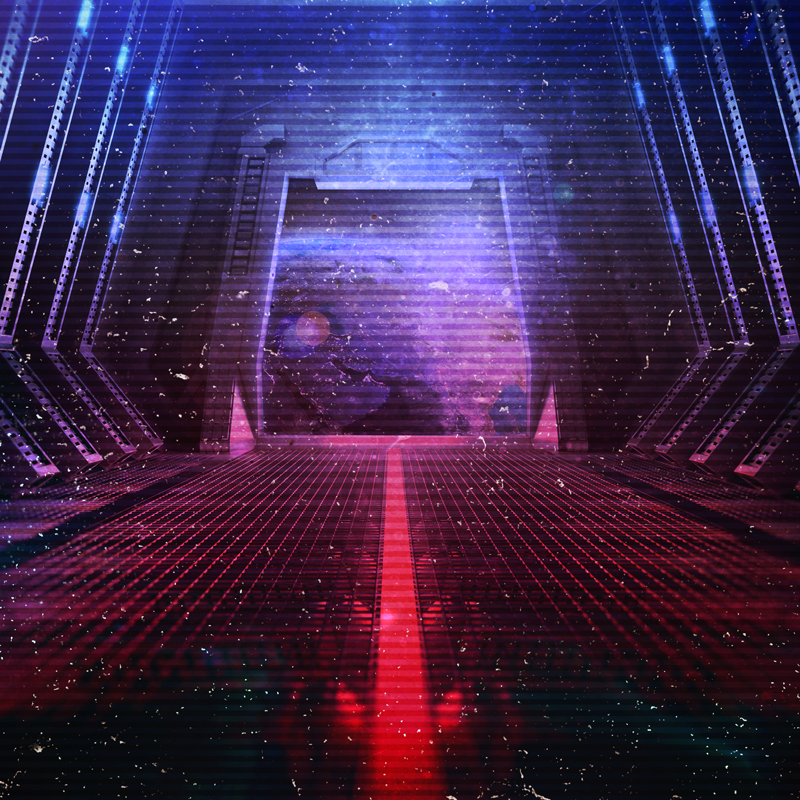 From the author: There's not supposed to be sound in space. So why, as you and your salvage partner walk through the derelict cruiser, do you hear ticking?

There's not supposed to be sound in space. You know this. It's one of the first things anyone learns before hiking it up to the great unknown: sound doesn't travel in a vacuum, because there's nothing to carry its vibration.

So why, as you and your salvage partner walk through the claustrophobic, black metal corridors of the First Empire derelict cruiser, do you hear ticking?

At first you think it's a comm remnant, some weird piece of static you're picking up from some bit of machinery that's at least two hundred years old and probably never functioned well to begin with. That happens sometimes. But you nudge your chin in your helmet to turn off your comm, and the ticking keeps going.

And it's getting louder.

You turn your comm back on.

"Hey, Kapra, hold up," you say. You've been shining your hand light in a routine sweeping pattern with your partner, white arcs of light tracing across the dead walls, but now you've got your beam dancing everywhere, looking for anything that could be the source of that sound. That sound that should not be there, in this ship that's open to vacuum through multiple hull breaches, drifting in space.

"Eh?" Kapra, a hulking man that hardly fits into his second-hand orange pressure suit, turns and shines his light directly into your eyes.

You throw up your arm. "Hey, watch that!"

"Sorry. What did you see? Why are we stopping? I didn't see anything worth anything yet. This ship's been picked over at least twice before."

He's right. You and your partner, who only really get along from necessity, rarely get to anything that hasn't already been picked over. Those kinds of finds belong to the salvage outfits that have fast, expensive ships with fast, expensive engines and deep accounts. You're lucky to get a few thousand junkcoins every run--the lowest salvage currency in the interplanetary blockchain--which are hell to convert to anything worthwhile. But, it's a job, and it does pay, so you do it.

"I heard something," you say.

"Yeah, well, I had lentils for lunch."

You make a face. Seriously? Could he be any more crude? "Idiot. No, I meant--out there. Something out there." You wave at the corridor walls, your beam tracing an erratic arc. You're not really expecting to see anything, but a flash of something black catches your eye.

You jump. "What was that?" You race your beam back to where you saw the thing, whatever it was, but you can't find it.

"I don't do that anymore. Seriously, I saw something. It was--black. Shiny."

Kapra shrugs in his suit. "A drone? It might be worth checking out. Maybe one of the salvage crews here before left a drone behind. We might be able to get a few coins for it, right? Good find."

He pats you on the shoulder and strides past you--as well as anyone can stride in mag boots--to where you saw the black whatever-it-was.

You shake your head and start after your partner.

You don't get three steps, though, before the ticking starts again. You stop. "Kapra? You hear that?"

Kapra is a good six meters ahead of you now, near a junction in the corridor. "I think whatever it was went this way," he says. Is he ignoring your question? It wouldn't be the first time.

It happens in a rush.

There is a gleam of black, shining pincers closing around Kapra.

Kapra screams and jerks down the cross corridor so fast you barely see the blur.

The ticking grows louder, then stops.

For a stretched out moment, you stand where you are, five meters from the corridor junction, not moving.

Finally, you lick your dry lips and ask, quietly, "Kapra?"

No answer. You don't think he's ignoring you this time.

You try one more time, because even though he's a jerk and might leave you to save his skin, you know you're better than that. You have to at least try. "Kapra, are you there?"

All the hair on your back stands up. You take a step with your grav boots to run, then unhook them altogether and fire your back airjets, careening down the corridor at a speed that's definitely not in the safety regulations.

A quick break, a course correction, a shoot down an empty lift shaft.

You reverse your thrust again, reorient yourself and jet to the airlock to your waiting small salvage hauler.

You make it to the airlock and slam the hatch shut behind you.

The hatch has no window. But the metal on the other side rattles with impact, a frantic, ticking tapping.

You only just now remember you have a pistol on your belt and you draw it. It trembles in your hand, a bulky, unfamiliar weight. Salvage doesn't usually involve life or death situations, not unless your partner double crosses you. And Kapra was a jerk, but not so stupid as to know he didn't need you.

Kapra was a jerk. Past tense.

The airlock cycles, even with no air. The ship's so old it doesn't know when to hurry.

The airlock hatch gives a groan and wrenches a centimeter to one side. A long, thin, black appendage waves through the opening.

You scream, and the hatch to your own airlock opens.

You scramble through, shut the hatch, and immediately key the sequence to explosively cast off from the ship. No subtlety here. That, at least, is a danger you know. Sometimes derelict ships have volatile substances or engines that require a quick retreat. There's a forty percent chance the explosives will rip apart the airlock while your ship violently undocks, but no, you're still here, and through the porthole of your own ship's lock, you can see outside. You see the black hull of the derelict cruiser rapidly retreating. And you see...something. Thin and black and many-legged, careening in space, knocked outside the airlock in the explosion.

But you'd swear it's still moving on its own. Not dead.

Your heart is hammering so fast you can barely breathe. Is it a drone? Does anyone make drones like that? Why would anyone make a drone like that? And what the hell did it do with Kapra? The guy was a jerk, but he was still your partner. No one deserved death by whatever that was.

Your ship is accelerating on its pre-programmed course. The nav computer will be waiting for your destination coordinates. The derelict ship is rapidly receding in your view, gray-black hull pulling back to show the long, angular lines of a First Empire cruiser with the long, jagged scorch marks of battle. Its own cloud of debris. Drifting in this now-empty solar system between worlds.

You can't see whatever that thing was. Was it a drone?

You hope to all gods it was a drone.

You start to consider a career in something other than salvage.