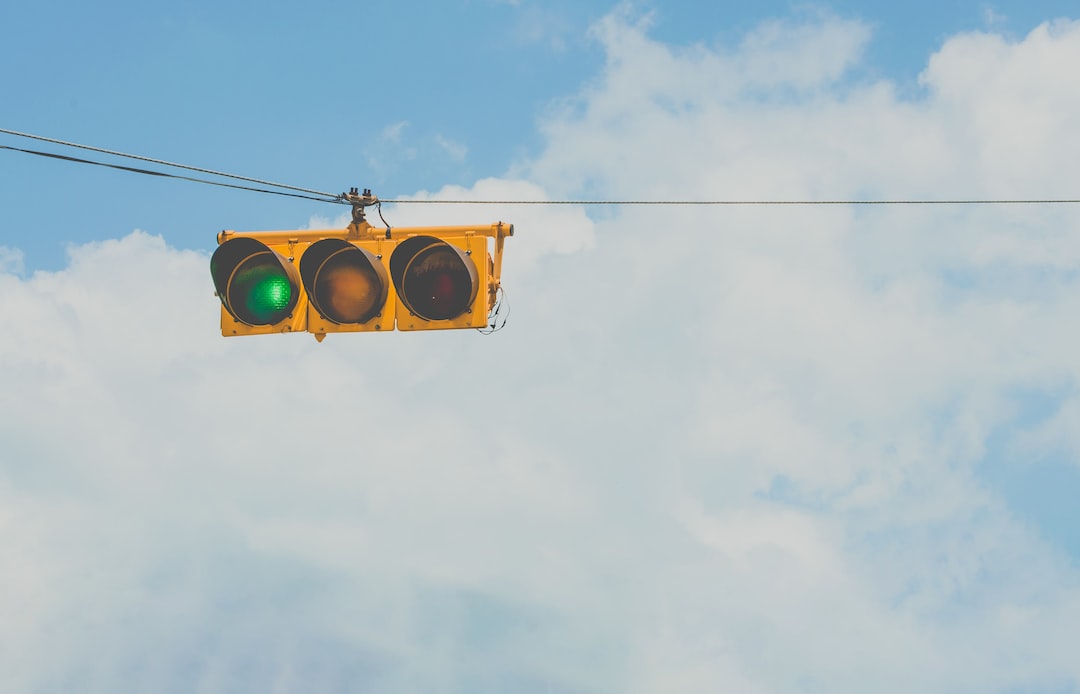 From the author: Chance rules our lives. It's true! But it's also true that luck favors the prepared. I found that this is a fun story to read out loud. More people relate to the odd mechanism of suspense in the story than I would have thought. Maybe one of the reasons the story works out loud is that I am gray-haired, have a moustache and gold-rimmed glasses. You'll see why that is relevant if you read the story. JVP

Happy and scared and thinking about odds, I turn from Forest onto Broadway, setting sun behind me, a mile from The Haggard Traveler, a sports bar where the afternoon phone crew meets for FAC.

Broadway’s a miserable stretch of road between Forest and the bar: ten unsynchronized stop lights, one per block.  During rush hours it’s possible to sit through two or three cycles per light, waiting for traffic to clear, only to hit the next light red, but I’m not thinking about that much.  It’s Friday and FAC.  Madison might be there.  I hope she is. Two days away from phone banks and scripted calls, and rush hour is past.  The street’s nearly empty, stretching before me with its stop lights, all of them, green.

I grin as I pass under the first one.  I’ve never seen them the same, a long line of keep-on-going glowing before me. What are the odds?

The next one stays green. Two down, eight to go.  It’s not a big deal if I hit green lights. I’m not in a rush. In fact, I’m nervous, chewing the inside of my lip, an old habit from grade school. Sometimes, you know, you gamble, you spin the dice and take a chance, playing the odds, like these lights, like love, where they turn green to let you through.

Unlikely events rule my day. The customer has to be home to answer the phone, and he has to not be one of those people who doesn’t pick up an unidentified number, and then he can’t hang up when he realizes I’m a telemarketer. This week it’s timeshares.  “How would you like to spend a week in your own condo in Tahoe?” I ask. “A timeshare is an investment in relaxation that’s risk-free,” I add.  At the desk across from mine, Madison makes her pitch. We catch eyes sometimes. She has a beautiful phone voice, cultured, melodious, slightly British. I almost never hear her talk to anyone at work. She’s reserved, maybe, or shy. Does she know I like her? Does she care? She’s been there six months, and all I’ve managed is an off-balanced, “Hey, how are you?” or “Nice day, don’t ya’ think?”

She’s leaving, though, for another job.  Today was her last day on the phone. It’s now or never.

The lights remain green in front of me.  I haven’t timed them.  Are they green for only thirty seconds? It seems like that when I’m in a hurry, but maybe it’s a couple minutes.  Maybe the timing changes in the evening when traffic is slower, but I’ve never hit four in a row.

The fourth one slides past.

These lights are like the steps we take with the customers (we’re not supposed to call them “marks”). They have to listen to the entire spiel, and agree to let me connect them to the sales desk that will take the initial financials. Every step’s a coin flip or worse. If they don’t hang up when I introduce myself, do they stay through the friendly greeting? Do they beg off after I ask about their vacation plans? Do they cut me off at any time with a curt, “I don’t think I’m interested”? The sales pitch can fail at a dozen points.   Maybe on a good day, I get five or six customers to the sales desk. Once I got two in a row, a rare event.

Now the fifth light is behind me.

I’m a student of the unlikely because a telemarketer survives on the slim chance.  What percent of my calls sells a condo?  I have to depend on the nearly impossible to do the job, but I’ve always admired the long shot, the when-pigs-fly moment, the player who draws to the inside straight because defying the odds is how so many things--great things--happen. It’s how they all happen.

Like now, when unreasonably, I pass through the sixth green light between The Haggard Traveler and me. It makes me think of movie love scenes; you know, the kind where the music swells and the couple makes eye contact.  They’ve never expressed their love.  Maybe, even, they’ve fought a lot, but the music is there and the picture goes soft-edged, and the two close the distance, like two suns caught in each other’s gravity, and they kiss.  What are the odds, I think, that two people who have never kissed each other before, both, at the same time, not knowing what the other thinks, takes initiative, leans in, and goes for the moment? It seems impossible. You’d be better off buying a lottery ticket. At least there’s no need for an uncomfortable apology when the numbers you pick don’t pay off.

Still, light seven and eight stay encouragingly green as I drive through, and only two are left. It can’t be done! Not ten in a row.  These last lights have stayed green for what, ninety seconds? Two minutes? My hands grip the steering wheel hard. Who would believe it? Would it matter to them? But it matters to me.  The most unlikely alignment of random events, one after another, the odds shooting up exponentially each time.

The ninth light doesn’t waver.  Surely the tenth will flick to yellow.  I resist the urge to step on the gas.  At this point, it would be cheating.  Do I trust the universe? If I made ten by speeding up or if I push a yellow, the achievement will forever have an asterisk in my head.  I didn’t really make ten lights in a row. All I can do is move forward and watch. My desires mean nothing to the light. My wanting it doesn’t make a difference. The light will be what the light will be.

Then I’m close. Even if it turns yellow, I will make it (with an asterisk), but I will not be stopped. I push close to the windshield to watch, eyes up.  Green as fresh cut grass.  Green as Ireland in the spring.  Avocado, leapy frog, margarita lime, polished jade green, like the green flash they say you can see when the sun rises on the ocean. That green. I tap the horn, purposefully do not look into the rearview mirror. I don’t want any red lights in my head as I turn into The Haggard Traveller’s parking lot.

Madison’s by her car, key in the lock, and the only open spot is beside her. I pull in. She nods in recognition.

“Yes,” but she doesn’t turn the key to open her door. “I’ve been here a while. I don’t know anyone, really. I thought I’d go home.”

My heart doesn’t falter, not even a little. The lights were all green. In this instant, the unlikeliness of that fills my heart. They were green, green, green. You’ve got to ride the streak. Tonight I will be bold, make conversation, see if I can prolong the melody that is her voice.

A year later, we’re sitting in The Haggard Traveler. I’ve found another job also in town. We’re happy. A month ago she asked me to marry her on the same night I’d brought a ring to ask her to marry me.

“I almost wasn’t here the night of our first date,” she says, her elbows on the table, cradling her drink in her hands. “I would have been gone.”

“You know those lights on Broadway?”

“Every single blessed one of them was red. It took forever to get here. I looked around when I got inside, decided to leave. If any of those lights was green, I’d have missed you in the parking lot.”

She takes a drink, and then studies through her glass the light from the setting sun that bathes her with a soft, honey glow. I want to preserve the moment, hold it forever. She is so herself, her improbable, unique self, and she loves me at the same time I love her.

Flip a coin. What are the chances of heads? Fifty-fifty, right?

But what about this guess: what are the odds that at exactly this time tomorrow, a person, say an older guy—we’ll predict his appearance too: he’s gray-haired, has a moustache and gold-rimmed glasses—will stand on this spot, flipping a dime, and it will come up heads?  What are the chances that all of that will happen?  Today, if I had to guess, a zillion to one; a zillion, zillion, quintillion to one: odds so distant as to be nearly impossible, until it happens, and he’s looking at the dime, heads up.

What were the odds?  When it happens, one-hundred percent.

Everything’s unlikely, even love, and it’s happening all the time.