From the author: This story initiates a series of pieces called "I Was Abducted by Aliens in a Former Life" in which I reveal my experiences with alien abduction during former incarnations, including Marie Antionette's pastry chef, TelécQuxatl, Aztec Prince, and even Richard Nixon. What better way to introduce readers to my experiences than my first abduction as a pre-historic cave person.

Several years ago, I began to experience strange and disturbing dreams. I saw strange objects in the sky — moons, suns, cigars, saucers. I saw tiny green angels with big heads staring into my abdomen.

I’d wake in the middle of the night, shivering, my head filled with images of mastodon tusks and squishy green heads, buffalo carcasses on wide prairies, frogs and locusts, and, worst of all, showing up naked for my finals exams after failing to attend a single class all semester. Even worse, I’d look down and find a roll of tissue paper stuck to my foot.

My psychiatrist had no help for me. Her only suggestion was that my ongoing fascination with UFOs undermined my self-esteem. A weight loss program would provide more tangible results.

I shared my concerns with my friend, the ritual artist Armand, who specializes in creating spontaneous, new age neo-religious acts of theater. Performances other artists talk about, but no one ever attends. He said I was obviously having a past life experience trying to break through into my conscious awareness. Maybe more than one.

He persuaded me to undergo regression hypnosis, explore my past lives for answers to my psychic crisis. (He also stole the sessions to use for another performance).

During my first session, we discovered that my problems stemmed from alien abduction and not past life trauma, although, ironically, my abduction experience occurred during a past life, while I fought as Major Donald “Dob” Bodd, General Sheridan’s aide. It seems the aliens used me to negotiate a secret alliance with Sheridan and burn Atlanta with their advanced weaponry. They wanted the North to win so they could create a single centralized government which they could control more easily than a loose confederation of Christian states.

I planned to stop payment on my check when the banks opened, but that night I shared the story with my family and my mother-in-law, who is heavily into genealogies and family history, immediately ran to her browser. She showed me a photograph taken during Sherman’s march on Atlanta. In the horizon, slightly above the flames, you can see a glowing, cigar-shaped object.

Even this evidence left me skeptical. The UFO could just as easily have been a blemish as an alien spacecraft. The same could be said of a cave painting in Anthropos in my stoner friend's coffee table book of cave paintings. I still remained unpersuaded.

In order to convince me, he turned to a painting from the Lascaux caves earlier in the book. The photo showed a warrior who resembled a ninja turtle. "An anachronism," I rebuffed him. He then showed me a Polaroid he took of the same painting while touring Europe to sample the psychedelic delicacies. His photo showed an alien spacecraft hovering above the warrior. The spacecraft was no blemish, but it had been removed in the published version.

I continued my sessions but my night terrors grew worse. My therapist concluded I might have abducted several times, and in several different lives. In fact, according to the transcripts of our sessions, I was abducted fifty-two times in forty-eight incarnations.

I may have abducted several times and in several different lives. According to the transcripts, I was abducted fifty-two times in forty-eight incarnations.

To be honest, some of the information we uncovered was confusing and contradictory. At least two of my previous lives seem to have occurred at the same time. My therapist assures me this isn‘t the problem I make it out to be. He claims to have documented cases of people having led as many as four simultaneous past lives, and apparently, he knows two dozen different people in the 1930s documented to have been Napoleon Bonaparte (four of them were also Gandhi

I won’t bore you with all of my abduction experiences, but I thought I would share the transcript of the oldest (and shortest).

My therapist knows of two dozen different people in the 1930s documented to have been Napoleon Bonaparte (four of them were also Gandhi).

There you have it. If you don’t believe me, I understand. No one believes me but my regression therapist and Armand. But Armand could be stringing me along for more stage material.

And my mother-in-law. But she believes in spirit guides and Big Foot. Hardly someone I want for an endorsement.

This story originally appeared in The Creative Cafe. 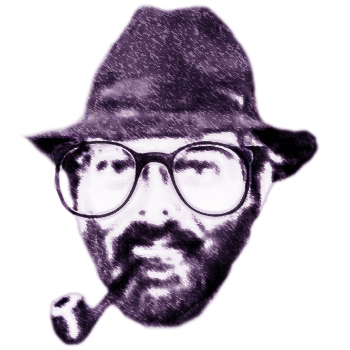