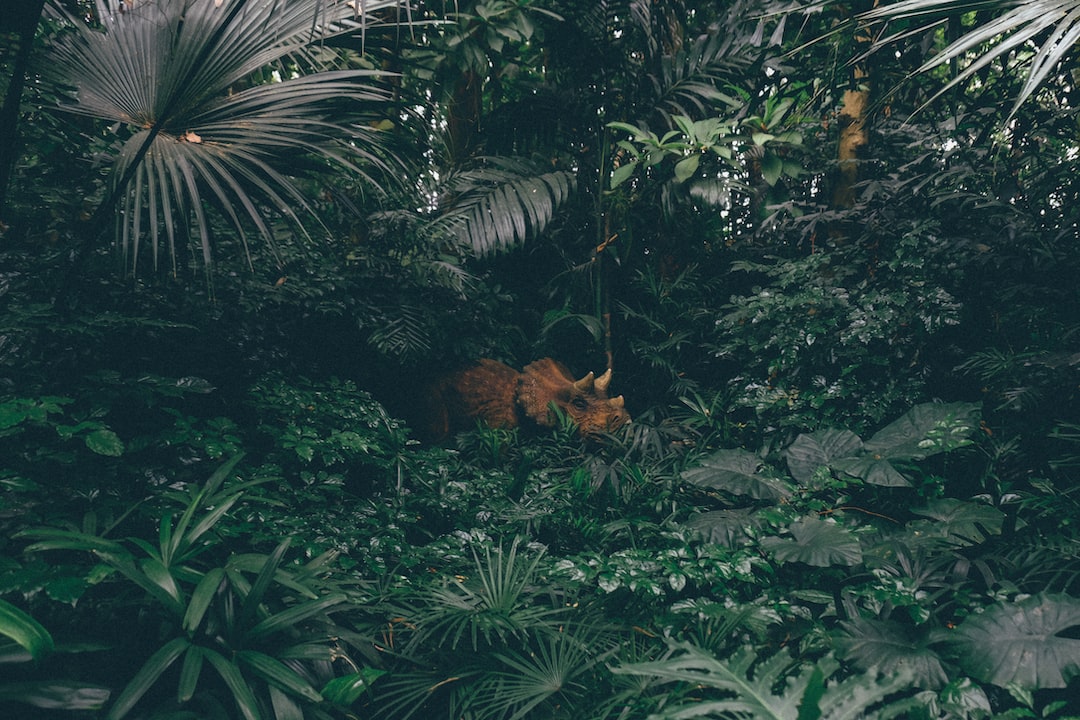 Photo by Ellicia via Unsplash.

From the author: A shattered dinosaur, a heartbroken child, and a mother's love coalesce in this touching story about family, loss, and growing up.

The bot’s heart was beyond repair. Frustrated, I tore it free of the chassis, wire filaments snapping like old guitar strings. The heart usually pulsed with crimson light, but was now dark. Dead. I dropped it into a bowl on my workbench with a metallic ting, almost drowned out by the drum of rain on the corrugated roof. The familiar ozone scent of shorted electronics mingled with the storm’s fresh earthiness.

I picked up the hadrosaur chassis with one hand. It was the size of a kitten, with small front limbs, a duck-like beak, and slick scales the colour of moss. I flicked on the power switch; the bot’s motor whirred to life, then, with a grinding whimper, stopped.

“Mama!” Earlier in the evening, Diti had burst into my workshop, cradling Ducky against her worn t-shirt. Angry tears cut paths down her cheeks.

“Can you fix her?” she choked out between sobs. My father had built Ducky before Diti had been born, but she’d been glued to the bot since before she could walk. Just like I’d been attached to Petri, my childhood ‘dactyl bot that had never flown. The modern bots in the park were more sophisticated, but there was a gentleness to my father’s early work, a touch of love and passion that gave them something none of the others had.

“What happened?” I asked, taking Ducky.

“Rishi threw it in the pond,” Diti sobbed. “Said it could swim, ’cause it’s a duckbill.” The older bot wasn’t waterproof, so its heart had shorted immediately. Rishi had thrown it earlier in the week, too. Couldn’t keep his hands to himself. He was smart, too smart for the park. Diti was drawn to kids like him, but Rishi teased her with the casual cruelty of unchallenged children. The same way his father had teased me when we were kids, growing up in the park.

Rishi might be a little shit, but his father was doing the best he could—the best he knew how. Just like the rest of us stuck on this dying, middle-of-nowhere rock. We were a makeshift raft, clinging to each other, praying we didn’t scuttle the ship.

So, now I sat—fingers numb, eyes foggy, slipping into numbness—in the low-burning light of a flickering incandescent, repairing a thousand-times-broken bot, and praying to whatever god would listen that this wouldn’t be the time she was beyond repair.

I glanced to the corner where Diti slept, quilt thrown aside, her breathing steady. It’s hard to believe a body so gentle in sleep could hold the rage and frustration I saw when she came home with Ducky. Clutched in the bot’s customary place was a usually-ignored giraffe plushie.

She’d cried herself to sleep while I worked at my bench, slowly disassembling my father’s work. His fingerprints covered it, from the fine-toothed gears to the elegant, computerized heart. This small bot, built by human hands, was never alive, but it had soul.

I needed a replacement heart. My father’s work was not interchangeable with the newer bots’ machine-pressed gears and AI cores. I quietly got up from my workbench. The door squeaked as it opened, as it always did. I glanced over my shoulder at Diti, and saw her watching me.

I thought to tell her to go back to sleep, but there was a look in her eyes, one that reminded me of my father’s intense gaze, and instead I said, “Diti. I need your help.”

For a moment she looked so old, I barely recognized my baby. But, as she clambered groggily from the makeshift bed, clothes askew, wisps of hair stuck to her forehead, her youthfulness returned. Sleepiness sloughed away, and a glimmer returned to her eye.

“We need to find one of Grampa’s old bots. Something small.”

The light from my workshop spilled forth, catching the glinting eye of a nearby T-Rex. Its massive form, slumped and non-responsive, was surrounded by the remains of hundreds of other dead and decommissioned dinosaurs.

The drumming rain drowned out our footsteps as we picked a path through the broken bodies in search of the light switch. Diti bumped the carcass of a baby hadrosaur, and its loosely-held innards fell to the floor in a melodic cascade. It was one of my father’s, similar to Ducky, but built to proper scale. Diti looked at the detritus questioningly.

“We didn’t get to that one before the damp got inside,” I told her. “It’s mostly a write-off.”

“And too big,” Diti said, her voice hoarse.

I nudged the fallen pieces to the side with my foot and we carried on. The light switch was large enough to require both hands. The halogens came to life with an audible crack, their light flooding the warehouse, brighter than midday, revealing hundreds of dead bots.

We split up. My father’s smaller bots were rare nowadays, most long-scavenged or lost. I picked my way through heaped dinos. Their titanium bones glinted in the harsh light, a stark contrast to the pebbled skin of the older models, and the brilliant feathers of the modern bots. The park had relaunched a decade ago, trying to shed the image of dinosaurs popularized in the late twentieth century, and had been dying a slow death ever since. A postcard from Entropy.

“What about this one?” Diti called after a quarter hour of searching.

She was digging through an ancient pile that’d I’d written off as unsalvageable years ago. My heart skipped when she lifted a ‘dactyl, barely larger than her palms held together. It had a familiar broken wing and crumpled beak. Childhood memories came rushing back. My father’s tongue sticking out the side of his mouth as he worked on that ‘dactyl late at night, while I slept on the same bench as Diti had cried herself to sleep on.

“That’s Petri,” I said. “Grampa built him. God. I haven’t seen him in years. He used to come everywhere with me. I… thought he was gone.”

When I was maybe ten, not much older than Diti, my father had taken Petri from me. “You’re too old for this—this… toy,” he snarled. His eyes were bruised by lack of sleep, frustration. Anger. He’d smashed Petri against the wall, and burst into tears, fleeing the room. I never saw Petri again. The next day my father told me my apprenticeship was beginning. Neither of us mentioned the incident.

“Grampa built him? Can he fly?” Diti asked, turning Petri over in her hands, admiring the crimson feathers. She flicked him on, and the bot came to life.

“No,” I said. My father had never solved that puzzle.

“Can you use it to fix Ducky?”

“I—” I almost said no. My father’s final years were unkind to both of us, but Petri represented something else—a memory of more hopeful days. But the look on Diti’s face and the gentleness of her fingers as she examined the bot caught me off guard. I said yes past a lump of regret in my throat. “I think we can.”

Diti’s face didn’t show childhood wonder or playfulness, but a pure, deep curiosity. My father’s soul lived in his work, and I knew what he would say to Diti if he were in my place.

We turned off the halogens, returning the dinosaur graveyard to darkness. The workshop door creaked as it opened. “You should oil that,” Diti said. I nodded, mussing her hair.

Diti put Petri on my desk next to Ducky. She hesitated when I motioned for her to sit in my chair. “You’ll need those.” I pointed to a pair of kitchen tweezers.

I turned Petri off, then spread his delicate pycnofiber fur to reveal a seam. “Open it here.” Diti used the tweezers to pull back synthetic skin, exposing the bot’s innards. “You see that small spheroid? That’s the heart. No. The one to the right, glowing red. Yep. That one there. Remove it. Gently.”

As I whispered a quiet goodbye to my childhood friend, Diti extracted the working heart with shaking fingers, pulling it free of wires that clung like spider silk.

I moved Petri out of the way, and put Ducky in his place. “It goes right here,” I said, pointing to the hollow in Ducky’s chassis.

I described the next step, and with my father’s hand to guide us, we returned life to a broken, beloved friend. 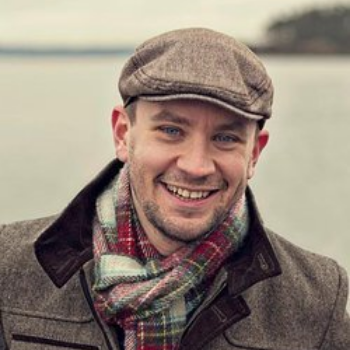 A gamut of science fiction and fantasy that focuses on themes of family, love, and identity.