Helena made this story available for free. Say thanks by sending them a tip.    Send Tip


Like · 1 Bookmark
1. Hello, and thank you for tuning in to our 10-part series: Methods of Proving Neither You Nor your Loved Ones Are a Host of Demonly Creatures. If you have not done so already, please check to ensure that you are not attempting to write with a number 3 [Ed. -Bob] 2 pencil, as they have proven untrustworthy. For your convenience, a laminated printout of this update will be available for purchase at the following locations:
a. Warehouse Liquor
b. Professor Benedict's office on campus [Please include friendly reminder that visitors to the Benedict compound will be shot and their bodies burned for fuel. -Isabelle]
1. We would like to make the following crucial corrections to our previous broadcast:
2. Count your family members daily. If there is a marked increase, consult your block's militia.
3. Just because you buried your Aunt Martha last spring does not mean that her sudden presence is cause for alarm. Repeat after me: this is not the zombie apocalypse. This is not the zombie apocalypse. This is NOT the zombie apocalypse. [We think. We're pretty sure. -Bob]
4. If you have already killed Aunt Martha, or Uncle Miles or Great-Grandma Shirley, do not fret! You will have a chance to apologize to her or him this Sunday night at the next raising. Flowers and a jar of pickles [Candlesticks also make a pretty nice gift. A box of chocolates. A baseball bat. Gift certificates to Weight Watchers? Not so much. -Isabelle] are a good way of saying "I am sorry for thinking you were evil, and here is a snack for the road." [I said I was sorry. -Bob]
5. Some of your friends and family members may have recently developed certain skills and predilections that they did not possess before. If you were paying attention during the second emergencybroadcast, then you should have already begun creating detailed dossiers of what you (and those around you) were like before the incident and after. [Bob: smelly.] [Isabelle: bitch.] [Bob: Due to stunted intelligence can only speak in monosyllables; incapable of forming adjectival form of basic nouns even if only requires addition of one letter.] [Isabelle: Bitchy.] A sudden ability to speak in strange languages does not necessarily mean that your brother is one of dark underlings sent forth to enslave humanity--although it could! Those of you for whom this applies should adhere to the following instructions. Everyone else may check on the cabbages and silver crucifixes at all your doors and windows.
1) Trap your brother, the suspected underling, in a basement room.
2) Introduce your brother, the suspected underling, to other members of your family.
3) If one of said members reveals a sharp instrument and dives for your brother's, the suspected underling's [Check the rule on use of possessive form in appositive phrases. -Isabelle] [No. One. Cares. -Bob] neck, then one of the following must be true:
a. Your brother is indeed a dark underling and must be burned (this would also indicate that your other relative is a Warrior of the Other Being Who Seems to Have Brought All this On and Yet Does Not Seem to Match Any Known Theology [I like to call him Bob -Isabelle] [Sometimes I do too. Want to grab dinner later?-Bob])
b. Vice-versa [I have to clean the traps -Isabelle] [Isn't that Tom's job? -Bob]
c. A third party has entered the fray rendering all previous instructions completely useless. [He died. -Isabelle] [How? -Bob]
7. Good luck! [He went to drop off the laminated copies at Professor Benedict's house and was shot and his body burned for fuel. -Isabelle]

Helena made this story available for free. Say thanks by sending them a tip.    Send Tip 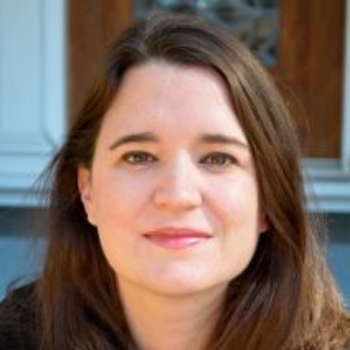