From the author: An impatient and hungry god, tired of mortal sacrifice, sets out to create even heartier fare: a godling upon which he may feast.

When the Risen Hest came down from the mountains with the Golden Sparrow perched on his shoulder, the people of the river village didn’t notice until the two gods stood among them. The villagers turned to see the Hest standing over the orphan Malachi, and silence swept through the town square.

“He’s not beholden to anyone. He’ll do wonderfully,” the Golden Sparrow said, the melody of her voice weaving through the silent square. The Risen Hest raised his great horse head and glanced over the crowd.

“Any of them would do,” the god said. Regardless, he bent down and gathered the speechless boy in his black-clad arms.

The villagers exchanged nervous glances. The eldest among them knew that the Risen Hest hadn’t come about his godhood honestly, but the village still feared his river and the floods that surged from its banks. They watched, still as the dead, as the Hest and the Sparrow bore Malachi away from them.

“I will take him down to the river today,” the Hest said after a month.

“You’ve changed since your time beneath the river,” the Sparrow said from her perch in their makeshift home at the base of the mountains. “His sacrifice will mean nothing to you until he grows stronger.”

“Will such a thing happen?” the Risen Hest asked. His nostrils flared as he watched the boy splash in a stream. “He is so pathetic now. Whenever I hold him, I want to drown him.”

“He’s being raised by gods, Hest. His inheritance is inevitable,” the Golden Sparrow sang.

And so for months the Risen Hest waited, watching from the door of their warren as the boy played in the brush. He would dream of the power the Sparrow had promised him as Malachi crept through the bushes after squirrels and foxes. But sometimes Malachi would look back to the river god while he played and smile, causing the Hest some curious discomfort.

“I will take him down to the river today,” the Risen Hest said to the Golden Sparrow after a year. “The animals no longer regard him as a stranger to the forest floor, and he walks among them like a godling of the hunt. Surely, he is now powerful enough.”

“He is indeed, but you don’t have his heart. Gone are your days of abduction, my dear. If you want a proper tribute, he must give himself willingly. Wait until he is old enough to decide for himself,” the Sparrow replied.

Time passed, and the curious discomfort grew until it became something else entirely. The Risen Hest began to visit his river frequently, staring into its depths as though the faces of those he had claimed waited for him beneath. At the end of the day, he would carry home an armful of trout and watercress to Malachi and the Sparrow.

“It is important to return from an absence with more than you left,” the Risen Hest told Malachi as he prepared their meal. “It shows that your time away was fruitful. That you learned and grew.” Malachi nodded, the brambles entangled in his curly hair bobbing, but the Golden Sparrow hopped forward and cocked her head.

“Where did you learn that, my dear?” she asked, thinking of their home at the top of the mountain and the elder gods there who despised him for a brute.

“The fishermen who come to my banks, of course,” the Risen Hest replied, and spoke no further.

On Malachi’s birthday, the Hest called to him. The boy came running, and clambered into the god’s black-clad arms.

“Will you come with me?” the Hest asked. The Golden Sparrow sat silent.

Malachi nodded. The Risen Hest swung Malachi onto his back, and while they walked toward the river the boy played with the snakes tangled in the horse’s mane.

Finally, the Risen Hest stopped at the edge of the river village. He could feel the fledgling power coursing through Malachi. Even now, the boy giggled as one of the snakes nuzzled his palm. The Hest sighed, his nostrils flaring, and lifted Malachi from his shoulders.

The villagers remain unsure why Malachi returned to them after two years, smiling and offering them a brace of slain rabbits. The eldest among them noticed the nervous looks the boy cast backward to the forest, and how his uncertainty trickled slowly away when the friends of his boyhood surrounded him in welcome.

The Risen Hest never came back down from the mountains. But to this day the village larders overflow, and every year on Malachi’s birthday the godling joins the villagers in piling treasures amongst the flourishing greenery at the banks of their surging river.

This story originally appeared in Do No Harm. 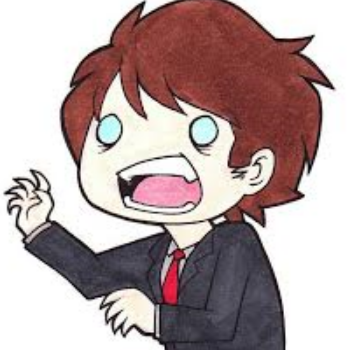