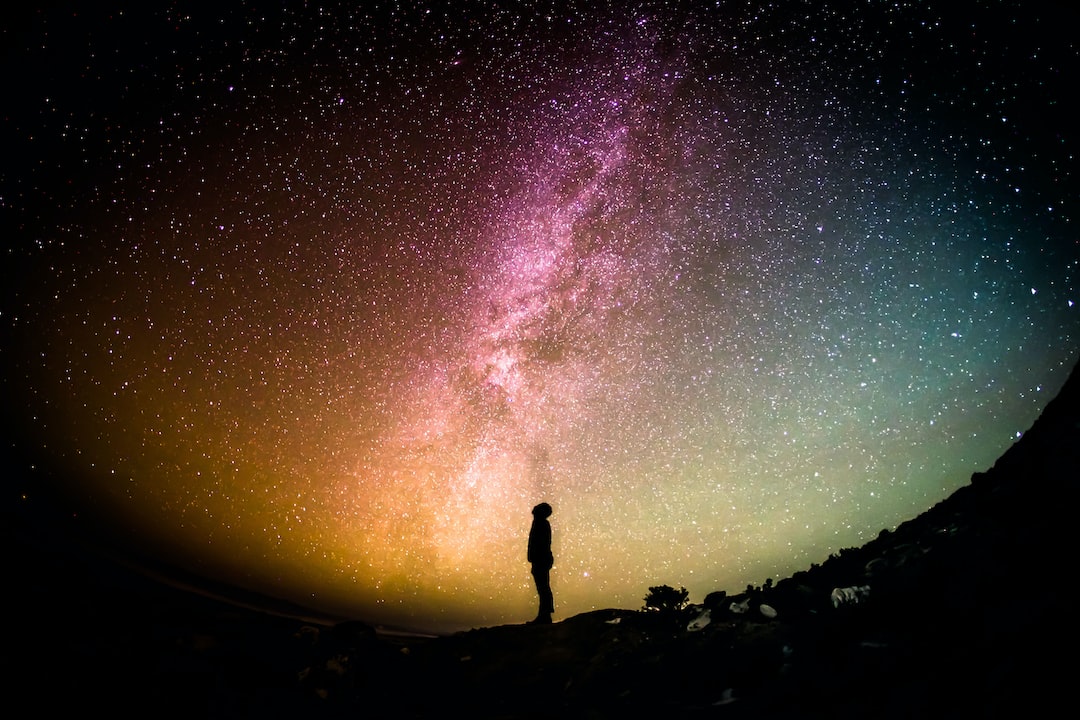 Photo by Greg Rakozy via Unsplash.

If you’re unable to discard yourself, climb to the top of the tallest mountain and study with the monks who serve at the temple there. When you’re done, discard the monks and the mountain, and even your memories of them.

2) When you have nothing, and there is no you to be floating around in the nothingness, stop for a moment and contemplate the peace and quiet. It will not come again. Then discard that moment, because moments are made of time and you may not keep anything, time least of all.

3) Make a bang. Let that nothingness, which has been aching to be somethingness which you’ve been holding back as hard as you can (for steps one and two are not easy) and are bursting at the non-existent seams to contain… let it go. If done right, everything will explode out from a single infinitesimal point, and there will be everything instead of nothing. Set the temperature at 10 billion degrees Fahrenheit. Safety goggles are advised for this step.

4) At this point, there will be a soup of fundamental particles, of neutrons, electrons, and protons. You will not be able to see these - the free electrons will scatter photons the way sunlight scatters from the water droplets in clouds - but you will be able to feel them. Swirl gently with your finger and take a taste. It should taste like raspberries. If the mixture is slowly cooling and small neutral atoms are beginning to form, you’re on the right track.

5) Set your timer to 380,000 years, then check back on your mixture. The expansion should be continuing, so make sure there’s room for your nascent universe to grow.

You should see a soft latte-colored afterglow.  This step is most critical, for the echoes of this glow will be visible until the end of your universe, a twinkling tattoo in the background of everything.

6) Swirl in a healthy dollop of dark energy and sprinkle in some dark matter, and stir. Then do this again, and again another time, for nobody ever estimates it correctly on the first try. A true universe has mysteries and depths beyond what can be expected. Your mixture should still be expanding, and at this point, taste like licorice. Set your timer for about another 400 million years.

7) By now you should have several elements, and the first stars should have started to form. They should nestle in your mixture and expand away from each other like raisins in raisin bread, though they should be flavored like sharp cinnamon oil. While it is tempting, do not taste the stars in this form, though their bright white glow nearly cries out to be licked. Like with so many beautiful things, you will get burned.

8) If they have not yet begun to do so on their own, collect stars together to form galaxies. Reach in to grab a handful at a time - while wearing protective gloves, of course - then set that cluster twirling around itself. Much like a souffle, be quiet around your universe at this time and avoid bangs and shudders so it doesn’t collapse.

9) Add the spark of life. It is recommended to start this process in several locations in parallel, just in case. Of course, you may choose to leave your universe as-is, sterile and dead with the cosmic wind howling upon lifeless moons and stretches of empty space, but it is not recommended. You’ll find that a lifeless universe can never be a complete one.

11) Do not coddle your lifeforms, tempting though it may be. The occasional aversion of a meteorite is all well and good, but you must let your lifeforms develop on their own. At some point some lifeforms will even develop theories about you, and that is fine as well. Do not be tempted by their offerings and flattery - it will do them no good to assume such power over you. However, if you have a set of lifeforms that are lacking love, or curiosity, or logic, feel free to discard them and start a new set elsewhere. Such creatures may well ruin the batch.

12) It should be noted, at this point, that you will not be the only one following this recipe. There will be universes next to yours, steaming on your colleagues’ windowsills with tantalizing scents. Resist the urge to connect your universe to theirs. Wormholes are aptly named, and nobody wants a wormy universe.

13) At some point, one of your set of lifeforms will develop philosophy and science, and will stumble onto this very recipe. One of them will even follow it. This is as it should be. In the process, their/your universe will be discarded, and you along with it. Universes, like most things of beauty, are ephemeral, cyclical things.

Before you and your universe wink out of existence, take a moment to appreciate the one who came before you and built your original universe, for you had discarded them without a moment’s thought at the beginning of this process. Toast them with a glass of champagne and a thick slice of your freshly-baked universe, studded with stars and planets and love, before you blink away.