You Don't Know Where That's Been

From the author: Trash heaps at the road side are full of cool treasure, but Drew’s mom doesn’t understand, and she insists that his finds are dangerous junk that’s full of germs. Maybe—as Drew suspects after he brings home a mysterious amulet that makes him itch and break out in dragon scales—she’s right.

Out of all the things I've found abandoned by the side of the road, the silver pendant was definitely the coolest.

I found it in the gutter four blocks from my house. The pendant itself was a nine-pointed star, polished to a bright shine, with a weird stone in the middle. The stone looked green, but if you held it up to the light just right, it somehow turned white.

Of course, I put it on right away, and hid it under my shirt.

When I got home, Mom said, "Drew, why on Earth is there a pile of broken trophies by the side of the house?"

I don't know why she always asked me stuff like this. She already knew what I was going to say. "Because it's treasure."

"It's trash. And you don't know where that's been."

"Sure I do. It's been on the curb in front of the blue house on Wolfton Street."

"And it's covered in who knows what kind of germs!"

"Actually, everything's covered in germs." I opened the fridge and looked for something to eat.

Mom made a face. "Everything will be, if you don't wash your hands before you touch anything else. You. To the sink. Get."

After I washed up and made a sandwich, we argued about the piece of carpet I'd brought home yesterday for a fort in the backyard. ("It's disgusting, Drew, and anyway, who ever heard of a fort with wall-to-wall carpeting?" "That's why my fort will be so awesome.") Toward the end of my sandwich, my chest and hands started to itch.

"Did you get some bug bites while you were outside, honey?"

"Well, go in the bathroom and get some of that itch cream."

"Unless it's Poison Ivy. Did you get Poison Ivy? Let me see."

"Mom, you are so paranoid." I got up from the table to get away from her. "Calm down. I'll put some cream on my stupid bug bites. Sheesh."

I went into the bathroom, closed the door, and took off my shirt to look at my chest. But when I looked down at myself, I almost screamed.

I had tiny red scales, like snakeskin, in a patch on my chest—under and around my new pendant. There were even a few scales under the pendant's chain.

I looked closely at my hands. I had a few scales on my fingertips, too.

I tore off the pendant and flung it into the bathtub.

I locked the door. "I just dropped something!" I yelled. I looked down at my chest and hands again, willing the scales to be a bad-looking rash. Nope. They were scales, all right.

After a minute or so of staring, I leaned over the bathtub and stared at the pendant.

Then I washed my hands again.

I thought about it some, then picked up a washcloth and washed my neck and chest. And my hands a third time, to be on the safe side.

I washed my neck and chest again.

"Drew? Are you still in there?"

Crap. I put my shirt back on. Now what? I leaned over and glared at the pendant some more, then used the washcloth to pick it up. I should just throw the thing out right now.

As I held it over the garbage, I saw that something was written on the back. I tilted the pendant so I could see it better, and muttered, "'In case of damage, speak these words aloud to be taken to the nearest repair shop'." I closed the washcloth over it again. "Whatever."

I suddenly got very dizzy.

When my vision cleared, I was somehow standing in the middle of a jewelry store.

Through the windows, I saw two dwarves and an elf walk by on the sidewalk.

And I thought the scales had been weird.

I jumped. A tall woman in a black dress was standing behind one of the counters. When she smiled politely at me, she bared a pair of long fangs.

I heard a noise outside. Beyond the window, three knights rode by on a gigantic blue dragon.

The woman came out from around the display case. "Let me see it. Did the stone come loose?"

I pulled it toward me. "No, don't touch it. It gave me this rash. I mean scales. I've got these little red scales. Where am I?"

"Mocrum's Silverworks," she said. She smiled again. Man, those fangs looked sharp. "You read aloud the Homing Spell on the back of the pendant, right?"

"It was an accident. Look, um, maybe I should just give this to you." I put the washcloth, with the pendant, on the counter. "I don't really want it anymore."

"No. No, it's fine, but it gave me these scales. Can you tell me anything about the scales...?"

She stared at me for a second. "Ahh," she finally said. "You're from Earth, aren't you? Poor dear, and I bet you found it by mistake and you've no idea what's going on. Scales, you say? Red?"

"Yeah." Outside, a unicorn was getting into an argument with a manticore.

"That's just a little dragonskin," said the woman. "You don't have dragonskin on Earth, do you?" She held up a finger for me to wait, then turned around and got a bottle from a cabinet set against the wall. She shook out a couple pills into her hand. "It's common. People here get it all the time. Take these and it'll clear up in a few hours."

She handed the pills to me. "Are you quite sure you don't want the pendant?"

"Well, all right. Suit yourself." She picked it up and waved her other hand at me. "Return!"

I got dizzy again. Then I was back in my bathroom, and my mom was banging on the door.

I held onto the edge of the sink with my free hand. "You are so paranoid," I tried to yell, but it didn't come out very strong. I got a glass of water and swallowed the pills. "I'm okay. I just didn't feel well for a minute."

"Are you sure you're all right?"

I left the bathroom, trying not to scratch my chest. "I'm fine. I was just a little dizzy for a minute. Because it's so hot out."

"Hm." Mom put her hand against my forehead. "Stay inside for a while. But I still want your 'treasure' moved to the edge of the yard by tomorrow, mister. Your father wants to mow the lawn this weekend."

I squirmed away from her hand. "Actually, you can just throw it all out, if you really want."

"I said you can throw it out."

"Drew, are you sure you're feeling okay?"

If a pendant from the gutter could give me scales and suck me into another dimension...

I headed upstairs toward my room. "Really, I'm fine. It's just, all that other stuff—I don't know where that's been."

This story originally appeared in Spaceports and Spidersilk.

From a mechanical forest that constructs itself to the streets of Kyoto 8,000 years hence, the sometimes whimsical, sometimes cutting short fiction of KJ Kabza has been dubbed “Delightful” (Locus Online) and “Very clever, indeed” (SFRevu). Collecting all of his work published before May 2011 (plus 5 new stories, notes on the stories, and an interview by Julia Rios), IN PIECES offers glimpses into other worlds—some not unlike your own. 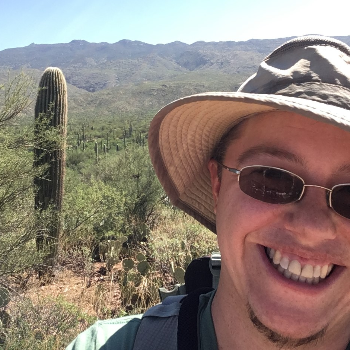