Chris made this story available for free. Say thanks by sending them a tip.    Send Tip 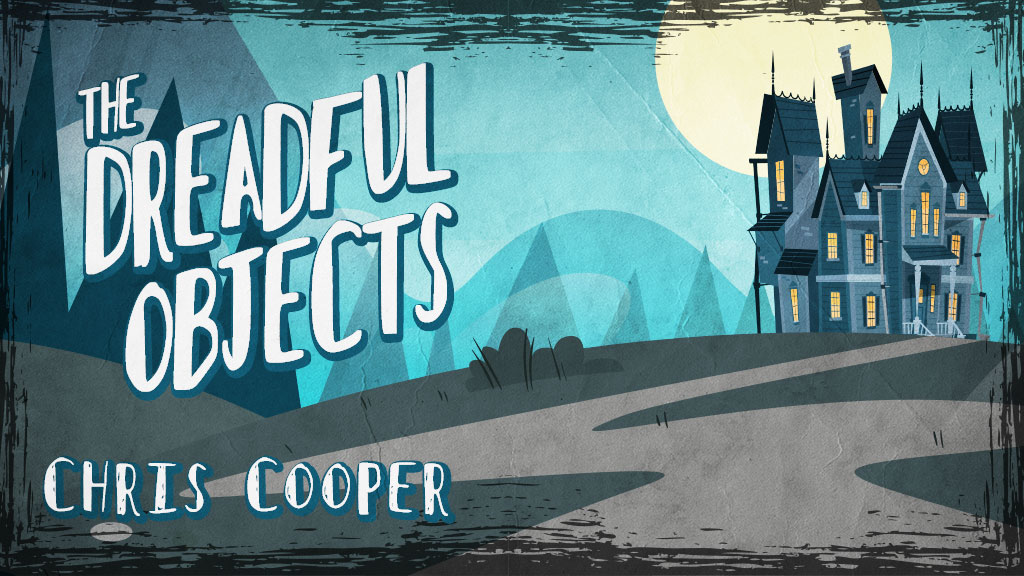 From the author: When his reclusive uncle commits suicide in a mansion full of curiosities, Jamie Lawson is left to clean up his dusty estate. As Jamie peels back the layers of his uncle’s life as a semi-famous horror author, he discovers an eerie connection between his uncle’s works and real life tragedies. Now, he must uncover the truth behind his uncle’s books while trying to rebuild his life in a new town. But, the bizarre facts he uncovers may just threaten his new life and everyone in it.

Jamie hung his arm out of the car window and straightened his fingers to form a wing. The feeling of the wind guiding his hand up and down reminded him of car rides he’d taken as a kid, a feeling he would never tire of. Lilly sat in the driver’s seat next to him. Her hair was up in a ponytail, and the sun caught her red highlights. They drove up and over the hill leading to the bridge into town. He couldn't remember where they were going, but he knew it was important.

The car crossed over the expansion joints and onto the bridge. Surprisingly little traffic was on the bridge this time of day. The sun flashed on his face as the steel beams crossed its path.

“What does it feel like to die?” Lilly asked.

“What does it feel like to die?” She asked the question as if asking for the time, with no emotion except for innocent curiosity.

He looked over at her, and she was staring back at him, eyes wide and empty.

“Jesus, Lilly, watch the road!” he said, startled by her vacant gaze.

She grinned widely but kept her eyes locked on him.

His heart rate increased, and he turned his head just in time to see an oncoming car. After a flash of white light, everything went black.

He came to, lying in darkness, his eyes half shut. The bedroom furniture was familiar, but something wasn’t right. A group of black figures hovered over him, shifting in and out of focus. One of them held up a shiny metal object.

Something was binding him to the bed. He tried to move his arms, even to simply blink his eyes, but he was frozen in place. The dark form brought the metal object closer to his chest, and he could just make out the sharp edge of a scalpel.

They think I’m dead. They’re going to cut me open.

Panic set in as he tried to think of a way to show he was still alive, that he hadn’t perished in the crash. A dull groan grew from his chest and up through his throat until it became a full-blown scream.

Sweat flung from his forehead as he bolted upright in bed. The figures had vanished. His dog Buttons was caught off guard by the sudden outburst and fell off the end of the bed. As Jamie recovered from the nightmare, he needed a few moments to realize the ringing of his phone had pulled him from sleep. He looked at the phone screen and tapped the button to answer the call.

“I'm so sorry. It must have happened again. I owe you a beer, man,” he said, out of breath.

Deshawn lived in the apartment below him and was fortunately a pretty friendly guy.  “Just making sure that you're all right. I'm going to hold you to that beer, though.”

Jamie hung up the phone. He thought he'd finally gotten over the sleep paralysis, but this episode brought the feeling of terror rushing back. The first time it had happened, one of his neighbors must have thought he was being murdered and called the police. Usually, it occurred when he was stressed or had indulged in a few too many drinks, but he hadn't had anything to drink in a while and had done his best to numb his emotions in other ways. The time was only four in the morning, but sleep rarely came after one of these traumatic episodes.

Jamie slunk out of bed and headed toward the kitchen for a glass of water, with Buttons close behind him. The tiles were ice-cold against his skin, and he quickly tiptoed over to his house shoes, next to the small island. He pulled a pitcher of filtered water from the fridge, poured a glass, and chugged. Buttons whimpered and sniffed nervously at the door, a clear sign that he sorely needed to go out.

I must have scared the piss right out of him.

He threw on a pair of shorts, sitting on the kitchen stool, and grabbed Buttons’ leash from the junk drawer. He loved his pup, but taking him downstairs to pee in the middle of the night was a pain in the ass. As soon as the door opened, Buttons dashed for the stairs. His favorite tree sat in the field across the street from the apartment complex.

A chill was in the air, and Jamie wished he had something on besides shorts and a wife beater. As soon as Buttons had done his business, Jamie dragged him back across the street and into the complex. The dog loved to be outside, regardless of the time of day, but the night was too cold to indulge him any longer. Jamie dreamt of a house outside the city, where Buttons would have a backyard to run around and explore freely. Given the student loans and his low salary, the house in the country wasn't happening anytime soon. For now, Buttons would have to settle for the tree in the lot across the street.

Jamie started a pot of coffee, moved a stack of ungraded papers from atop his laptop, and sat down to check email. After a moment, his eyes adjusted to the bright light from the screen. The video clip he'd been watching the previous day was still on the screen. It was from one of those reality-show music competitions and featured an unattractive father of four, who shook nervously on stage. The judges gave their obligatory eye rolls as the man mentioned he'd be singing “The Prayer.” Their cynicism turned to awe as he belted out the notes in perfect pitch. Jamie was ashamed to admit it, but he sometimes spent an hour or more watching clips like this to lift his spirits. If only a hand would descend from the sky, pluck me out of this life, and place me in another. He hoped someone would discover something valuable in him, sitting just below the surface. For the time being, he'd have to settle for another person’s glory and the small hit of dopamine that came with it.

His inbox was devoid of anything interesting and cluttered with coupons and newsletters. Out of desperation for entertainment, he opened his junk folder and scanned for anything remotely interesting. Amidst a sea of Nigerian princes and male-enhancement spam, he noticed a message from someone named Donald Ash from Ash and Associates. Surely this was some sort of phishing scheme, attempting to separate him from the dollar or two left in his bank account, but he clicked anyway.

I'm sorry to inform you that your uncle, Thomas Joseph, has passed away. We are in the process of settling his estate, and you are listed as the primary beneficiary. Unfortunately, it appears that the number that we have for you has been disconnected, so I apologize for having to send the unfortunate news via email.

You can reach my office at the number below. Please feel free to give my secretary a call at your convenience to schedule an appointment to go over Mr. Lawson's estate.

I am very sorry for your loss.

Jamie sat back in the chair. He hadn't heard from his uncle in more than a decade, so the sudden reference surprised him. The proper spelling and personal references made the message seem just authentic enough for him to do a bit of web research. He opened a new browser tab and typed the name of the firm into the search engine. There were several results for Ash and Associates, but he navigated to the page of the one located in Cincinnati, where his uncle lived. Sure enough, the number on the contact page matched the number from the email. The message was legitimate.

He hoped to feel a twinge of sadness but instead felt nothing. He had seen so much death in his life over the past two years that it had lost its emotional impact. This disconnection sometimes made him feel separated from his body and thoughts, as if he were watching life happen to him on a television screen. The fact that he hadn't seen his uncle for many years compounded his emotional chilliness. The guy was a recluse and didn't even bother to come to his own brother’s funeral when Jamie's father passed away.

Against his better judgment, he decided to give Ash and Associates a call once their office was open. He set a reminder on his phone and lay down on the couch. The warm glow of the TV washed over him as he mindlessly flipped through the channels.

Read on to chapter 2!

Chris made this story available for free. Say thanks by sending them a tip.    Send Tip 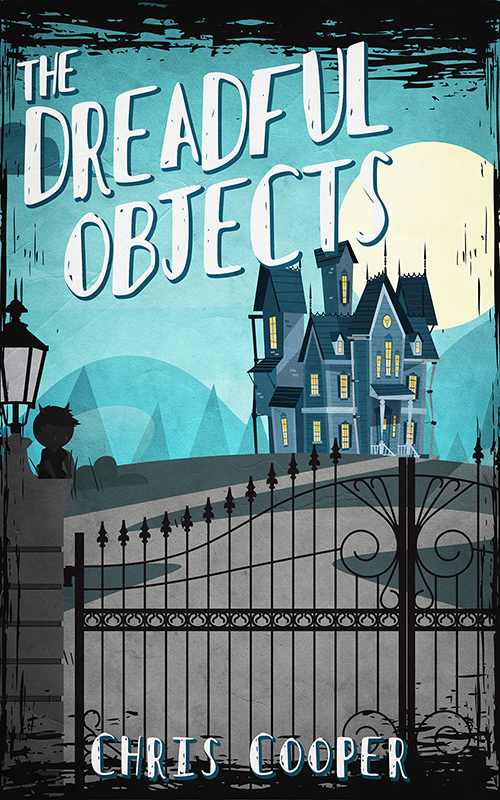 When his reclusive uncle commits suicide in a mansion full of curiosities, Jamie Lawson is left to clean up his dusty estate. As Jamie peels back the layers of his uncle’s life as a semi-famous horror author, he discovers an eerie connection between his uncle’s works and real life tragedies. Now, he must uncover the truth behind his uncle’s books while trying to rebuild his life in a new town. But, the bizarre facts he uncovers may just threaten his new life and everyone in it. 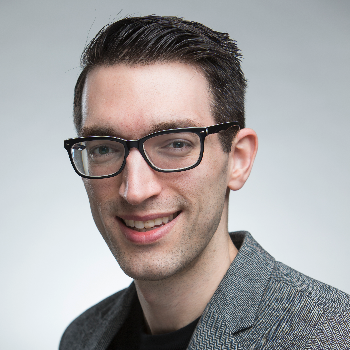 Chris writes whimsical stories that blend the best bits of supernatural mysteries with dashes of urban fantasy and horror.