Tales of a Spicy Life

I remember the abrupt crack of that first day. I pushed and pulled with all my might. It was dark, so dark. But the spring warmth and wet was all around, so push I did. Drumbeats of rain rattled above, guiding me on a blindly instinctual sojourn. The rain’s percussive song didn’t linger long, followed as it was by a warm steady sun.

Oh, that first time the sun touched me. I popped up, just a bit, just as much as I could manage with all my tiny might. The heat and light coursed through me like a bolt of lightning. Invigorated by the boundless energy, all I could do was push forward. Needling myself out in all directions, searching for purchase against the ever increasing sass and sway of the wind.

It wasn’t easy, but I saved every bit I could for the future. Looking forward to that day I could show the world my true colors. One can’t put on the kind of display meant to attract so many without a little sacrifice.

It felt like eons, but finally it was warm enough to shed my modesty. I stepped out into the world in the brightest yellows and whites and purples as I’m sure had ever existed. I knew I was doing it right. The world would recognize my beauty. It wasn’t long before the first suitor called. They fluttered up, acting all coy. Just a brush here, and a wisp there. Such a tease. An emboldened suitor brushed the first away and went straight for my prize. No hello. No how you doing. All business. Their caress was less gentle than I thought it would be. They didn’t seem to care much for the stigma of being all about the stamen.

Alas, they buzzed off like they had a schedule to keep and I was just another one of their Friday afternoon calls. They were nice enough to leave me an anther full of love that made the brusque encounter all worth it. There were others, more than a few. I enjoyed their company as they did mine. We all knew I wasn’t going to have my beauty forever. I mean, who does?

It wasn’t, in fact, too long before I was happy to shed those gaudy adornments. I had begun here and there to nurture the spice of life. I reached out, aching to grow taller and spread my reach. I would win out any competition for the precious light of my life and my capsaicinious children to be.

The days grew longer, and cast shadows many times that of the caster’s own reality. My limbs began to ache from the weight of prolific progeny as they grew crimson with envy. Proud children, each sought to outshine the other, and prove to me they were the most mature.

Then that fateful morning before the sun had even risen to kiss my children and I, they were shorn from my grasp by a biped’s searing sickle. A whole generation, taken from me more brusquely than the suitors who gave them.

I ached and cried, bent low from the pain and abuse. Nurturing the mild and greenly immature who were spared the culling with all the energy I had left. Only the life-giving rain stirred in my roots the memory of the purples and whites and yellows of which I was capable. My family would not be stopped. The beauty within me would see to it that there was yet more capsaicin in the world.

Time and again as the days grew shorter, my children and I fought burrowing vermin, tugging vultures, and rootless bipeds. Cycles of beauty, brusque encounters, and barbarity continued unabated. The fights and the hot sun only made me bigger and saucier. That is Ms. Serrano to you, thank you very much.

I missed my children but somehow knew they had gone on to flavor the world in their own unique ways. Some perhaps burned their signatures into the eyes and bellies of those veracious bipeds.

As darkness descended one crisp evening, I felt it for the first time. The blood of my very veins grew sluggish, then sharp. Before dawn the next day, my own ichor had expanded to burst the very hallways and rooms it occupied.  The few remaining children fled of their own accord, seeking shelter I could no longer provide. Some of the vermin, vultures, and bipeds I had once cursed, interred my children, allowing the hibernation that would lead some day to their own abrupt crack and first day.

As for me, well, it is time to return the energy and fire I borrowed so that my children may themselves rent it anon.

This story originally appeared in The Fiction Pool. 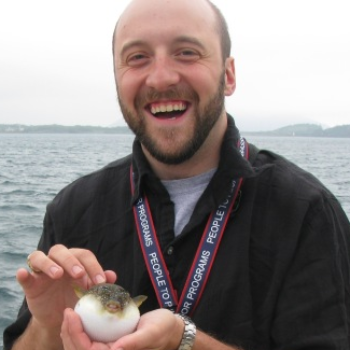