Keith made this story available for free. Say thanks by sending them a tip.    Send Tip

A single splinter caught the back of Rory's shirt, tearing it as he ducked through the hole in the fence. Wriggling free, he tried to twist himself to inspect the damage, but couldn't quite. He remembered days in years past when he could slip through the hole with ease and didn't want to think about a future when he wouldn't fit at all. But he was still growing.

Cursing softly, Rory turned away from the fence and toward the path that seemed impossibly bright for such a dark night. He'd have to mend the shirt at home before anyone saw. Before they saw.

Sounds filled his ears - the staccato chirp of insects, the wave-like patterns of wind through the dense leaves in the surrounding woods. He sniffed the fresh, raw night air, so different from the cloy of oil and ash in the factory. Quietly, he jogged down the path and up the hill.

Rory loved the hill, his private place. His place away from them. Still, it wasn't an unknown place. You could see it from the factory window even, in moments when they weren't looking. They had painted all the windows black, of course, but kids over the years had scraped away the paint here and there. You could look if you were fast and careful. There were faces of children Rory could remember, dreamers like him who weren't careful. They never came back.

As he reached the top, Rory slowed. He liked the way the plants gently waved in the night breeze and waited to see it before his presence disturbed things.

Peering over the edge, he saw his favorite spot. The short grasses hardly seemed to move, but the single rose growing there swayed gently, as if to the sounds of the night's music. After a moment, Rory smiled and went to where the rose grew, lying in the warm, lush grass beside it. He wasn't there for mundane things. He was there to watch the stars.

It took a long time to recognize patterns, but Rory had a secret diary. Almost nightly he wrote down what he saw, but there were times when something kept him from the hill. Usually, it was weather, but once he'd been caught out of bed. Luckily, they found him long before he got outside, so his secret remained safe, but it meant four nights he missed the stars. Those gaps in his diary burned like acid in his stomach. Still, over time he noticed things, repetition. It had taken years - years stuck at the factory, stuck with them - but the patterns were real. They were the only things that kept his heart going.

Lying on his back, Rory flipped through his notes, making mental calculations. "It should be tonight," he thought. As he gazed at the billions of multicolored dots blazing above, he almost missed the first one. A white streak of light tore through the sky, right to left. "It is tonight," he said with a satisfied grin, speaking to no one more than the hill or the grass or the rose.

Soon they increased, darts of light flying in all directions, radiating from an unseen source. Rory nearly laughed out loud, so in love with the moment. He stopped watching only long enough to make a few hurried notes in his diary.

When they diminished, a long time passed before he would admit the shooting stars were over. Still on his back, his smile faded and a tear slipped from his eye, bleeding down into his ear. He wiped at it with a grimy hand, leaving a streak of dirt across his face. It was late now, so late it was almost early. He got up from the grass and stood beside the rose, still looking at the sky. "If only I could, I would get away from here. I would fly among the stars in that beautiful sky." Turning, he ran down the hill toward the fence, knowing that sneaking in was as dangerous as sneaking out.

As Rory departed, the hill sat still as if waiting, with only the sound of the wind rattling the leaves. Soon, the insects renewed their chirping, and finally, the rose began to sway in time. Its petals spun in a radial pattern as it opened up once more, and from inside its center, two eye stalks appeared. The rose swayed back and forth as if tugging at its own roots, trying to break free of the hard grip of the hill, though it couldn't budge. Its eye stalks gazed upward, toward the night sky. The very center of its swirling petals opened like a small mouth, and from that mouth, a voice came. "If only I could, I would get away from here. I would tear down the stars from that mocking sky."

Keith made this story available for free. Say thanks by sending them a tip.    Send Tip 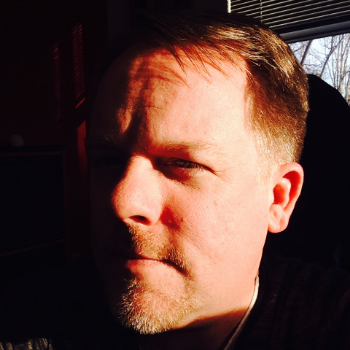