Phoebe made this story available for free. Say thanks by sending her a tip.    Send Tip

I wear my loneliness like an old jacket, battered and ragged with the liner spilling out--the sort of thing no one would ever choose to be theirs, but as long as it's mine I'll wear it out.  Autumn is coming and it gets cold on Mimas.

"Don't be a fool," says Anh, my partner here in Mission Control.  It's just the two of us watching over the Herschel rover as it trudges across Mimas, a far cry from the days when rooms of serious scientists fussed over every maneuver, named every speck of dirt, spent days deciding which way the camera should point.  "It's not natural.  We can't just ignore it!"

Few on Earth care about Mimas, really.  The Zuhal probe had dropped landers on cloudy Titan, with its freezing winds and methane seas, and Enceladus, spitting out water like God's own fountain, and Iapetus, which looks like aliens glued two different moons together.  Cold little Mimas is an afterthought--all it's got is a coincidental resemblance to hundred-year-old space fantasy.

It's a lonely, quiet place.  Perhaps once humans break the code of the universe, build ships that make starflight as easy as a stroll to the beach, Mimas is where people will go when they need somewhere to whisper their sins where no one will hear, not even God, but I'm sure the old buzzard wouldn't listen anyway.

"Why not Mimas?”  Anh asks with a frown.  "Don't tell me you're going to tell him to just walk right by."

I can't bring myself to believe what it's seeing is real.

When I was a kid I found a hundred-year-old tombstone, nibbled by acid rain and folded in greenery, that carried my name.  Would the same thing happen to me in another century, an entire life distilled into a slab?  How close did humanity itself come to that--an entire species, an entire world ground down into lunar landing debris and a handful of probes flung so deep into the darkness that no one would ever find them again?

Is that what Herschel's found?

"That can't be right.”  My voice is hesitant, but not without cause.  Other probes found squirrel-shaped rocks on Mars, hell, found what people were desperate to think was a face, built for them by some grander power.  "Perspective.  Trick of the light."

"Bullshit!" There's a sharpness in Anh's eyes, an iron gaze.  "Those are right angles.  You can't expect me to believe it's a camera glitch!"

Anh has a point.  Nature doesn't create shapes like that, not when it's only got bombardment to work with.  There's a peppery patina of miniature craters all around, some too small to fit my little finger in if I could stand there unprotected on that Mimantean shore.  It looks like a statue of something that slithered, maybe, or drummed along on enough legs to make slackers of millipedes, something that never lived on Earth.  It looks grey but real, like some kind of watcher who can't bear to let Saturn out of its sight.

"It's...”  I try to come up with an excuse, any excuse, out of fear.  If Herschel and Anh were right, today was the day people had been looking forward to for hundreds of years.  Real evidence of an extraterrestrial civilization close enough to touch, an answer to the Fermi Paradox that Caesar might have given: we came, we saw, we left.  The news would roll like a tsunami across the world, washing away humanity's conviction that they were alone...  and then what?

I want to look at the sky and feel wonder, that exhilarating connection to the world beyond the sky no matter how much it dwarfs me.  To feel the grandeur of stars that'll shine for a hundred billion years, nebulas that paint the darkness in reds and violets and every color in between, galaxies that flow like golden rivers across the night.  When I look at the artifact, that watcher, all I see is emptiness.  I see ancient stars cast flickering light over decaying cities, nebulas that veil the faces of shattered worlds, galaxies where civilizations drowned with no one to hear their cries for help.

There's still plenty of time for humanity to carve its own tombstone.

Over Anh's protests, I tell Herschel to keep on moving--there might be a good hole just over the next hill, one that leads down to the interior ocean no one's quite sure exists or not.  I make sure Anh doesn't see the extra instructions I send, that for now will stop Herschel from accepting any commands that don't come from me.

I go outside into the empty hall.  It's still the same recirculated air that tastes of dust and cracking plaster, yet fresher than what I breathed in Mission Control anyway.  There's a vending machine under a flickering fluorescent light and I tell it to brew me some dark pu-erh.  While it works, I have time to think.

I have time to know I can't convince myself of the lie.  I have time to realize that nothing I do matters.  All of Herschel's telemetry will be parceled out to the world soon enough; we didn't spend hundreds of millions getting it out to Saturn just for the thrill of it.  Some conspiracy nut will find the watcher, the same way they found glass towers on the moon or Martian pyramids, except this one will be right.  It's easy to deny the truth of something that doesn't exist, but when it's right there on the other side of a camera, the truth has many paths to victory.

We would no better then, all of us.  We'd know that there had been beings greater than us, grander than us, who'd come here and left their mark and disappeared.  The next questions are easy to guess: What happened to them?  Where did they go?  Will the same thing happen to us?

Herschel can't tell us that.  Neither can Mimas.  It's a thing so lifeless, the universe will end before it can die.  All it offers is a grey immortality.  If no one retrieves it, Herschel will stay there until the sun retreats into a pale, cold diamond, just as the watcher.  It's the perfect place for a gravestone.

The vending machine gives a teakettle's whistle.  I take my drink and, after a moment of thought, dip a finger in it.  I expect it to burn and sear, but it's been a while since the machine has pulled down an update.  The pu-erh is tepid and tastes like ash, or Mimantean dust, and it shreds my insides on its way down.

I don't expect anything to taste much better, now that I know what I know.  Still, I carry it with me back into Mission Control.  Even when all the paint has flecked off the world and the gears are grinding, we all must carry on.  Anh dashes away from my station as soon as I reenter, and stamps straight to me.

"You're not going to hide this," Anh says.

If I could do it over again, I'd make sure no one ever knew.  Every explorer tries to forget the possibilities they're crushing with every step.  Take Mars; it used to be a world of elegant canals and romantic adventure--then we learned what it was, and no matter how hard we closed our eyes and wished it was otherwise it would only ever be a rusted desert, howling and lonesome.  Before we went out among the stars, they were filled with civilizations that had faced their own troubles and made it through.

Phoebe made this story available for free. Say thanks by sending her a tip.    Send Tip 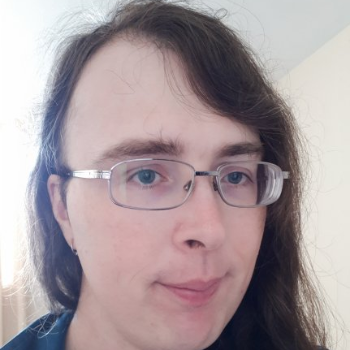 Phoebe Barton writes stories that she does a surprising amount of calculations for.