Charles made this post available for free. Say thanks by sending him a tip.    Send Tip

From the author: Comparing two versions of the sci-fi murder-mystery novelette "By the Will of the Gods."

Greetings all! Today I'm talking about the first material I've put up on Curious Fictions -- the earliest and the published version of my first sale, "By the Will of the Gods." Hopefully these will be of interest to those who want to see the nuts and bolts of writing!

Since I'm not really expecting anyone to read two versions of a ~13,000-word story, I'll sum up some key differences that I see.

The first draft has less of a reason for a fight between the main character and a key antagonist. The published version adds a slight bit more texture to this antagonist, which is important several places throughout the story.

The published version gives the main character at least some internal conflict in the intro and near the middle, adding much-needed energy. There's also a lot more on the story's mentor character, deepening his importance.

By the way, the story I submitted to Analog isn't quite the published version. In the months between acceptance and galley proofs, I spotted a key plot hole I plugged; I changed the setting of one scene to make it more dramatic; and I tweaked it innumerable ways.

I owe ideas for revisions to a bunch of great readers, including Tara North, Lou Mazzella and Geoff Landis. Suffering through a long novelette to give cogent tips isn't easy, and their help was much appreciated.

Is the published version perfect? Certainly not, but I still quite like it, and I'm glad Analog did too. Paul Valéry is known for a quote to the effect that "a work is never completed, but merely abandoned."

I know I rather blather on about my one published sale, but I'm one of those guys who really likes DVD commentaries; I like behind-the-scenes looks at craft to help me learn, ala the fun Writing Excuses podcast.

I really like the chance Curious Fictions offers authors to do things like post early drafts, character biographies, deleted scenes and chapters, and other behind-the-scenes material; serialize entire novels; and much more. I hope to explore these possibilities in the future!

Charles made this post available for free. Say thanks by sending him a tip.    Send Tip 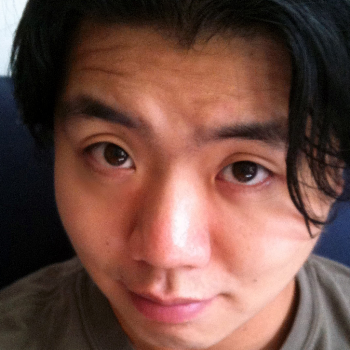 Charles Q. Choi is exploring what happens at the edge between the unknown and the impossible.