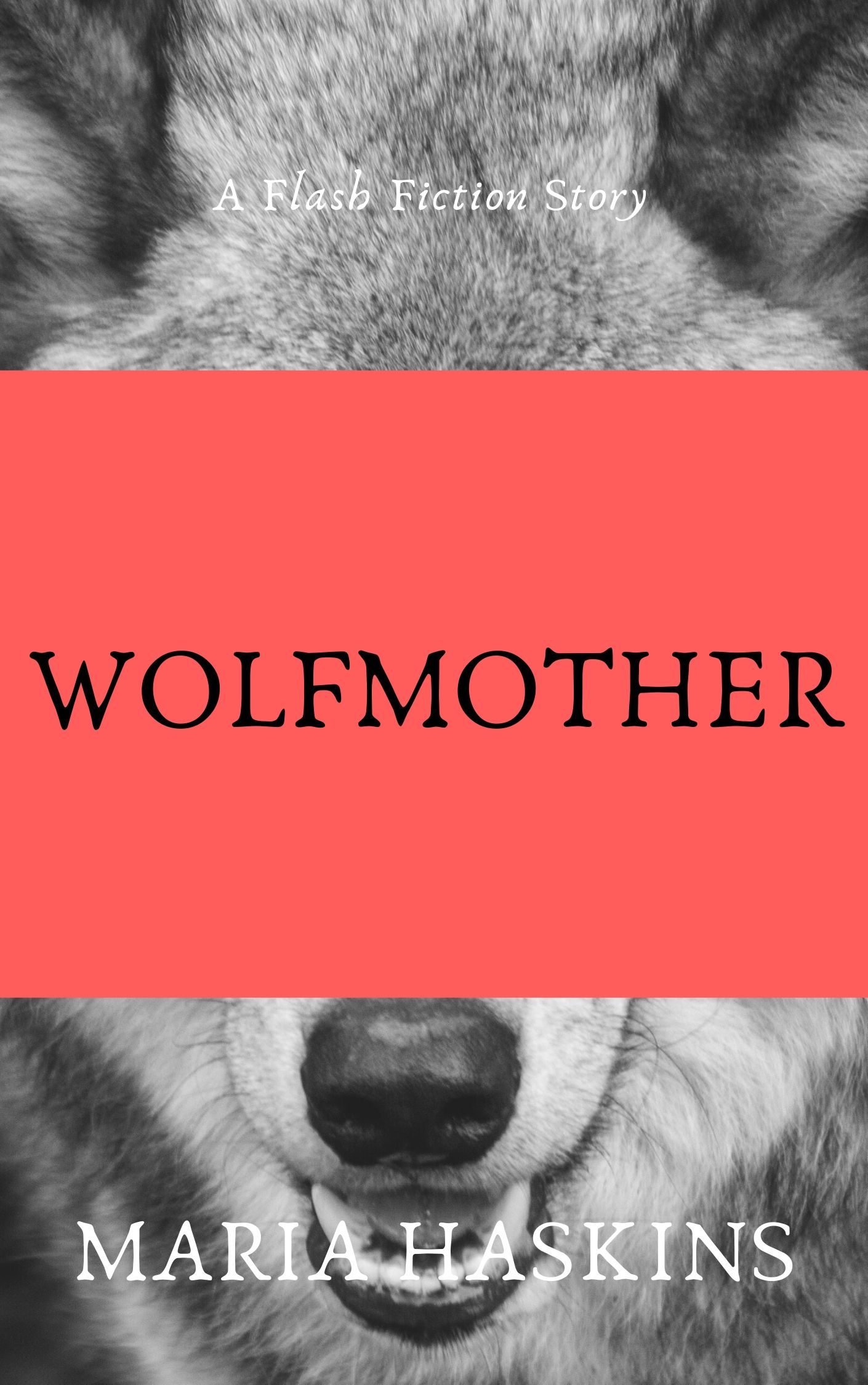 From the author: Alba tracks a wolf into the mountains and finds something she did not expect to find.

[Last month, for the first time in a long while, I was not able to complete a story in time for The Word Count Podcast. However, I still wrote a story, and I am premiering it here on Patreon. I'm posting it in the text of this post, and also in mobi, pdf, and epub format, all attached. I hope you like it!

The story prompt was a picture of a wolf, and the word "isolation".]

Alba has been tracking the wolf since sunrise. It’s late morning now as the beast leads her away from the fields and byres of the valley, up into the mountains. Beeches, alder, and rosehip turn into pines and birches as the slopes get ever steeper and rockier.

The sun climbs to midday, but it barely warms the early spring air. Still, Alba does not slow her pace, breathing hard, sweating beneath her worn leather armour and patched red soldier’s cloak. The wolf does not slow either. It keeps ahead of Alba, trotting fast and sure back to its den. Even with a belly full of scavenged meat it’s moving swift and steady. Whenever Alba catches sight of it ahead, it is a moving shadow. A sliver of grey between the trees.

Alba feels the familiar weight of her bow and quiver on her back, of the knives at her belt beneath the cloak. Five years at war after being conscripted. Five years of being forced to serve the king and realm in whatever wars the rich and powerful deemed necessary. Five years away from this valley, away from the homestead, away from her family. And once the five years were done, there was the two weeks journey to make it home from the mud and horrors of the front. And then...

Alba forces the memory aside and quickens her pace, each breath a knife’s edge between her ribs.

Yesterday, she knew what she was. A soldier, returning home from war. Daughter. Sister. Granddaughter. Now, she is nothing. Just a tangle of rage and grief.

Alba knows she should feel hunger, thirst, exhaustion, but she feels only a burning purpose: to follow the wolf. To end its life with knife or arrow. To punish someone for everything she’s lost.

She could turn back. Could leave the wolf to its own devices, but there is nothing behind. Nothing left of what was Alba’s life until now. No homestead with Ma and Grandma tending the cattle and garden, no siblings or dogs to greet her, no Pa wiping the sweat off his brow as he looks at her and smiles from the barn. All gone. Looted. Killed. Burned.

Five years. Every day another stitch of pain and longing in the fabric of Alba’s life. And then everything she yearned for ripped away while she was on her way home. The deed done by raiders from one side of the war or another.

Anger burns like a fiery brand in Alba’s chest, but the guilt is worse. It’s a spear, twisted in her heart. That she was not there to help. That death came calling while she was away.

Alba thinks of Grandma’s dead body on the threshold and the wolf standing over her, hackles raised, teeth bared, muzzle rusty with gore. She thinks of the ravaged bodies in the yard. Food for crows. Food for a wolf. Alba yelled to make them scatter and they did, but the damage was done. Flesh torn. Bones picked clean. And no one there to punish, only the wolf, come to eat what was left of Alba’s life.

Alba follows the wolf as daylight fades. Up the mountain where gravel and rocks slip beneath her feet, and the wolf stays ahead, revealed only by the mocking gleam of its silver fur, the shadow of its stride.

It gets colder as evening falls, and Alba buttons up the worn red cloak, pulls the hood up over her hair. The sun has almost set when she reaches the crest of a ridge where crows and ravens scatter in the fading light, crying with displeasure. The peaks of the mountain reach up high above her, a jagged edge of rock and snow. Alba does not see the peaks. She sees only the wolf.

The beast is so close now that Alba hears its ragged breathing, but there’s a stillness beneath that sound that makes her pause, rather than nock an arrow or unsheathe a knife. A smell of rot in the air brings back battlefield memories, nightmares of the war, as the noisy tumult of retreating crows shakes loose her grief and pain. Alba sees it, then. Sees the wolf, the world, herself, true at last.

The wolf’s belly hangs low, teats long from suckling pups. A wolfmother. Pups not yet weaned. Behind her on the ridge is a den, but the hollow between the rocks has been torn open. Blood and gore streak the ground. Slaughter work. Hunter’s work. Killing. Skinning the bodies to bring the hides to town. Leaving the rest for crows and ravens. Whatever pack lingered here, whatever pups and grown wolves called this home, they are gone. All except one.

Wolfmother stands with her head low, tongue lolling. She is a tired beast. Alba feels her own limbs ache and burn from running all day. She is so close to the wolf that she sees every silvery hair on Wolfmother’s snout, the puckered scars on her head, the freshly torn ear, the hot breath cooling into mist.

And in the setting sun, Alba sees herself as Wolfmother sees her: a tall, young woman in a faded red cloak and worn soldier boots. Body and soul scarred and twisted by war and grief, hunger and rage.

Wolfmother’s amber eyes kindle in the last rays of daylight. Alba wants to look away but cannot because something new and unexpected shivers between them as their breaths mingle in the cooling air. An understanding. A kinship. A bond that is new and tenuous, like a slight root tendril as it first reaches from seed into soil. But it is there, and it is undeniable.

Alba’s body sags beneath the weight of everything she’s lost. Up here, above the world, she is nothing but a hollow bone, and when the cold wind picks up it blows right through her, the sound of it a wordless, keening lament.

Wolfmother’s voice joins hers, the fierce edge of a mother’s anguish twining about Alba’s own rage and sorrow. In the silence that follows, Alba touches the rough silver of Wolfmother’s head with cold fingers. The wolf exhales, and the sound is a sigh.

“I know,” Alba says and turns to look down at the valley below as day fades into night. The river like a silver ribbon. Fields stitched together by ditches and fences. Roads and trails. Tracks to follow.

Alba knows it might take weeks to find the hunters who skinned the wolves on the mountain. Longer still to track down the raiders who ravaged the homestead. But at least she will not be doing it alone.