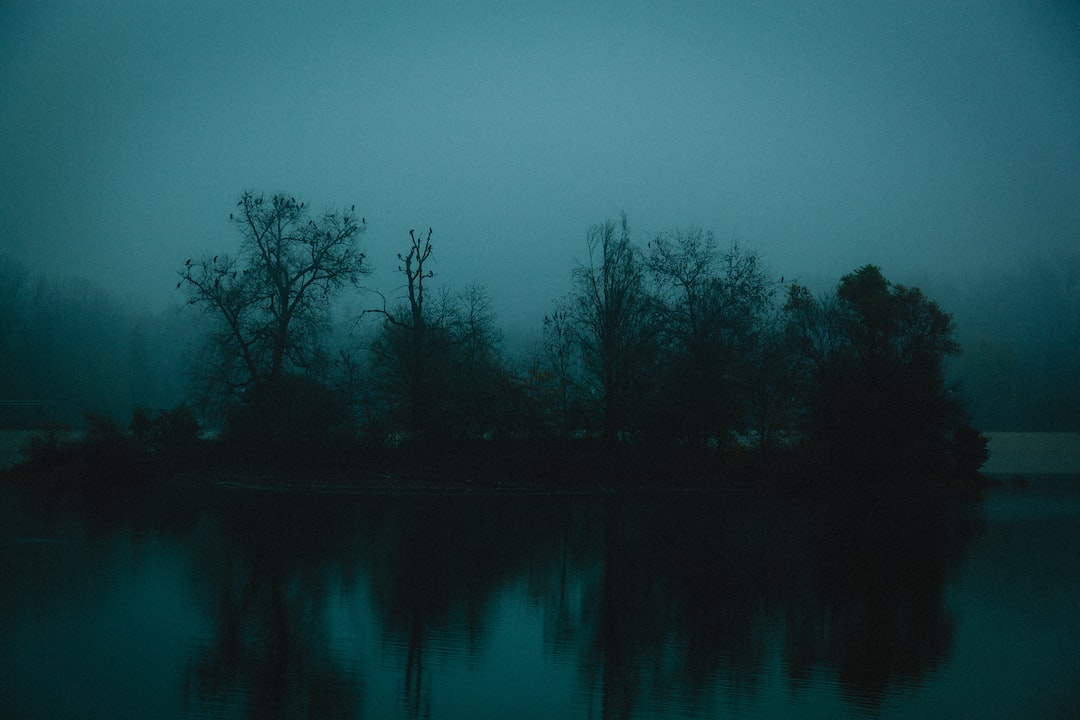 Photo by Viktor Juric via Unsplash.

From the author: The Moon and her daughter go fishing.

Three nights ago the moon was replaced with a hard boiled egg. It does not rot, because the vacuum of space keeps it chilled. Nor does it freeze entirely and shatter into dust, because the egg was placed in the sky with magic.

The moon, the real one, not the egg, is fishing with her daughter on a lake somewhere north of Seattle. It is evening, and bats flit about their tiny rowboat, plucking insects from the air before they can land and bite.

The daughter, Susie, does not trust the bats any more than she does the bugs, and huddles tight over the fishing pole. Her mother beams a smile at her, not thinking of bugs because she is made of light and rock and poetry. Bugs do not eat poetry.

The lake is small and remote. The shore all around it is missing its water, and algae covered rocks are exposed to the air. The water gathers underneath the boat, fighting to be near her, longing like all waters do for the moon. A hill rises on the lake, and the fish, disturbed by strange currents, gather deep below the boat and wait restlessly to be left alone.
None are biting. The fishing trip is a disaster. Silence weighs deep between the benches of the rowboat.

"I wanna start wearing makeup," says Susie. She blushes and looks far across the lake, far from her mother's eyes. "I took twenty bucks out of your purse and bought a bunch of eyeliners at the gas station and I'm sorry but I want to wear makeup and you don't have any at the house."
The moon blinks back her disappointment at the theft and surprise at the confession, and nod slowly. She has never worn makeup. Her beauty could not be improved by mortal instruments. She believes that her daughter could not look more lovely, but she knows that she is seeing Susie in multiple facets. A perfect tiny baby, an artistic eight year old, and the tenacious twelve year old who would steal for her ideals and feel bad enough after to confess.

The moon leans forward in the boat and offers her own confession. "I don't know how to put on makeup, Susie. I won't be able to help you."

Susie does not need her mother's help. She has watched at least a hundred tutorials on YouTube, and practiced every night while her mother went off to rise in the sky. "I could show you some tips," she says. "I've gotten pretty good at wings. It's basically drawing, but your face is the paper."

The moon reels in her fishing rod and drops the bait into the water as apology for disturbing the fish. "I'd love that." She flicks her wrist, and the obliging lake carries their rowboat back to the trailer that waits on the shore. They hitch their rowboat to the moon's Subaru, and pack their fruitless fishing trip back to town.

"Do you want to get fish and chips?" asks the moon as they pass a turn off for a Denny's.

Susie grins. "I knew it's the only way we'd catch anything."